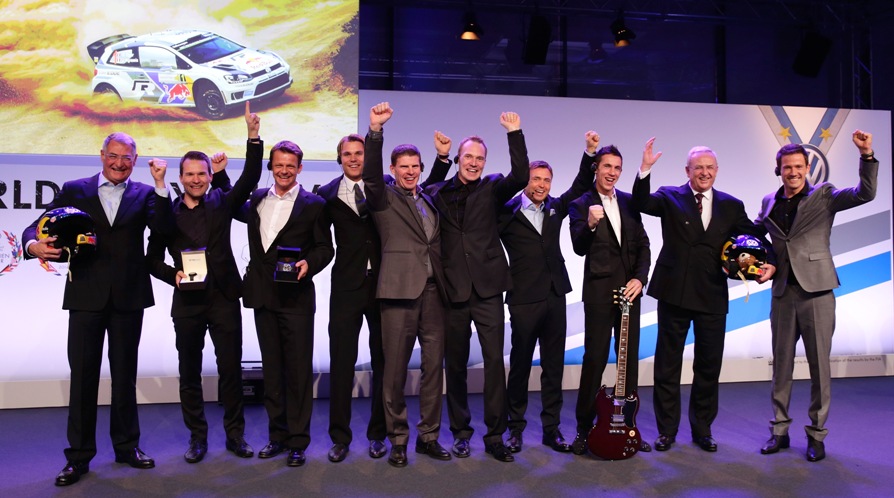 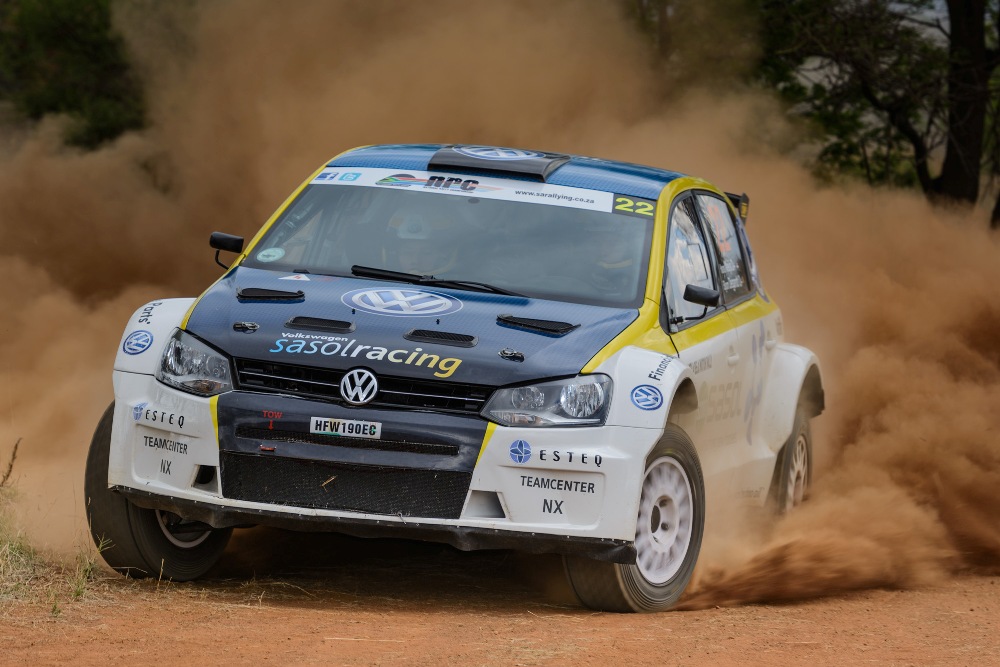 Manufacturers’ World Champion, world championship titles in the drivers’ and co-drivers’ standings*, and a new record for number of wins in the FIA World Rally Championship. The 2014 season was a new milestone in the history of the Volkswagen brand. Reason enough to celebrate successfully defending the titles and the countless sporting highlights with a grand end of season gala. More than 500 guests made the trip to Wolfsburg (D) to celebrate with the world champions at the weekend, including Dr. Martin Winterkorn, Chairman of the Board of Management of Volkswagen AG, and Dr. Heinz-Jakob Neußer, Volkswagen board member for the Development division.

“We look back on an incredibly successful year and can be proud of what we have achieved,” said Volkswagen Motorsport director Jost Capito. “Twelve wins in one season; that was the icing on the cake in an extremely successful year.” Two-time World Rally Champion Sébastien Ogier (F) was also delighted with the events of the season. “It was another fantastic year for my co-driver Julien Ingrassia and me. We’re already looking forward to next season. But first I’d like to thank my team at Volkswagen Motorsport and all the fans, without whom this superb success wouldn’t have been possible.” The 2015 season of the FIA World Rally Championship kicks off with the Rally Monte Carlo from 22 to 25 January 2015.

Sébastien Ogier (F) has already shown just how skilful he is on the four wheels of his Volkswagen Polo R WRC. And soon the two-time World Rally Champion* will be speeding off on two wheels. On his visit to the Ducati plant, a Volkswagen subsidiary, in Borgo Panigale, just outside Bologna (I), Ogier received a limited edition Ducati motorcycle in recognition of his sporting success in the FIA World Rally Championship. The Ducati 1199 Panigale S “Senna”, of which there are only 161 in the entire world, was built in honour of Formula 1 legend Ayrton Senna who died in 1994, and was imported specially from Senna’s home country Brazil. “In my eyes, Senna is the greatest motorsport hero of all time. He’s my idol,” said Ogier. “The Ducati 1199 Panigale ‘Senna’ is a fantastic gift. It’s a lovely way to commemorate Ayrton. Ducati has done a great job.” Dr. Heinz-Jakob Neußer, Volkswagen board member for the “Development” division, handed over the key to the special edition at Volkswagen Motorsport’s end of season party in Wolfsburg (D).

At the end of the Bela-Bela Rally, Hans Weijs (ZA) and his co-driver Björn Degandt (ZA) in the Volkswagen Polo S2000 had every reason to celebrate as the South African duo had not only just won the final round of the national rally championship but also finished the season second overall in the drivers’ championship. “You can hardly imagine a better way to finish the season,” said Weijs. In the penultimate round of the championship Leeroy Poulter/Elvéne Coetzee (ZA/ZA, Toyota) had already been crowned national rally champions.

Thousands of Volkswagen fans took advantage of the final opportunity of the year to see the best team in the 2014 FIA World Rally Championship up close and in action once again. At a big show event in Volkswagen’s home city, two-time World Rally Champion* Sébastien Ogier (F) and his team-mates Jari-Matti Latvala (FIN) and Andreas Mikkelsen (N) showed off their driving skills in the Volkswagen Polo R WRC on a cordoned off course not far from Autostadt and the Volkswagen plant. Some fans were lucky enough to win a ride in a Volkswagen branded World Rally Car. “It’s a fantastic way to end the season,” said world champion Ogier. “The fans put their heart and soul into supporting us throughout the entire season. Without them we wouldn’t have been able to get such an outstanding team result this year.”