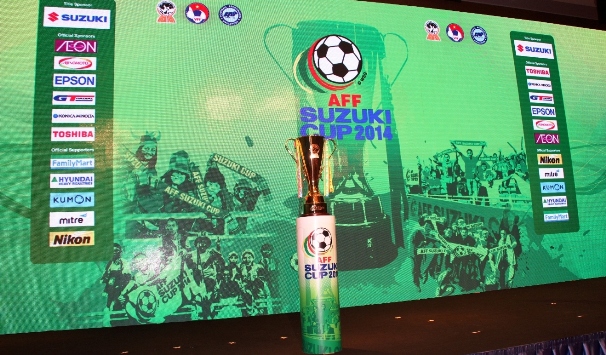 HANOI – In a move to protect the integrity of the biennial showpiece that is the AFF Suzuki Cup, the regional football body has called on Sportsradar to monitor the tournament which is being concurrently held in Vietnam and Singapore.

The AFF which promotes and supports the interests of the 12 South East Asian football federations, entered into a partnership agreement with Sportradar to secure the unparalleled coverage and analysis of the global betting markets offered on all 18 matches of the AFF Suzuki Cup 2014.

Under the agreement, Sportradar will also be providing their unique education workshops to the tournament officials, both in Hanoi and Singapore.

The AFF Suzuki Cup takes place every two years, and this year, the tournament will be jointly hosted by Vietnam and Singapore, with the eight teams contesting the group stages until 29th November, after which the four qualifying teams will look to reach the finals and get their hands on the trophy on 20 December 2014.

Sportradar’s Fraud Detection System will notify the AFF if there are any suspicious betting patterns on any of the 12 group games or the six games in the knock-out stages.

Speaking about the deal, Lt Gen Dato’ Azzuddin Ahmad (Retired), the General Secretary of the AFF, said: “The AFF Suzuki Cup is the most exciting competition in the region and has been electrifying fans since 1996. But we are not blind to the dangers that match fixing and manipulation poses. Together with the best monitoring system available, we will be vigilant, precisely so that our fans don’t have to be.

“They can just focus on enjoying the highly competitive and entertaining tournament and doing all they can to will their respective teams to the title of champions!”

Representing Sportradar at the signing, Senior Manager – Asia Oscar Brodkin had this to add: “The last 12 months has been a whirlwind for Sportradar in Asia. We have been welcomed and supported by so many federations. It should be incredibly encouraging and reassuring for all football fans in the region that leaders across Asia are standing strong in the face of match-fixing.

The AFF today have shown their unwavering commitment to integrity and we will work tirelessly to help the tournament officials spot the danger signs and to keep the AFF abreast of any suspicious behaviour in the regulated and unregulated betting markets. The players and fans will make this is a magic tournament; we will do all we can to keep it honest.”