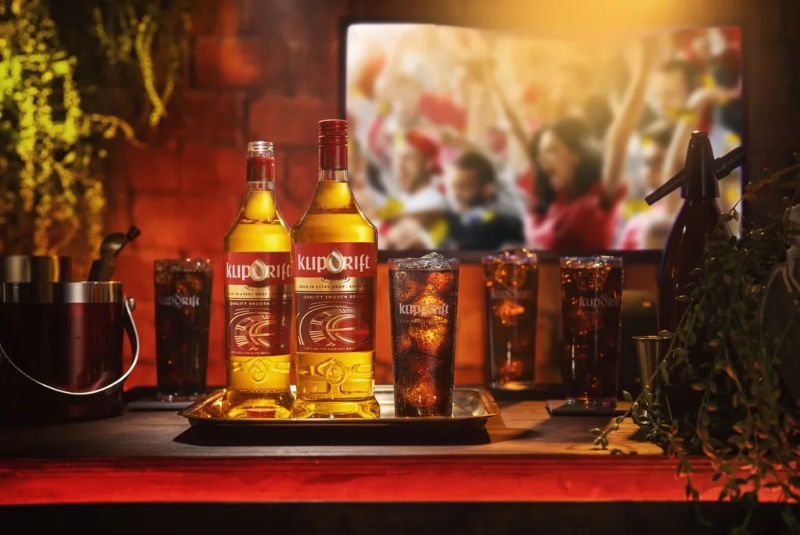 Kilpdrift brandy products to be available throughout stadium concessions and hospitality

World Rugby has today announced Klipdrift as an Official Sponsor of Rugby World Cup Sevens 2022, which will be hosted in Cape Town, South Africa, from 9-11 September, 2022.

Klipdrift is an iconic South African brandy that joins the expanding World Rugby commercial family for this year’s event.

Twenty-four men’s and 16 women’s national rugby sevens teams will come together in Cape Town later this year to compete for the coveted Rugby World Cup Sevens silverware in what will be the eight edition of this prestigious tournament.

Fans will be able to enjoy a range of Klipdrift brandy products  throughout concessions at the Cape Town Stadium as well as in hospitality areas over the three-day event.

As long-time supporters of sport in South Africa, Klipdrift believes in bringing friends together and enabling moments of celebration and friendship. Rugby sevens is a renowned  fan-favourite with a reputation for electrifying rugby and a fun-filled atmosphere which will be brought to the global stage this September.

The 2022 edition of Rugby World Cup Sevens follows a hugely successful 2018 event in San Francisco which broke numerous records both on and off the pitch.

No stranger to rugby sevens, the Cape Town Stadium has hosted the sell-out HSBC World Rugby Sevens Series event since 2015 and anticipation for Rugby World Cup Sevens continues to grow on both a local and global level.

World Rugby Chief Executive, Alan Gilpin, said: “We are delighted to welcome Klipdrift to the Rugby World Cup Sevens 2022 commercial family at the beginning of what is a big year for rugby sevens.

“Klipdrift’s brand embodies so much of what rugby sevens is about; fun, friendships and sharing moments of celebration, and we’re very much looking forward to working with them over the course of the next eight months.

“Our plans continue in earnest in partnership with SA Rugby to host a memorable event, and it has been great to see rugby sevens back in action with two HSBC World Rugby Sevens events held already this month, acting as crucial preparation for teams as they build towards Rugby World Cup Sevens later this year.”

Distell Marketing Director for Southern Africa, Natasha Maharaj, said: “We are delighted to confirm that Klipdrift is an official sponsor of Rugby World Cup Sevens 2022 in Cape Town. As a brand with such rich heritage in South Africa, it gives us great pride to join the commercial family of such a prestigious event that will inspire so many not only here in South Africa but across the globe.”

Distell Managing Director for Southern Africa, Wim Buhrmann said: “Our brand has long been a supporter of South African sport and we couldn’t think of a better event to partner with given our brand’s core values of friendship and enjoyment. We very much look forward to working with World Rugby and SA Rugby on the exciting journey to Rugby World Cup Sevens 2022.” – WORLD RUGBY