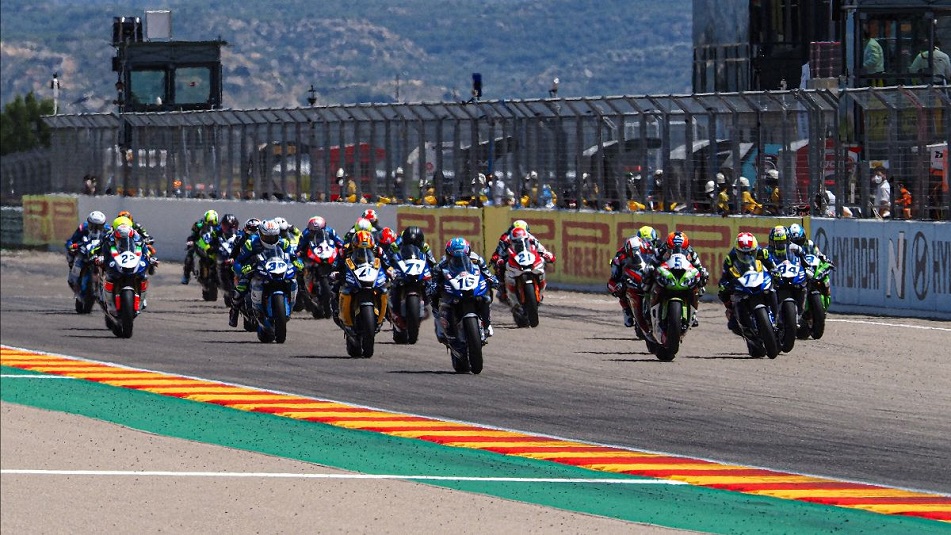 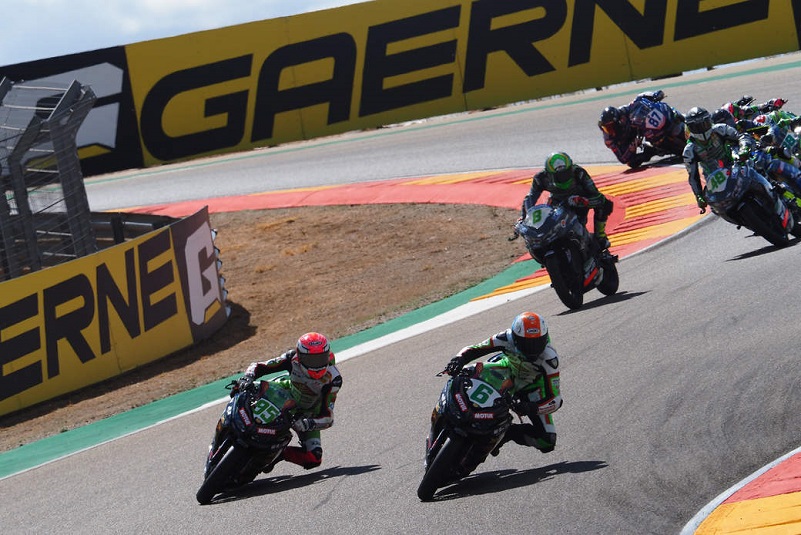 Just a week on from a thrilling weekend at Aragon full of drama and tension, the WorldSSP paddock gets to do it all again at Estoril

After returning to action at MotorLand Aragon last week, the FIM Supersport World Championship heads straight across the Iberian Peninsula for the Gaerne Estoril Round for the second round of the 2021 campaign at the Circuito Estoril, the same venue that closed out the 2020 season in sensational style. In Race 2 last year, the top four were separated by just one second at the line as the chequered flag fell on the season.

Last year at Estoril, Odendaal secured his joint-best result of the season with fourth place after a thrilling four-way battle in Race 2, and with two of the four from that battle having moved on, he will be looking to move up the order. If the Race 2 battle from Aragon is anything to go by, as well as last year’s Estoril thriller, then the 2021 edition could be just as dramatic and exciting.

Rookie Dominique Aegerter (Ten Kate Racing Yamaha) made a strong start to his WorldSSP career and currently lies second in the Championship after taking second and fifth at Aragon. Although he has not raced at Estoril on WorldSSP machines, he has competed there on three occasions while in the Moto2™ World Championship, claiming a best result of fourth place. The Swiss rider will be hoping he can at least repeat that performance as he looks to close the gap to Odendaal.

Aegerter lies just four points ahead of third-placed Raffaele De Rosa (Orelac Racing VerdNatura), who so narrowly missed out on his maiden win in WorldSSP last time out, finishing 0.100s behind Odendaal.

Like Odendaal, De Rosa was involved in the mega Race 2 scrap at Estoril last season, finishing ahead of the South African to claim a podium place. De Rosa also brings Moto2™ experience with him with the best finish of sixth. It’s been a strong circuit for the Italian in the past, could this be the weekend he finally claims his maiden WorldSSP victory?

Hannes Soomer (Kallio Racing) is five points behind De Rosa, on 22 points, after another strong showing at Aragon, as he continues his fine form. Soomer claimed one podium at last year’s Estoril Round, in Race 1, and was only just over three seconds away from victory in Race 2 despite finishing in eighth. Another rider who has had strong performances at Estoril, Soomer will be one to watch out for.

Christoffer Bergman (Wojcik Racing Team) finds himself fifth in the standing after a history-making Aragon Round where he became the first Swedish rider to lead a race in WorldSSP. Bergman did not race at Estoril in WorldSSP last year but did make an experience in endurance racing at the venue, his experience could prove to be useful as he looks to continue his fine start to the season.

One rider who can count himself very unlucky to not be further up the standings after two races is Jules Cluzel (GMT94 Yamaha) after the Frenchman was taken out of the lead by Niki Tuuli (MV Agusta Corse Clienti) in Race 1, while he led Race 2 for a few laps after starting at the back of the grid. Cluzel has experience of Estoril having raced there in 2020, securing two ninth places. However, for Cluzel it was his first race back after suffering an injury following a crash at MotorLand Aragon.

Philipp Oettl (Kawasaki Puccetti Racing) and Manuel Gonzalez (Yamaha ParkinGo Team) go into Estoril level with Cluzel in the standings, with San Marino’s Luca Bernardi (CM Racing) three points behind. Gonzalez secured his best result in WorldSSP last time out at Aragon while Bernardi secured San Marino’s best ever result in the class; with all three riders showing rapid pace throughout the Aragon Round.

2019 Champion Randy Krummenacher’s (EAB Racing Team) return got off to a challenging start at Aragon but the Swiss rider brings with him experience of Estoril having competed there in Moto2™, taking a best result of ninth. Federico Caricasulo (GMT94 Yamaha) also had a challenging weekend on his WorldSSP return, but heads into Estoril with experience of the circuit from his 2020 WorldSBK exploits.

Championship Standings (after Race 2, Round 1)