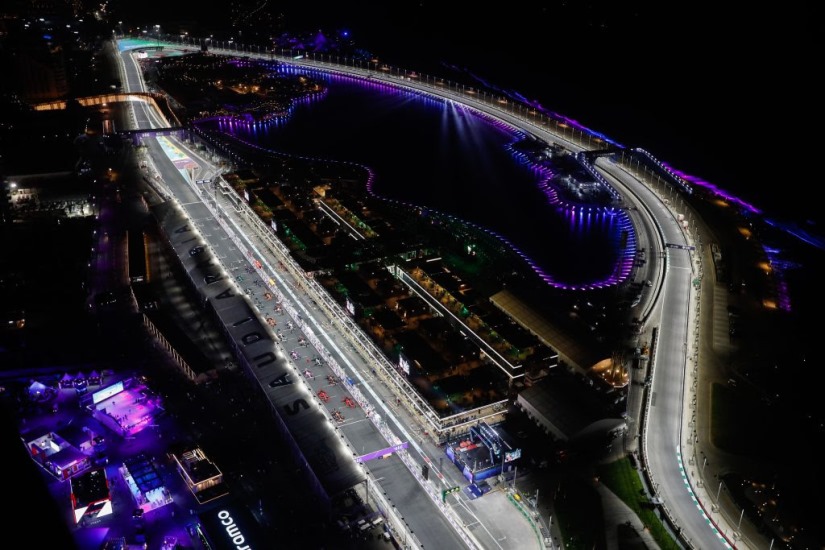 The race for the 2022 WTCR − FIA World Touring Car Cup Drivers’ and Teams’ titles reaches its climax in Saudi Arabia next week (November 25-27) when the final chequered flag will be waved on the all-action series after five seasons and 108 races.

With a 60-point advantage in his bid to be crowned King of WTCR, Goodyear #FollowTheLeader Mikel Azcona is preparing to head to the Jeddah Corniche Circuit in the knowledge that it’s very much his title to lose following a standout campaign in his BRC Hyundai N Squadra Corse Elantra N TCR.

Indeed, the third fastest time in Qualifying will be enough to make him the first Spaniard and the third BRC-run driver to win the coveted title, regardless of how Néstor Girolami − his closest rival – performs aboard his ALL-INKL.COM Münnich Motorsport Honda Civic Type R TCR.

“WTCR Race of Bahrain was fantastic, a very good weekend for us,” said Azcona. “This is a very important moment of my career and I know I can achieve a great result. My goal is to win the world title and I will do everything possible to get this.”

Girolami, a two-time winner in 2022, said: “The title looks very hard now but it’s not finished, so we’ll be in maximum attack for Jeddah and see where that leaves us.”

While Azcona, 26, is in the title ascendency after 16 rounds, the chase for second and third in the final WTCR standings remains wide open. Of those preparing for battle on the newly completed Short Track at the spectacular Red Sea venue, four can still finish runner-up, while third place is between five drivers.

The inaugural WTCR Race of Saudi Arabia, which marks the first world-level touring car race to take place in the country, represents unchartered territory for all drivers with the 3.450-kilometre Jeddah Corniche Circuit’s Short Track never previously used in competition.

The Short Track essentially takes drivers from the exit of Turn 3 towards the Turn 4 left-hand corner. But instead of continuing to Turn 5 on the Full Track, drivers dive right and head through to a sweeping hairpin turn, before accelerating towards Turn 6 and then onto the left-hander at Turn 7.

Norbert Michelisz, the 2019 King of WTCR and the winner of Race 2 at WTCR Race of Bahrain last weekend, said: “I don’t have a clue about the circuit. I was watching some Formula One races [on the Full Track] and usually street circuits are good for us. I really like them, but Jeddah will be a completely new challenge.”

Esteban Guerrieri, who starts WTCR Race of Saudi Arabia as a 10-time winner in the series, which remains a record, said: “It’s a short track and let’s see how hot it is, how dirty the track is in the beginning and how it evolves during the weekend. To be honest I have to be learning while going on but we’ll go there and give it everything.”

Following Qualifying from 18h30 local time on Saturday November 26, Race 1 is set to start at 19h45 on Sunday November 27 and is scheduled to thrill fans for 30 minutes plus one lap. Race 2 is due to begin at 22h15 with drivers in action for 25 minutes plus one lap. The event will be broadcast live on the Eurosport platform, including Eurosport Player, and on other networks around the world.

In 100 words:  The WTCR − FIA World Touring Car Cup’s maiden visit to Saudi Arabia brings international touring car action to the country for the first time for an exciting pair of night races promoted by Saudi Motorsport Company. WTCR will be the first series to use Jeddah Corniche Circuit’s alternative 3.450-kilometre track, which has been selected due to its design being tailor-made for bumper-to-bumper, doorhandle-to-doorhandle FIA World Touring Car racing and homologated especially for the occasion. Saudi Arabia is becoming established as a motorsport destination with FIA Formula One, Formula E and World Rally-Raid Championship events also taking place in the country.

Evolving from the FIA World Touring Car Championship, WTCR is administered by the FIA and promoted by Discovery Sports Events. Experienced racers and young talents aiming for the top compete in turbocharged TCR cars from Audi, CUPRA, Honda and Hyundai. A Balance of Performance formula, sustainable biofuel from P1 Racing Fuels and tyres from Goodyear provide a level playing field. Power is capped at 360bhp, while speeds reach 260kph. Cost-control measures allow privateer teams with limited technical support from manufacturers to fight at the front.

Two practice sessions, a single three-stage qualifying session featuring two elimination periods, plus two sprint races are timetabled at all events, which enjoy extensive live global broadcasting. As well as the FIA Drivers’ and Teams’ titles, independent racers with no direct financial backing from a manufacturer are eligible for the WTCR Trophy.

QUALIFYING EXPLAINED
Q1 runs for 30 minutes with the fastest 12 progressing to Q2. There’s just 15 minutes for drivers to battle for one of five places in the one-at-time Q3 shootout, where drivers get one flying lap in their pursuit of pole position. The fastest five in Qualifying, regardless of at what point they set their best lap or whether they progress to Q3 or not, are rewarded with points on a 10-8-6-4-2 scale.

HOW GRIDS ARE FORMED
The Race 1 starting grid is determined by the results of Q3 (positions 1-5) and Q2 (positions 6-12) for the top 12 grid positions. The results from Q1 decide the remainder of the grid for Race 1, which lasts for 30 minutes plus one lap. For Race 2, grid positions 1-10 are occupied by the first 10 cars according to the final combined qualifying results but in reverse order, so the driver in P10 after Qualifying starts in pole position with the ninth fastest starting second and so on.  Positions 11 and 12 are occupied by the cars from Q2 that are not in reverse order. The remainder of the grid is decided by the results of Q1 from positions 13 downwards. Race 2 runs for 25 minutes plus one lap.