Home 2022 Zarco doubles up on Friday at The Island 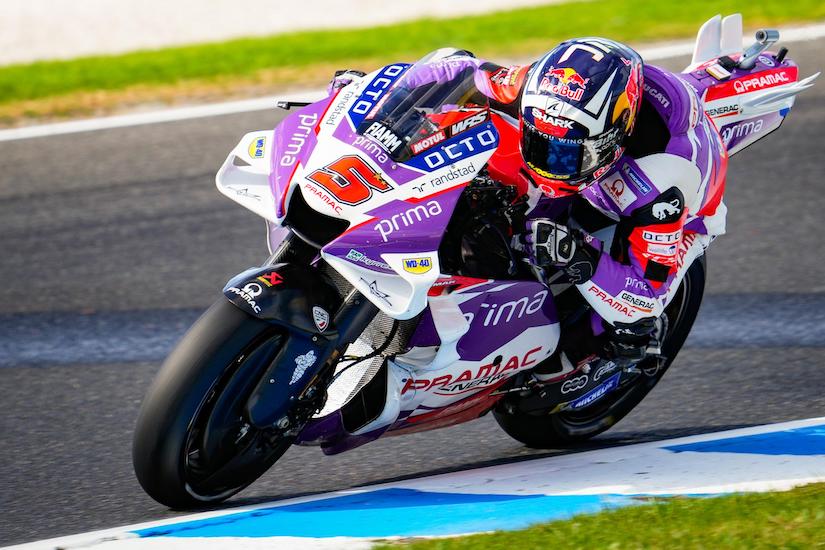 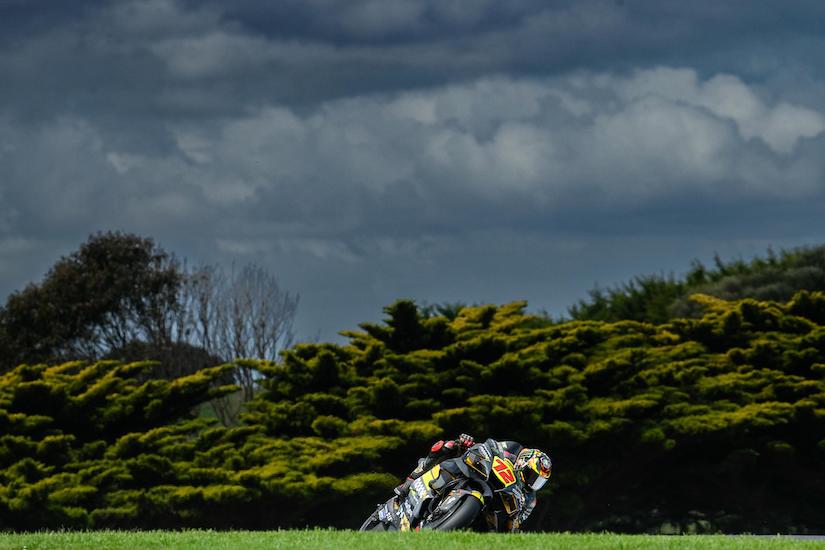 Johann Zarco has made a statement at the Animoca Brands Australian Motorcycle Grand Prix with yet another session-topping performance.

The Prima Pramac Racing rider was quickest in MotoGP™ FP1 at Phillip Island and ensured his name stayed next to P1 on the timesheet when he set a late 1:29.475 in FP2. Marco Bezzecchi (Mooney VR46 Racing Team) made for an all-Ducati top two at the end of Friday’s running Down Under, but there were four different manufacturers in the top five thanks to the efforts of Pol Espargaro (Repsol Honda Team) in third, World Championship leader Fabio Quartararo (Monster Energy Yamaha MotoGP™) in fourth, and Maverick Viñales (Aprilia Racing) in fifth.

Blustery conditions, and a still partially wet track, had greeted the field for FP1, and the benchmark of 1:30.368 which Zarco set in that session quickly came under threat. Marc Marquez (Repsol Honda Team) was first to beat it with a 1:30.126 during his first run and Maverick Viñales (Aprilia Racing) went second on a 1:30.257 moments later.

With just over 10 minutes elapsed, Fabio Quartararo (Monster Energy Yamaha MotoGP™), who was only 12th in FP1 after opting to use the same Michelin tyres throughout, moved up to third on a 1:30.351.

That was how the top three still sat ahead of the time attacks, with Aleix Espargaro (Aprilia Racing) in the danger zone in 10th while Francesco Bagnaia (Ducati Lenovo Team) sat one position outside the provisional Q2 cut-off, and with cool conditions expected on Saturday morning, the stakes were high.

Predictably, once new Michelin tyres were fitted up and down pit lane, lap times started to tumble again, with Bezzecchi, Viñales and Quartararo all taking turns at the top. Bezzecchi had been shuffled all the way back to sixth when he fired in a 1:29.513 to go P1 again in the final minute, but was bettered by Zarco by 0.038 seconds, just before the chequered flag.

Pol Espargaro claimed third on a 1:29.527, from Quartararo on a 1:29.614 and Viñales on a 1:29.745. Sixth went to Marc Marquez on a 1:29.775, the Spaniard continuing the Repsol Honda Team’s experimentation with new aerodynamics by running on an RC213V with the new aero body but the original tail unit, instead of the Ducati-style ‘stegosaurus’ version.

Aleix Espargaro is looking good for a berth in Q2 having taken seventh on a 1:29.832 and fellow title contender Bagnaia eventually got himself in there as well with a 1:29.838 which netted him eighth.

Rounding out the top 10 were Enea Bastianini (Gresini Racing MotoGP™) and Jorge Martin (Prima Pramac Racing), which meant there was no room for Ducati’s local hero, Jack Miller (Ducati Lenovo Team). ‘Thriller’ arrived home off the back of two podiums and was possibly unlucky not to top FP1 when he found traffic late in that session, but could not improve by enough on his final lap of FP2 to get any higher than 13th with a 1:30.021. Spare a thought too for Brad Binder (Red Bull KTM Factory Racing), who missed the top 10 by one position with a lap time just 0.448 seconds slower than Zarco’s benchmark!

Can Miller hit back in FP3 and book his place in Q2 at The Island, and will Zarco’s streak continue? Find out on Saturday at 09:55 (GMT +1)!