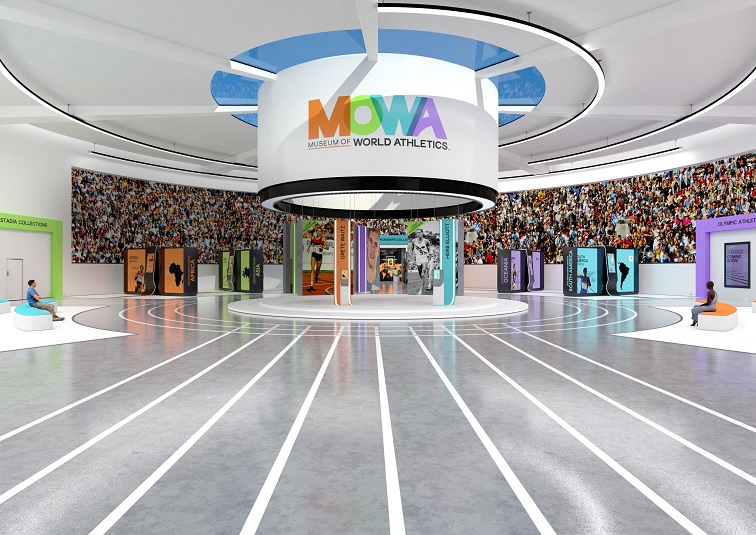 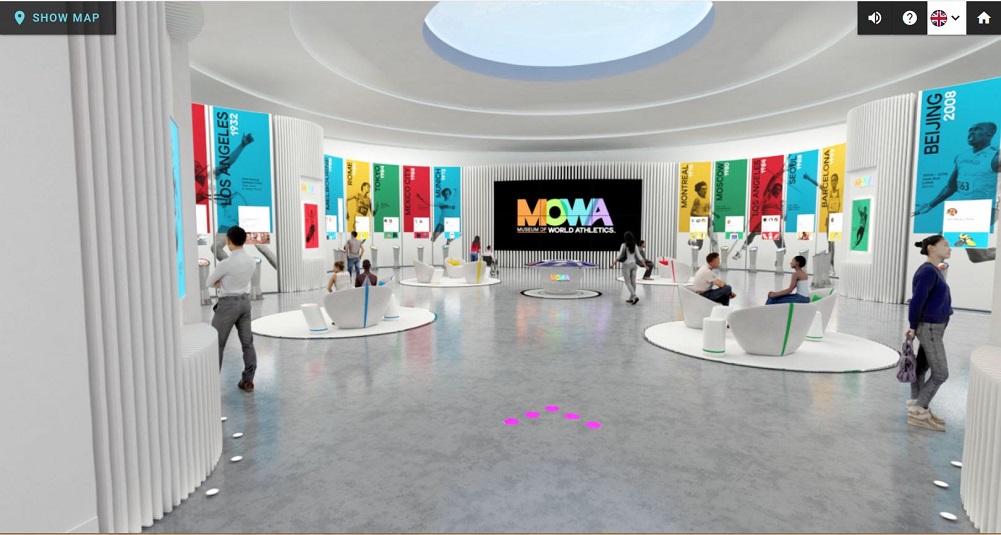 The new gallery in MOWA, the world’s first virtual sports museum, has been designed in the shape of a flower, its four petals displaying artefacts from more than 40 Olympic medallists representing 23 countries (all listed below).

The displays in glorious 360˚ 3D – which are supported by text in English, French, and Spanish languages, and are illustrated by numerous stunning photographs – celebrate the history of athletics inside the modern Olympic Games since their revival in 1896.

Today’s opening of the Olympic Athletics Collection commemorates the last day of the athletics programme, on 22 July 1900, of the Games of the II Olympiad, Paris.

A miniature silver commemorative plaque from those Paris celebrations, designed by the renowned Parisian sculptor and engraver Frédéric-Charles-Victor de Vernon, is the oldest Olympic artefact on display.

Given the athletics programme of Tokyo 2020 begins on Friday 30 July, and recognising host Japan’s national passion for the marathon, the Olympic Athletics Collection appropriately includes artefacts from more than a dozen Olympic marathon medallists. 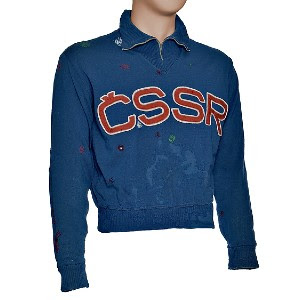 The Melbourne 1956 tracksuit top of Czech legend Emil Zatopek, who finished sixth in the marathon that year despite undergoing a hernia operation just six weeks before, is the star attraction of the new exhibits.

The four-time Olympic champion, whose victories in London 1948 and Helsinki 1952 were accompanied by the crowd’s rhythmic chants of “Zatopek! Zatopek! Zatopek!” is, given his unique 5000m, 10,000m and marathon triple in 1952, arguably the greatest distance runner in history.

Zatopek’s track top, which has undergone over 400 hours of conservation work by some of the world’s top experts in the Qatar Olympic and Sports Museum, was donated to the World Athletics Heritage Collection in 2018 by Emil’s wife and 1952 Olympic javelin champion Dana Zatopkova.

One of the competition numbers of Japan’s Naoko Takahashi, the Sydney 2000 Olympic marathon champion, also features in the Olympic Athletics Collection. A world record-breaker, the first woman to run sub-2:20 for the distance, and a heroine of Japanese sport, Takahashi donated her autographed number to World Athletics Heritage in 2020.

The shoes of Takahashi and Mizuki Noguchi, who won the Olympic title four years later in Athens, are also on display. Thanks to the support of ASICS, a display of their historic footwear is a featured exhibit in the centre of the room.

The pride of Kenya

Among the most recent Olympic exhibits on display elsewhere is one of Kenyan Eliud Kipchoge’s winning shoes (2:08:44) from Rio 2016. The reigning Olympic champion and world record-holder, who is now the world’s first sub-2-hour marathon runner, donated his autographed Olympic shoe to Heritage two years ago.

The new athletes and artefacts joining the displays across MOWA today for the first time include: