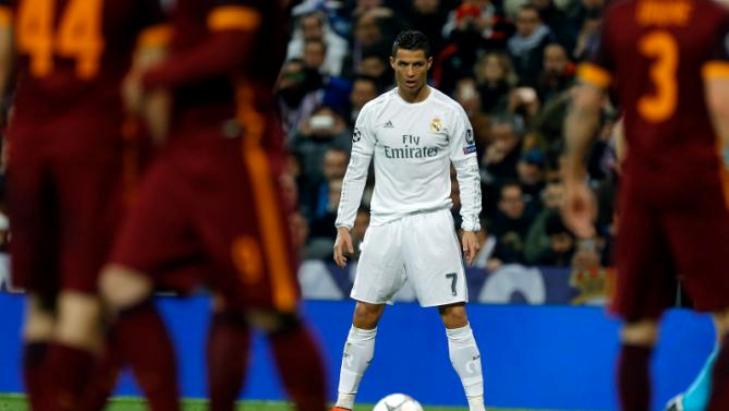 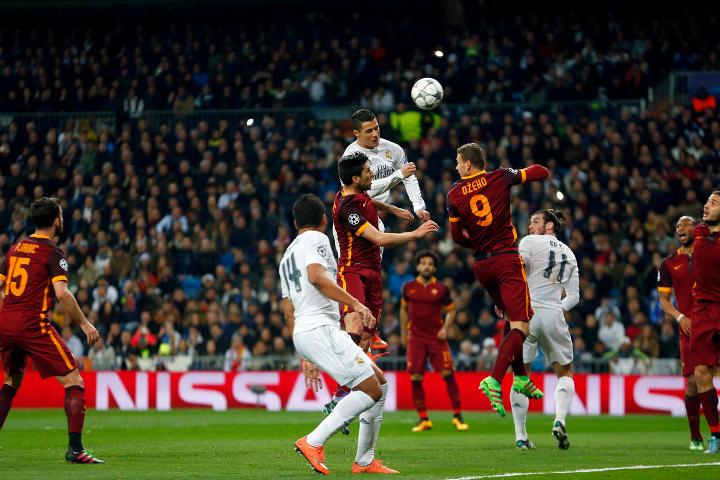 Real Madrid coach Zinedine Zidane insisted he was happy as his side progressed into the Champions League quarter-finals despite being given a scare by Roma before sealing a 4-0 aggregate win.

Madrid booked their place in the last eight thanks to two goals in four second-half minutes from Cristiano Ronaldo and James Rodriguez to seal a 2-0 win on the night at the Santiago Bernabeu.

However, Roma were left to rue a host of clear-cut chances to get back into the tie as Mohamed Salah missed two one-on-ones with Keylor Navas, whilst Edin Dzeko also sliced wide a glorious chance early on.

“We tried to attack without thinking about the result in the first-leg,” said Zidane, despite the fact his side held a 2-0 lead from the first meeting between the sides in Rome three weeks ago.

“We conceded chances that scared us a little, but when you cede space you assume risks.

“However, the most important thing for us was to use the ball in the best way possible.

“I am happy with the way we attacked and I think defensively we improved a lot in the second-half.

“Now we have to think about our next league game and wait and see who we face next (in the Champions League).

“Everyone dreams of winning the Champions League and we are in the hunt.”

Gareth Bale made his first start in six weeks and shone early on as he was given a rare chance to play from the left with Ronaldo through the middle in the absence of the injured Karim Benzema.

However, Zidane refused to rule out switching the Welshman back to the right once Madrid’s favoured front three are reunited.

“I am happy with Gareth’s work in that position, but it can change because he is comfortable on the right too,” added the Frenchman.

“The idea is that the front three constantly change position because that makes it more difficult for the defence.”

Roma boss Luciano Spalletti was left to rue a huge missed opportunity as the Italians were far from outplayed over the two-legs despite the four-goal margin of defeat.

“We have to point out that we had more chances than them and if we’d have taken them then the psychology of the game changes,” he said.

“We didn’t play badly in either game, but we did not take advantage of the chances that we created.”

Spalletti was particularly critical of his side’s mental strength and claimed it was Madrid’s big game experience which saw them over the line in both games.

“Right now on a mental level perhaps we are a bit fragile. It’s a big game, big games make us nervous and we have to change this.

“Real Madrid have a lot of quality. You see that they’re more determined, they know how to take their chances.

“We could congratulate ourselves for how we played but we have to improve, and quickly.” – Agence France-Presse