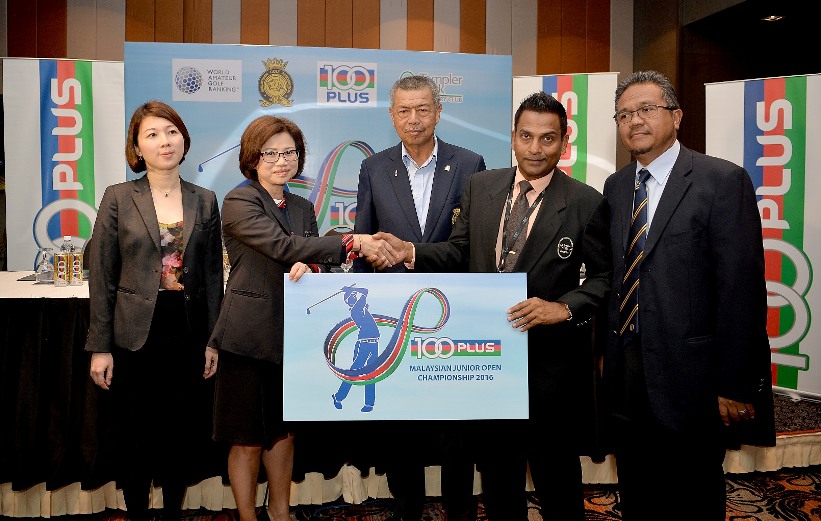 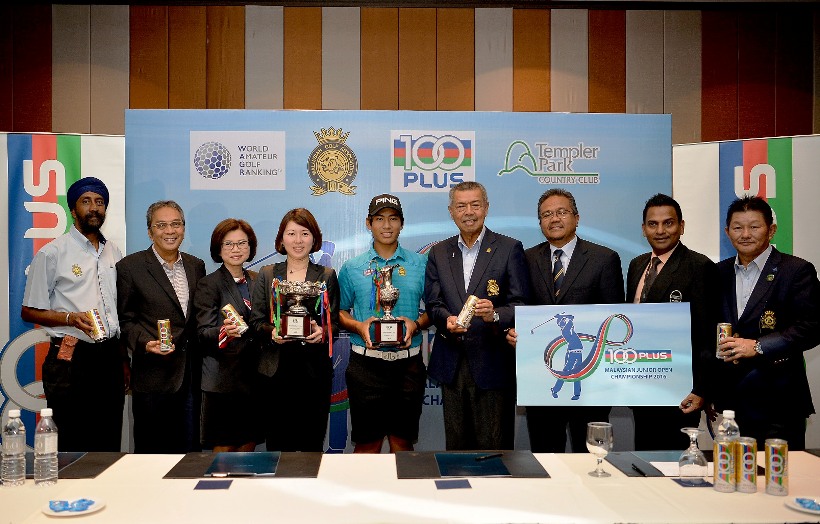 The 11th edition of the 100PLUS Malaysian Junior Open, the nation’s premier youth golf competition, will be staged at the renowned Templer Park Country Club (TPCC) from August 15-17 this year.

Organised by the Malaysian Golf Association (MGA) and sponsored by 100PLUS, Malaysia’s No.1 isotonic beverage, the 100PLUS Malaysian Junior Open always attracts the rising stars of the game, not just from Malaysia but from around the region.

For the record, three of the four Malaysian golfers competing in the Rio Olympics this year – Kelly Tan, Michelle Koh and Gavin Kyle Green – were former 100PLUS Malaysian Junior Open winners. “Their success in the international arena justifies our support of junior golf in Malaysia over the last 11 years. We are indeed delighted with the fact that three former winners of our tournament will carry the nation’s flag in Rio,” said Ms Leong Wai Yin, Marketing Manager of 100PLUS.

This year, a field of over 100 golfers – boys and girls – from throughout the Asia Pacific region will be battling for honours. The leading national junior boys who will be in action are Galven Green, Daeng Abdul RahmanAbd Aziz, Mohd Afif Fathi and Aaerishna Shahsty while the girls will be represented by Qistina Balqis and Nur Amalia Shahzan.

Galven, the younger brother of Olympic-bound Gavin, could well spring a surprise and make it asecond title for the Green family since 2009.

Meanwhile, nine countries including Malaysia will be competing this year. The others are Singapore, Hong Kong, Bangladesh, South Korea, Myanmar, Thailand, Taiwan and China.

“Our players have been training hard and are committed to delivering good results in this 11th 100PLUS Malaysian Junior Open. On this note, I would like to commend 100PLUS for their contribution to the sport in Malaysia, especially this junior event,” said Senator Tan Sri Dato Setia Mohd Anwar Hj. Mohd Nor, President of the Malaysian Golf Association (MGA).

“MGA is also grateful to Templer Park Country Club for making their facilities easily accessible to   enables us to host this year’s tournament. I would also like to thank the club for their commitment and their support to thedevelopment of golf in Malaysia,” said Tan Sri Anwar at the Press Conference to announce details of this year’s event.

During the tournament, all of the players will benefit immensely from the qualities of 100PLUS especially when they compete in what is likely to be very hot and humid conditions. 100PLUS will provide the necessary hydration for the players as they go flat out to deliver their best.

In conjunction with the 11th edition, the sponsors will provide the latest smartphones to the overall boys and girls winners. The first hole-in-one winner will also receive a smartphone.

Players will start arriving on Aug 14 where they will be allowed to play a practice round. The tournament proper starts the following day with a cut-off scheduled after the second day of competition.