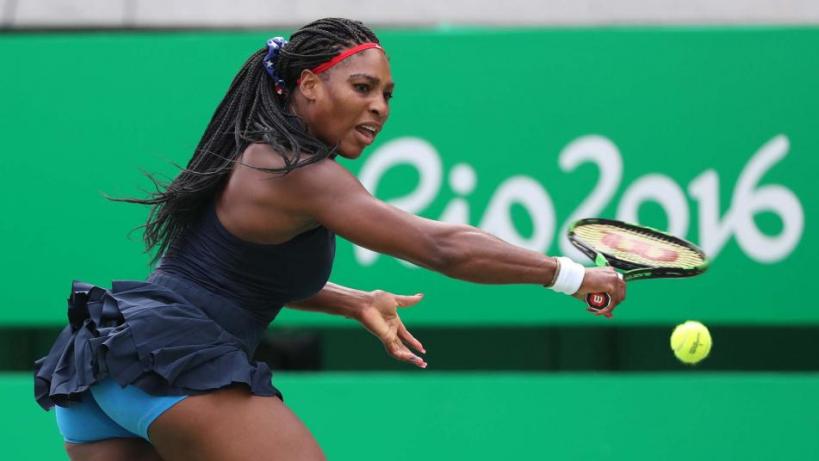 But it was a rollercoaster 7-6 (7/5), 6-2 victory for the 34-year-old world number one who 24 hours earlier had suffered her first ever Olympic Games women’s doubles loss with sister Venus.

Cornet defeated the American star three times in 2014, including at Wimbledon, and proved to be a thorn in her opponent’s side again in Rio.

Williams led 3-0 and had two points for a 4-0 advantage in the first set.

But Cornet stormed back, forcing the American to save two set points in the 10th game before the top seed sealed the tiebreak after 77 minutes on a chilly centre court.

The 22-time major winner cut a frustrated figure, smashing her racquet into the ground at one stage.

Williams stepped on the gas in the second set to secure a third round clash with Ukraine’s Elina Svitolina, securing victory on a third match point.

“It was a big motivation to win because I haven’t done very well against her in the past,” said Williams.

“She says she knows how to play me. Every time I have played her, I have never been in the best shape which is ironic, so I really wanted to do well.”

However, traditional bitterness between Brazil and Argentina boiled over when a group of fans engaged in a punch-up.

“I hope that will not happen again because we need to have peace between Argentina and Brazil. This is not football,” said del Potro.

The 2009 US Open champion said he was running on empty by the end after only getting to bed at 4:30 in the morning.

“I only had five hours’ sleep but I’m very glad with my success,” he said.

Things got even better for Del Potro when French fifth seed Jo-Wilfried Tsonga, a potential quarter-final opponent, lost 6-4, 6-3 to Gilles Muller of Luxemburg.

Del Potro eventually ran out of steam when he and Maximo Gonzalez lost their men’s doubles second round tie to Rafael Nadal and Marc Lopez.

The 6-3, 5-7, 6-2 scoreline gave the Spanish pair a quarter-final spot, adding to the workload for Nadal who is still in singles and intends to play mixed doubles.

Nadal, in his first tournament since a wrist injury forced him out the French Open two months ago, said he still intends to enter the mixed with Garbine Muguruza despite having now played three matches in two days in Rio.

“I feel good, there was a lot of tension and emotion as I haven’t played in a competition for so long,” said Nadal.

Djokovic suffered a second Olympic defeat in the space of 24 hours when he and Nenad Zimonjic were knocked out of the men’s doubles.

It was Kerber’s first win over the 2014 Wimbledon runner-up in three years.

Kerber next faces Australia’s Samantha Stosur who was too strong for Misaki Doi of Japan, winning 6-3, 6-4.

Up next for the third seed is Monica Puig of Puerto Rico. – Agence France-Presse