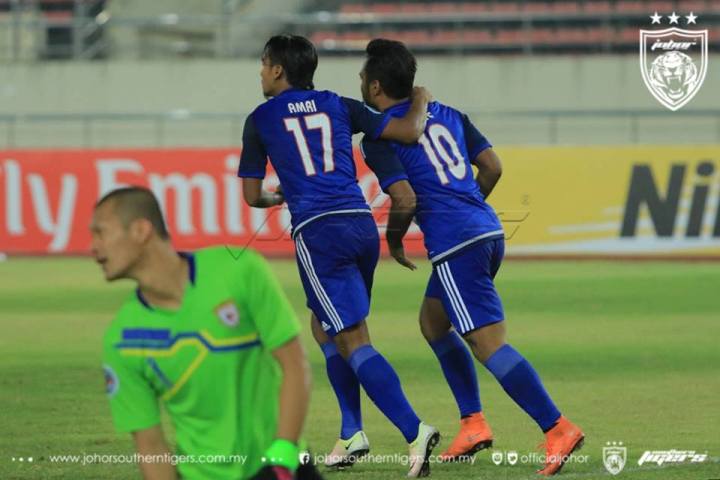 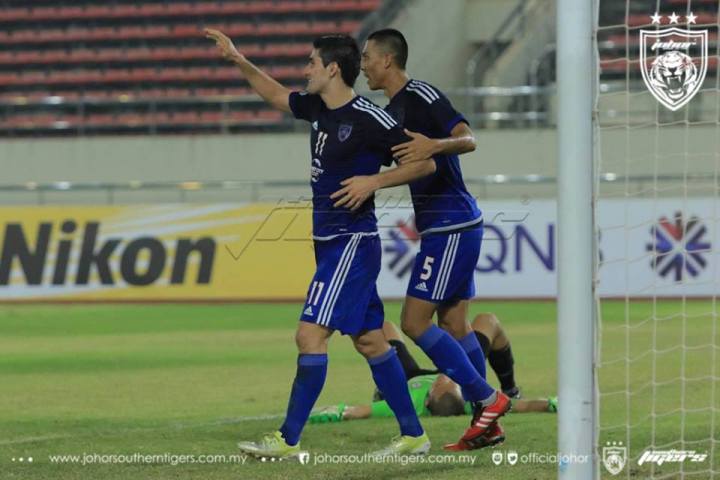 AFC Cup champions Johor Darul Takzim recovered from a one goal deficit at half-time to hammer Lao Toyota of Laos 4-1 in a Group H match played at the National Stadium in Vientiane on Wednesday.

With the win the Southern Tigers remained unbeaten in Group H with maximum points from four matches having beaten Ayeyawady United of Myanmar by a massive 8-1 margin their first match.This was followed by 1-0 win over India’s Bengaluru and a 3-0 win over Lao Toyota in the first round.

However, the homesters jolted JDT in Vientiane by taking a first half lead through Phatthana Syvilay in the 42nd minute which came via a curling freekick which left JDT keeper Izham Tarmizi rooted.

With depth on the bench, and several reserves taking the field against Lao Toyota, JDT unlocked the homesters in the second half and it began with a penalty which was duly converted by international Safee Sali in the 47th minute after Amri Yahya was felled inside the box,

That was all the Johor outfit needed to get the adrenaline flowing and defender Fadhli Shas made it 2-1 on 65 minutes. Amri himself got his name into the scoresheet in the 77th minute before Argentine striker Jorge Pereyra Diaz completed the rout in the 82nd minute.

The win gave JDT a place in the Round of 16 in the AFC Cup but more importantly it is the right tonic for the Malaysian Super League champions for their first-leg FA Cup semi-final match against Kedah.