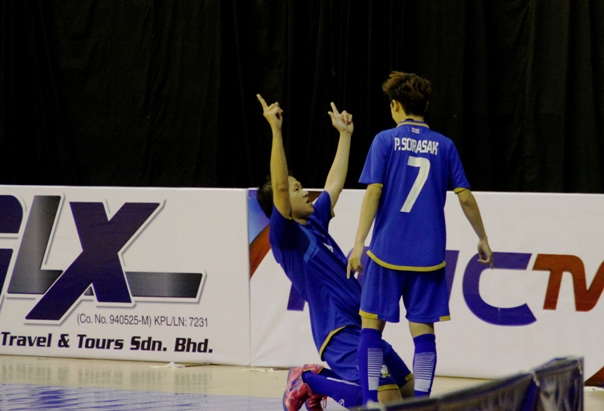 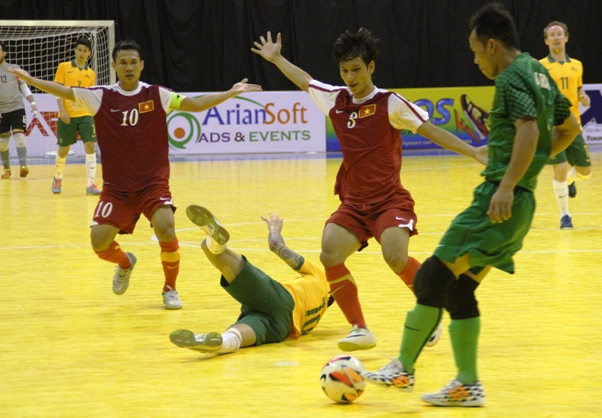 Daniel Steven Fogarty blasted the winner deep in extratime to lead Australia to a 4-3 win over Vietnam and a place in the final of the AFF Futsal Championship where they will once again face defending champions Thailand on Saturday.

“It will be a good rematch,” said Australian coach Robert Varela. “I know that Thailand have brought a younger squad but that does not mean that they are not any good. They are in the final, so we have to prepare well.”

Australia will have the chance to avenge their defeat to the Thais. Both the Thais and Aussies, who surprisingly had lost their last group matches two days ago, recovered to defeat their rivals today. It was somewhat of a blow for Indonesia and Vietnam, who had both finished as the group winners, when they failed to advance today.

In this evening’s game, Fogarty’s strike two minutes from the end handed Australia a thrilling 4-3 win over a spirited Vietnam side at the Malawati Stadium. Australia had recovered from a goal down to take the lead twice, only to concede an equalizer in the dying minutes which forced the match into extra-time.

In the first half, Vietnam proved to be the early aggressors. They were on the hunt from the start and after a few misses, got their chance in the seventh minute when the nippy PhungTrong Luan worked his way in to score the opening goal of the game.

Being behind must have fired up the Australians as they began swarming forward in search of the equalizer. Their efforts paid off handsomely a minute from the break when a neat cross from Gregory James Giovenali on the left found Jarrod Marcus Basger who easily turned it in.

The Vietnamese were clearly upset with the goal and headed for the dressing room on level terms with the Aussies.

Australia snatched the lead in the 22nd minute through Fogarty but Vietnam’s Trong Luan levelled the score with a solid strike in the 26th minute. But before the Vietnam players could settle down, Jordan Aaron Guerreiro sped down the right and released to Gregory Gionevali to put the Aussies ahead again.

With time running out and with about a minute remaining, Vietnam skipper Nguyen BaoQuan smashed his shot in for the equalizer during powerplay. Then, in the 48th minute, Tobias Guang Hua Seeto rushed in a cross to the centre for Fogarty to ram in the winner.

In the earlier semifinal match, Thais sensationally sneaked in the only goal of the game in the dying moments to qualify for the final. The goal was netted by WanlopPansomsua, after being set-up by SorasakPoonjangreed, just 40 seconds before the game ended.

Thailand, the defending champions and favourites to retain the title this year, were made to sweat by a determined Indonesian side. The Indonesians in fact had some early shots at goal but were unable to convert them.