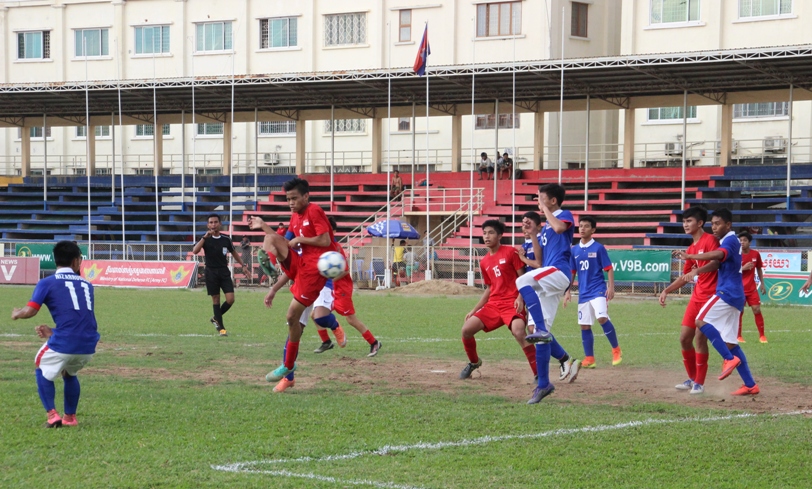 With Vietnam in total domination of Group A of the AFF Smart Under-16 Championship, both Malaysia and Australia scored their first win in the competition as they vie for the remaining spot into the semi-finals.

Malaysia edged close rivals Singapore 2-0 at the Army Stadium while Australia blasted the Philippines 7-0 in the match that was played at the same time across town at the National Olympic Stadium.

The Malaysians, who had conceded a 3-0 loss in their first match before being held to a 2-2 draw by the Philippines two days earlier, were more confident going into the game against their neighbour across the causeway.

Just 15 minutes into the match and the Malaysians were 1-0 in front when Muhammad Aiman Zaidi fired in a freekick from the left to beat Singapore custodian Kevin Wong.

As Singapore seem to be struggling under the afternoon heat, a moment of madness in the 32nd minute, saw the Malaysians having to play with ten men when defender Muhammad Faris Mohd Zabri was red carded by Cambodian referee Tuy Vichhika.

An awkward fall from an aerial duel saw Faris losing his cool when he hit Mohamad Daniel Matin Azlan across the chest.

But despite being a man short, Malaysia still held their nerves as Singapore just can’t seem to find their way through for the equaliser.

And as their frustration grew into the second half, it was Malaysia who went ahead again in the 70th minute when off a quick counter-attack, Muhammad Izreen Izwandy raced in from the left to beat Kevin for the second time.

The win pushed Malaysia fourth in Group A as Singapore slipped down to fifth.

“There’s still a lot of work to be done. Our target is for the AFC meet later this year, so it is important that we play these matches here at the ASEAN level,” said Malaysian coach P. Somasundram.

In the meantime, Australia put themselves back into contention when they beat the Philippines 7-0 to improve to second in the standings.

On the other hand, Vietnam made it three out of three in the group for the full nine points where this afternoon they made short work of Myanmar 5-1.

Despite being a goal down when Htet Phyoe Wai scored the lead after just 15 minutes, Vietnam fought back through Nguyen Khac Khiem for the 33rd minute equaliser.

From then on, it was all Vietnam as they added further goals off Nguyen Huu Thang in the 45th minute, Nguyen Trong Long (52nd), Uong Ngoc Tien (64th, penalty) and Vo Han Huy (79th).