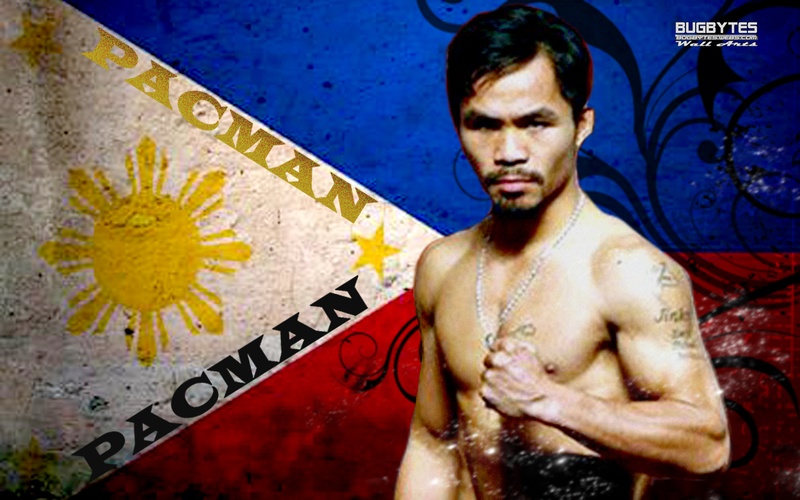 World boxing champion Manny Pacquiao said Thursday he would sell his mansion in one of the Philippine capital’s swankiest areas after his neighbours complained of his visitors wearing shabby clothing.

Pacquiao told AFP that as a “man of the masses”, he is not finicky with his visitors, even if they are wearing “just shorts and slippers”.

The boxer’s rags-to-riches story, from being a fish vendor in his hometown to winning world titles in an unprecedented eight weight divisions, has made him wildly popular in the Philippines.

He used his boxing fame to get elected to Congress in 2010 and like many wealthy Filipino politicians, he frequently has to meet with constituents asking for hand-outs and favours.

Pacquiao said he would buy a new house where he could accomodate more visitors, who are mostly seeking financial assistance.

“If there’s somebody who is willing to buy, I’m going to sell it,” Pacquiao said of the Manila property, which he acquired for 400 million pesos ($9 million) in 2011.

He added that he wants to make a profit from the sale as he had made renovations.

The 35-year-old said he apologised to his neighbours, though some understood why he was accommodating poor visitors.

“I may be as rich as some of them here, but my lifestyle remains the same and so is my heart. I am just a simple man. I will never change that,” he said.

The three-storey mansion — in a neighbourhood that is home to Manila’s old rich — has five bedrooms, several reception and dining halls, and an office.

Pacquiao also owns a fleet of luxury cars, and his hometown mansion in southern Philippines has a pool shaped like a boxing glove.

He beat American Chris Algieri in Macau last Sunday, in a match that proved to fans that he still has what it takes to face arch-rival Floyd Mayweather. – Agence France-Presse