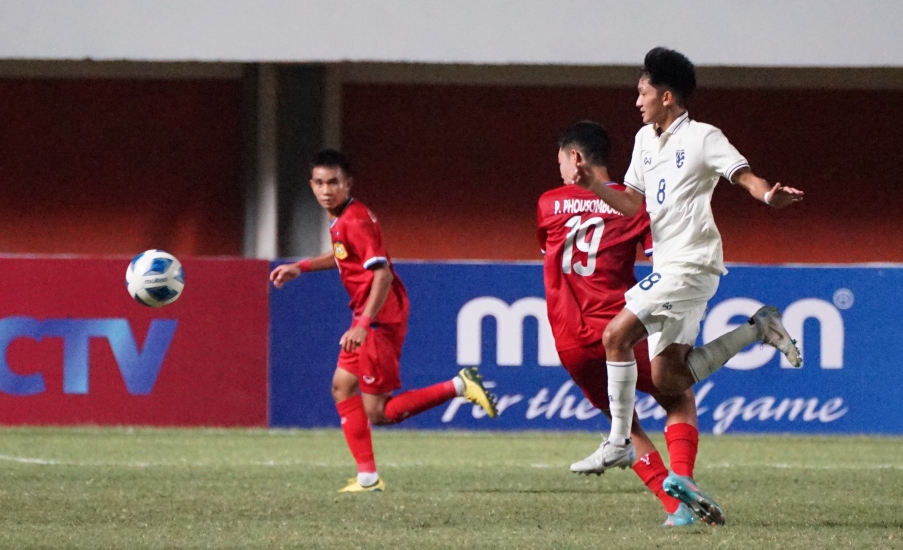 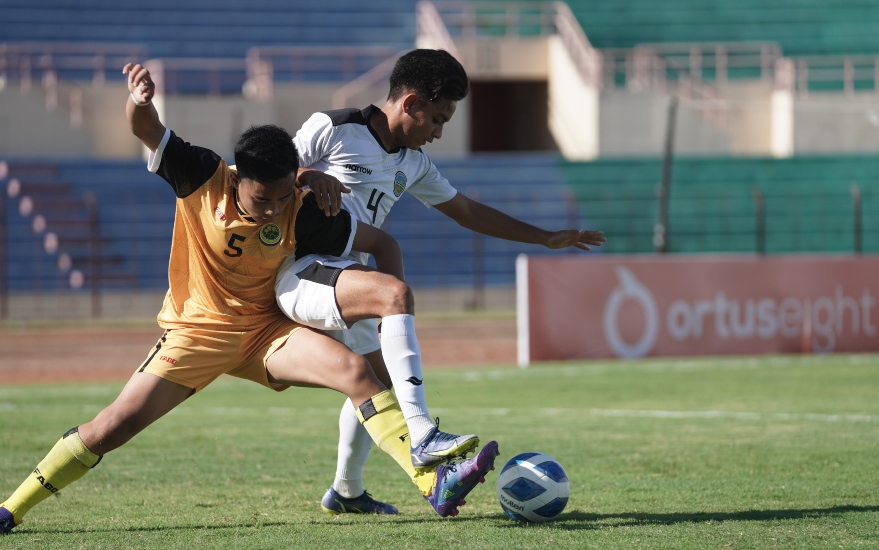 It will be down to the wire in Group B of the AFF Under-16 Championship 2022 where at the end of the second matchday, three teams – Timor Leste, Thailand and Laos – are still in the running for places in the next round.

With Brunei already confirming their exit from the competition this year following their second loss where today they were humiliated 10-0 by Timor Leste, the 1-1 draw between Laos and Thailand has made it a tough proposition for the final matchday of the group on Sunday.

At the Maguwoharjo Sleman Stadium this evening, Laos pulled out all the stops to hold three-time winners Thailand to a 1-1 draw.

A defensive mistake in the 19th minute allowed midfielder Songkan Liyasak to pounce on the ball and score to give Laos the lead.

Thailand were working overtime all the way to the second half before they were able to draw level when Jirapol Saelio headed in the freekick from Saranyawat Naprasert.

With the battle restricted mainly to the centre of the park, chances were few where in the end, both teams just had to be content with the one point each from this game.

In the meantime at the Sultan Agung Bantul Stadium, Timor Leste kept their hopes of a place in the semifinals alive with a 10-0 thrashing of Brunei DS.