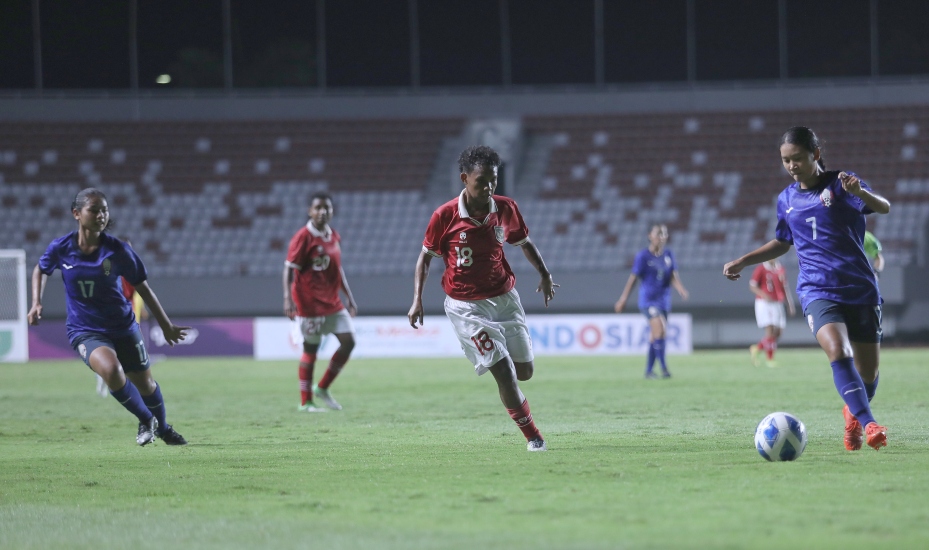 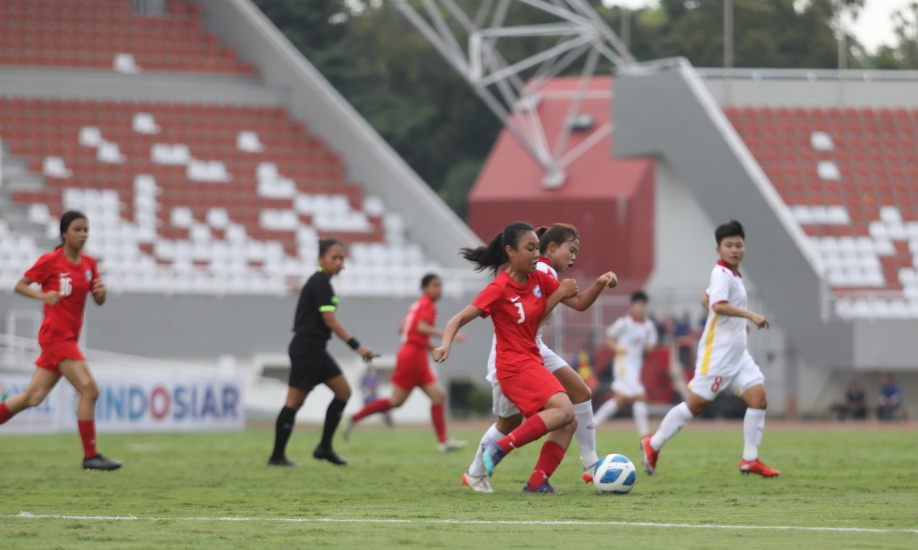 A late freekick from Sheva Imut Furyzcha gave host Indonesia a well-earned 1-0 win over Cambodia in their second game of Group A of the AFF Under-18 Women’s Championship 2022 here at the Jakabaring Stadium.

“The late goal broke the deadlock. It was a tough game where we tried all available options against a Cambodian side that defended deep, well and hard. There are certain areas which we need to work on especially on maintaining possession,” said Indonesia head coach Rudy Eka Priyambada.

In the game that was played under wet and slippery conditions, both Indonesia and Cambodia put up a highly entertaining game as they tried to take control of the midfield.

Indonesia were the more aggressive side throughout the exchange as they search for the second full points against a Cambodian side that was eager to avoid their second loss in as many matches.

Ina Paulanda Wetipo had a double chance in the first half, narrowly missing the intended target as Cambodia was more content to rely on the counterattack.

With the frustrations continuing well into the second half, a late freekick saw Sheva stepping up to fire into the top right corner to give Indonesia the well-deserved three points.

“Despite the loss, I thought we did really well. There were some problems at the end, so it was a bit unfortunate to lose when the players tried so hard,” said Cambodian head coach Tm Saray.

In the meantime, Vietnam powered to a 9-0 win over Singapore to underline their title ambition for the inaugural crown.

It took Vietnam just eight minutes to get on to the scoresheet with a stabbing finish from Ngoc Minh Chuyen as Luu Hoang Van then doubled the advantage four minutes later.

It was all one-way street from then on with Minh Chuyen adding her second and Vietnam’s third in the 20th minute.

Hoang Van then piled three more goals (in the 41st, 52nd and 90th minute) to be followed by Dang Thi Duyen (23rd and 33rd minute) and Ho Thi Thanh Thao (43rd) for the well-worked-out win.

While Vietnam picked up their first full points in the competition this year, the loss for Singapore was their second, following their close 1-0 defeat to host Indonesia two days earlier.

25 July 2022 – All matches at the Jakabaring Athletic Field