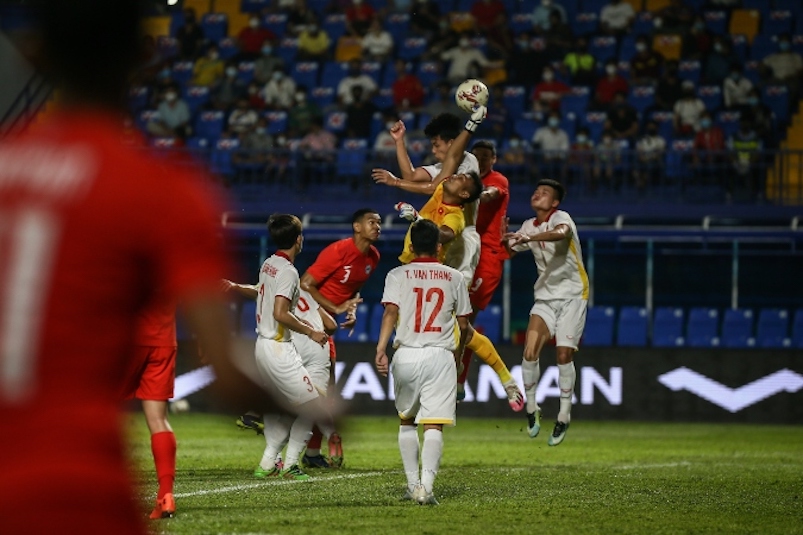 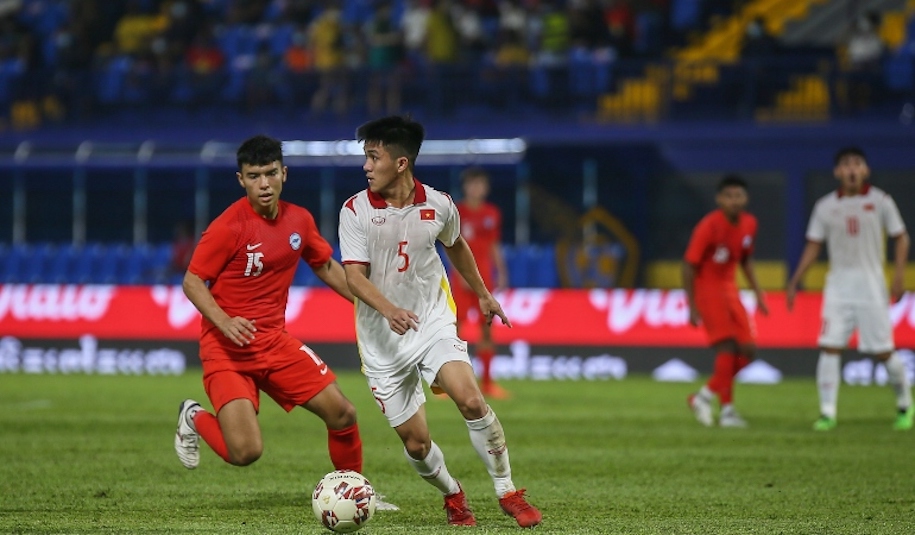 Vietnam made a smashing to their campaign in Group C of the AFF Under-23 Championship 2022 when they blanked Singapore 7-0 here at the Prince Stadium tonight.

“I have to congratulate the players for scoring a lot of goals. In these pandemic times, it has affected the situation for both teams. Singapore are not a weak team as they have some good players,” said Vietnam head coach Dinh The Nam.

“But the early goal calmed the nerves in our team and that gave us the advantage.”

It took Vietnam just four minutes to get on to the score sheet where off a quick counter, captain Dung Quang Nho ran down the right for a cross that was headed in by Nguyen Van Tung.

The nippy Pham Van Huu was a thorn for the Singapore defence down the left as they struggled to keep their fast-running opponents at bay.

Singapore came close to the equaliser in the 12th minute but Ryhan Stewart’s header off a cross was cleared on the line by Van Huu.

It was Vietnam who went ahead in the 33rd minute when Dinh Xuan Tuan fired in from the edge of the Singapore box as they then finished the half 3-0 in front with the second goal from Van Tung who made good on the square from Xuan Tuan.

The loss of defender Jordan Emaviwe for Singapore just after the restart handed Vietnam the advantage as they then piled on the pressure to score four more goals in front of mostly Vietnamese fans at the stand.

A defensive error in the 56th minute allowed Quang Nho to find the back of the net as Vietnam then nailed their fifth goal of the game in the 78th minute with a close-range finish from Nguyen Ngoc Thang.

Vietnam were not finished yet for the night as a minute to the end, the hard work from substitute Nguyen Quoc Viet saw Nguyen Thanh Khoi latching on from the far post while Vu Tien Long then rounded off a fine evening with the final goal of the game deep in injury time.

“Vietnam are a strong team with good technical ability. All we can do given the circumstances that we were in was man-management and try to pace the game down. But the players showed a lot of character tonight where this tournament is a good venue to test players (for the SEA Games),” added Singapore head coach Mohamad Nazri Aziz.