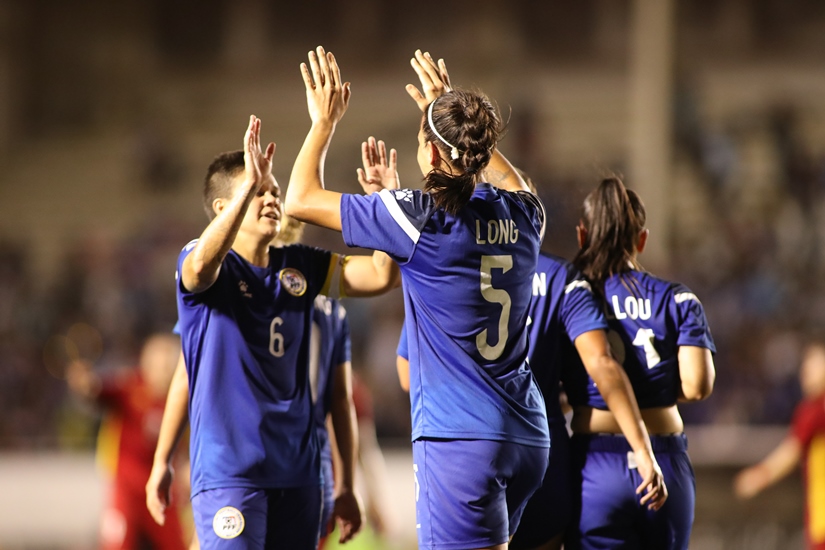 The Philippines tackles Thailand in what promises to be an epic rematch for the AFF Women’s Championship trophy at the Rizal Memorial Stadium.

After their masterful 4-0 conquest of defending champions Vietnam in the semifinals, the Filipinas hope to avenge their only loss in the 11-nation competition against the Thais.

With the win over Vietnam, the hosts attained another historic milestone in becoming the first Philippine football squad to reach the final of a major international competition, a significant feat that was not lost on Filipinas coach Alen Stajcic.

“To make the first final in history (by a Philippine football team) is a massive occasion. It is a special moment,” Stajcic noted.

“It was a complete performance, probably it was the best performance that the Philippine women’s team had in international football.”

Before entering the semifinal match, the Philippines was considered a longshot against a Vietnam squad it had never won in seven previous matches in the tournament.

There was also the memory of the close 1-2 setback to the visitors in the group stage of the 31st Vietnam SEA Games women’s football meet only last May.

But playing with supreme confidence and egged on by their fans, the FIFA World Cup-bound Filipinas more than held their own in dethroning the reigning Southeast Asian women’s football queens.

But Stajcic won’t allow his players to rest on their laurels because “ultimately there’s the big one left,” referring to the rematch against the Thais, who tripped the Filipinas 1-0 last Tuesday in the group stage for their only setback in the competition.

“This win is just a stepping stone in setting a new milestone. We look forward to the final and taking revenge (against Thailand) after beating us earlier. I’m greedy and hungry more for more,” disclosed the Aussie tactician in a rare display of his own personal feelings.

This was why he urged Filipino fans anew to come over to the Rizal Memorial Stadium for one final time to cheer and spur the home team to victory.

“Certainly we are going to need that last bit of oxygen and energy. The more the Filipinas feel that love (by the fans), the better they will be able to perform,” he stressed.

Sharing his sentiments was Bolden, who emerged as the event’s top scorer with seven goals after her sterling attacking performance against Vietnam.

“As always we thank you (the fans) so much.  We see the numbers growing and growing (in the crowd attendance),” Bolden said.

“We can’t wait for you to come out and support us for this final match. Let’s see if we can make history and we’re going to give you guys a great performance,” she vowed.

17 JULY 2022 – Both matches at the Rizal Memorial Stadium