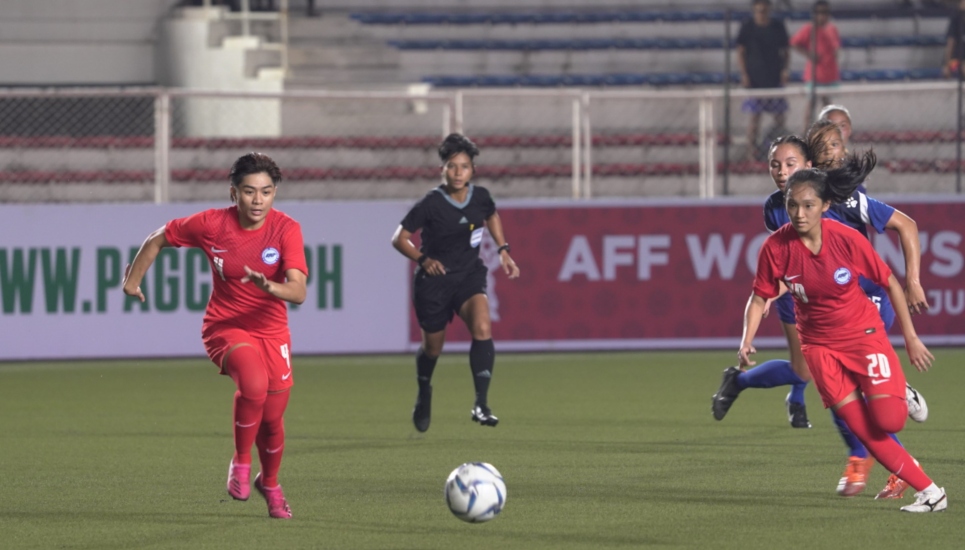 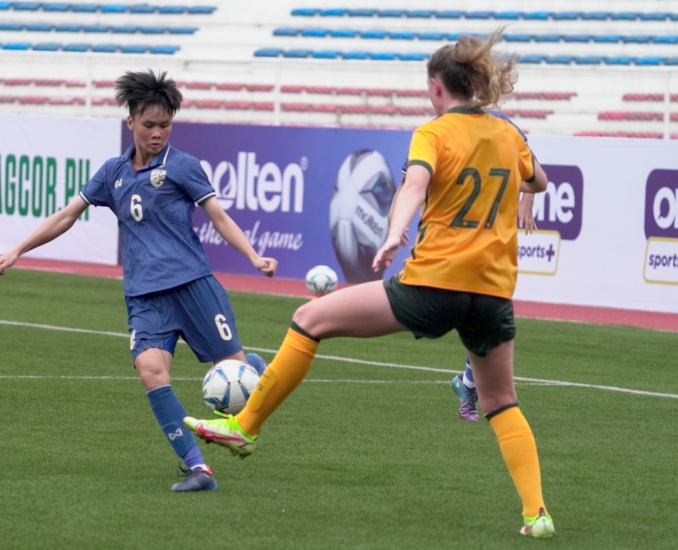 Skipper Tahnai Aniss scored a brace as the Philippines outplayed Singapore 7-0 to seize Group A of the AFF Women’s Championship 2022 at the Rizal Memorial Stadium.

Doing a yeoman’s job for the Filipinas, Aniss scored in the 10th minute off an own-goal by Singapore goalie Beatrice Tan then had a long looping header in the 19th in anchoring the hosts to their second straight win following a 1-0 upset of Australia last Monday.

With her accurate cross passes, Aniss also set up Sarina Bolden, who scored the game-winner against Australia, with another header in the 38th minute and newcomer Kaya Hawkinson, who scored on a glancing header 11 minutes into the second half.

Slipping past two Singapore defenders, teener Isabella Flanigan opened the scoring floodgates in the 8th minute, Sara Eggsevik had one in the 56th  and Anicka Castaneda, who came off the bench in the second half, added the seventh marker on a follow-up in the 69th.

With the victory virtually ensured,  Aniss earned a well-deserved respite and was relieved by Kathleen Rodriguez in the 58th minute of the competition organized by the Philippine Football Federation.

With their second consecutive win, the charges of coach Alen Stajcic were proudly on top of Group A with six points while Singapore absorbed their first loss in two matches after a scoreless draw with Malaysia last Monday.

Earlier, Thailand refused to be cowed by Australia, showing remarkable resiliency and rallied for a well-earned 2-2 draw against their fancied rivals.

Down at 1-2 at the break, the never-say-die Thais levelled the count through Ploychomphoo Somnuek, who struck with a nifty 20-yard volley that hit the top right corner of the net beyond Aussie goalie Jada Mathyssen-Whyman’s reach in the 60th minute.

Kanyanat Chetthabutr had kept the four-time AFF Women’s football champions in the thick of the fight by scoring their first goal from near the midcourt line in the 40th minute, hitting the ball just hard enough past Mathyssen-Wyman, who strayed too far out of the net.

Following their 4-0 rout of Indonesia last Monday, the charges of Japanese coach Miyo Okamoto had four points and were in second spot in the group.

The Matildas, who dropped a 1-0 decision to the Filipinas two days ago, had only one point to show in two matches.

“0bviously this showed we have a deep bench and the great unity of the team,” noted Stajcic in utilizing most of his players.

The Filipinas try to enhance their semifinal prospects when they go for their third consecutive victory as they face Malaysia, which drew 1-1 with Indonesia at the Binan Stadium, tomorrow.