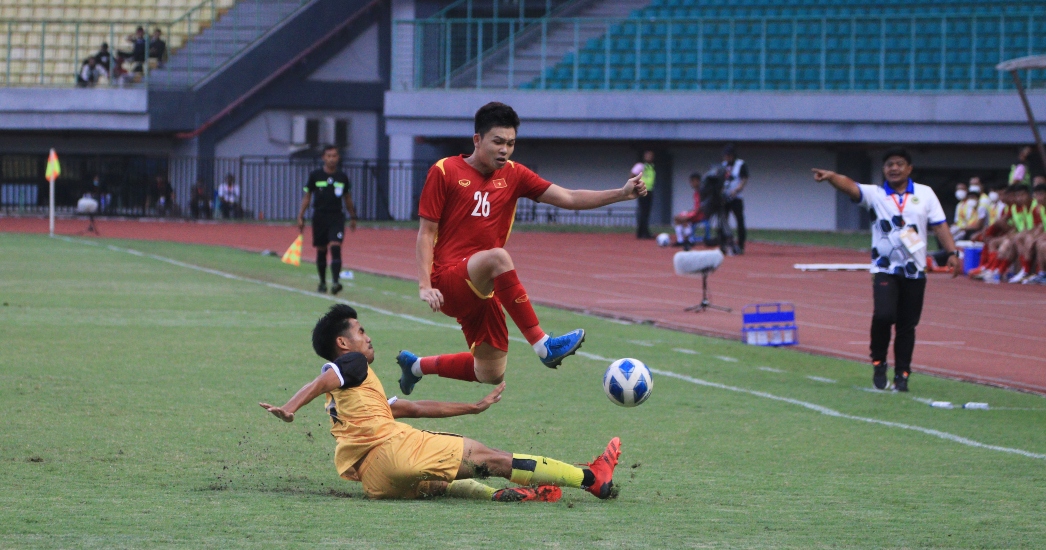 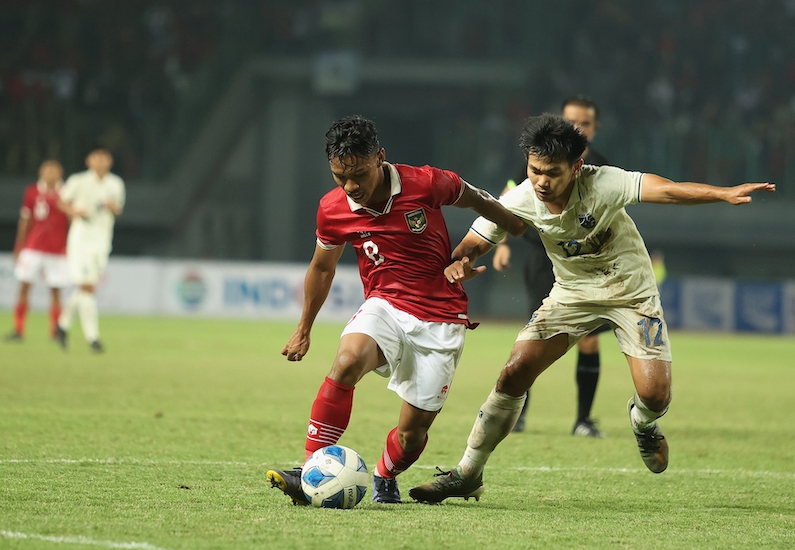 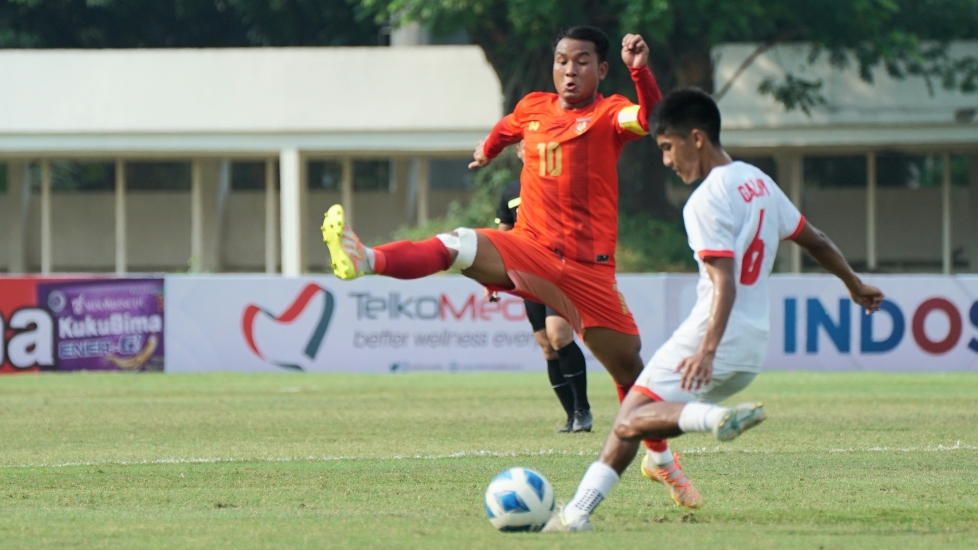 Vietnam have taken the lead in Group A after three matches of the AFF Under-19 Boys Championship 2022 as they took advantage of the stalemate between close rivals Indonesia and Thailand.

Vietnam crushed Brunei DS 4-0 at the Patriot Stadium in Senayan in the first game of the afternoon as host Indonesia were held 0-0 by a tenacious Thai side in the late game in Bekasi.

The Vietnamese, who had held Indonesia scoreless in their opening game and then blasted the Philippines 4-1 in their second tie, have amassed seven points from three matches.

“Brunei played well on the day, and even though we scored only four goals, the three points is important. We have to analyse today’s game and focus on the next two matches,” said Vietnam head coach Dinh The Nam.

It took a while for Vietnam to get things going where after Ha Chau Phi slammed in an 11th minute corner, Vietnam could only muster their second goal in the 33rd minute when Nguyen Gian Tan headed home a defensive lapse.

Gian Tan then nailed his second and Vietnam’s third in the 59th minute from a corner kick as Nguyen Duc Viet then fired in from 25metres in the 62nd minute for the final score line.

Whether the four goals would be enough will only be known in the final count as Thailand have also picked up seven points from the three games after their draw against Indonesia this evening.

In the match that was backed by vociferous local fans, it was Indonesia who dominated the first half as Thailand showed up in the second to make it an evenly matched encounter.

Striker Ronaldo Kwateh was a handful for the Thai defense as goalkeeper Cahya Supriadi made the difference with several crucial saves to deny the Thais.

On the other hand, Thailand came close through the hard work of Kakana Khamyok and also Seksan Ratreee in a 15-minute blitz but neither could make any of their chances count.

“It was a fantastic atmosphere today. It was a game that we could not win but we could also not lose. We dominated the second half, we held the ball but we could not score,” said Thailand head coach Salvador Garcia.

Added Indonesia head coach Shin Tae-yong: “the players fought hard from the first half. It was a competitive game and we earned an important point.”

In an earlier match that was played at the Madya Stadium, Myanmar scored their second win in three matches with a 3-1 demolition of the Philippines.

Myanmar found the back of the net through Swan Htet in the 4th minute, Thein Zaw Thiha (7th) and Zaw Win Thein (42nd) with Jaime Domingo Rosquillo pulling a goal back for the Philippines in the 30th minute. 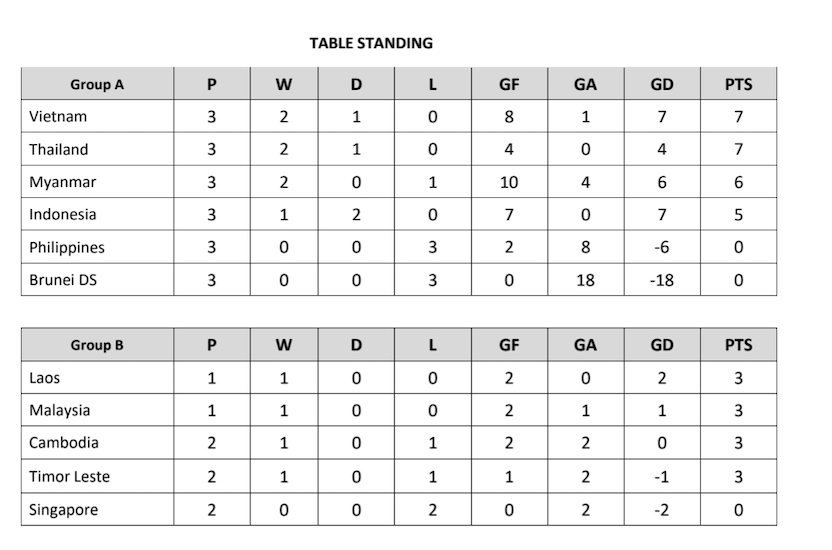 GROUP B – Both matches at the Madya Stadium