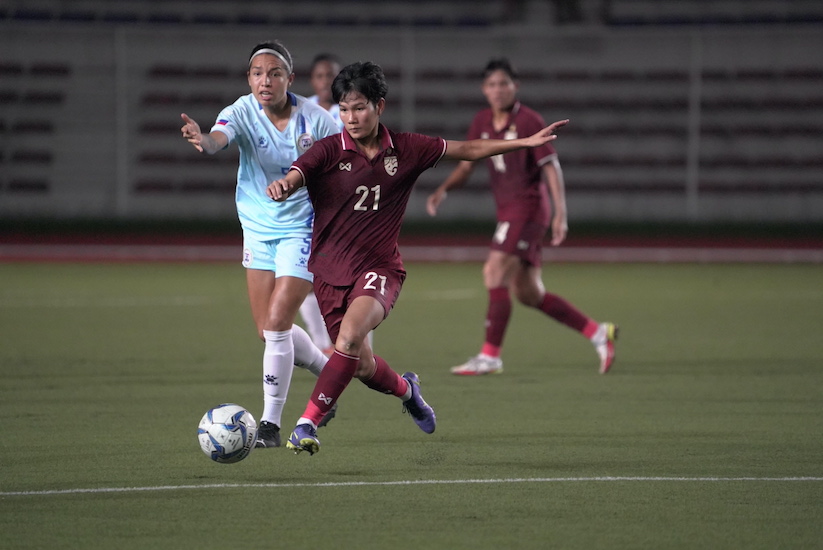 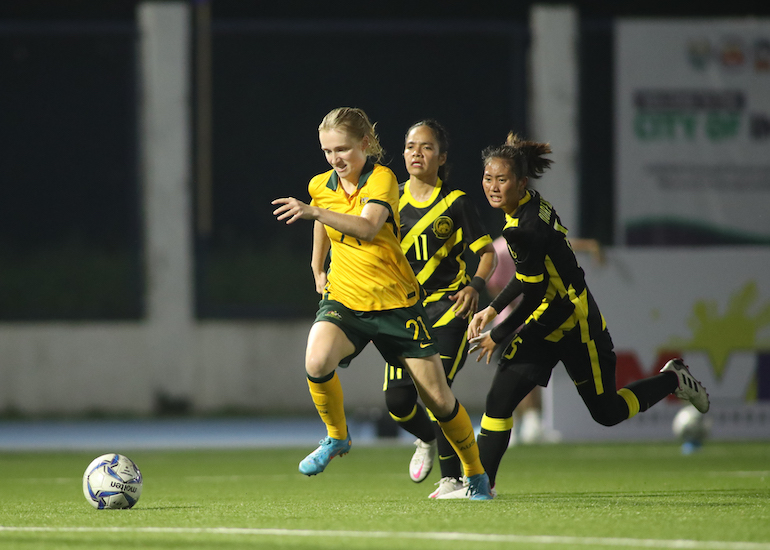 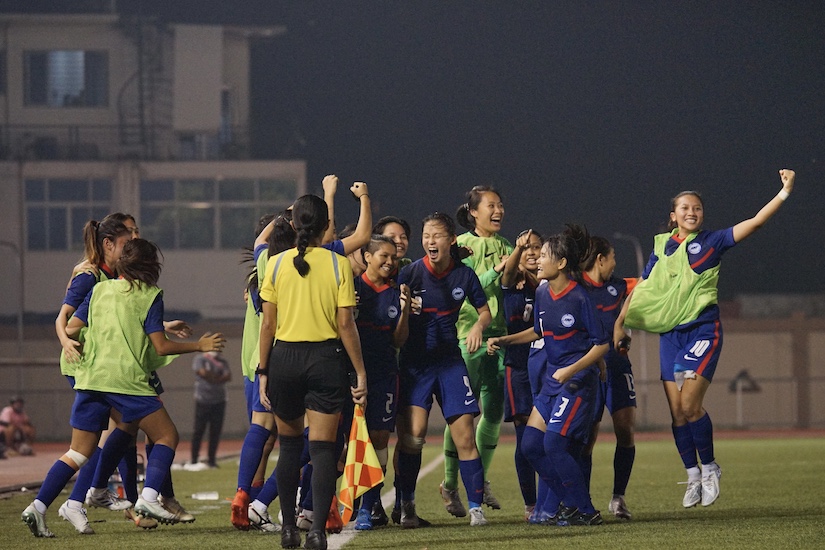 Thailand pounced on a rare defensive Philippines lapse to eke out a 1-0 win to wrest Group A top spot in the AFF Women’s Championship 2022 at the Rizal Memorial Stadium.

Defenders Dominique Randle and Sofia Harrison were unable to clear a high ball inside the box for striker Kanyanat Chettabutr’s winning header in the 75th minute – boosting the Thais to the top of the group with 13 points on four wins and one draw.

The Filipinas, who had their own solid chances of scoring throughout the match, saw their four-game winning streak snapped at the wrong time and fell into second place with 12 points in five matches at the close of Group A play.

The loss was also a disappointment to around 4,000 local fans, the biggest yet, who were keen on inspiring the home side to victory.

Until that 75th minute miscue, the hosts looked set on upending the four-time AFF Women’s tournament queens or at least looked headed for a well-earned draw to retain group leadership.

Although they switched places at the 1-2 spots, both squads, however, have qualified for the crossover semifinals set for Friday.

Which team either side will face in the semis will be decided tomorrow when defending champions Vietnam and Myanmar – with three wins each -battle for Group B honours also at the Rizal Stadium.

The win by the charges of Miya Okamoto slammed the door shut on Australia, which whipped Malaysia 6-0 at the Imus Stadium in Cavite, and had hoped for a Thai loss in stealing the other second semis seat in the group.

Early pre-tournament favorites, the Matildas wound up in third place with 10 points with three wins, one loss and one draw to exit the 11-nation competition organized by the Philippine Football Federation (PFF).

In a no-bearing match, Singapore shut out Indonesia 2-0 to salvage fourth place with four points.

“We played very well for nearly throughout the game but were punished by that one error. But that’s football, especially when you play against top-quality opposition like Thailand,” noted Australian coach Alen Stajcic.

“We also had four or five good chances but failed to complete them.”

The best one occurred in the 30th minute off a corner kick, but Jessika Stewart’s left-footer from point blank range went straight into the hands of Thai goalie Chotmanee Thongmongkol.

As a last-ditch measure, Stacjic sent striker Sarina Bolden, who scored a hat trick in the Philippines’ 4-1 win over Indonesia last Sunday, to spark the offense but she too was stymied by the disciplined Thai defense.