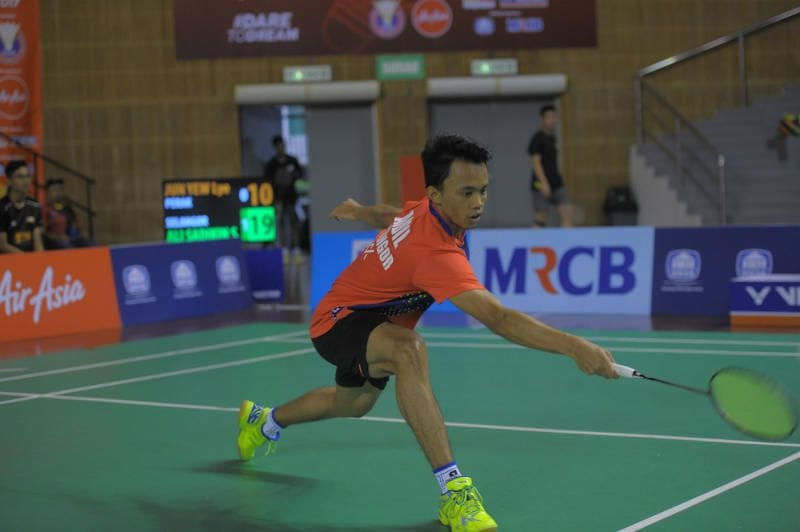 Aidil Sholeh Ali Sadikin came through two qualifying matches to make the main draw of the USD150,000 Macau Open on Tuesday but it was the opposite for compatriot Tan Jia Wei who fell in the first round.
The national singles SEA Games bound shuttler cleared the first hurdle by showing England’s Wong Hin Shu the exit with a 21-14, 21-15 win and followed it up by knocking out Hong Kong China’s Chan Yin Chak in three games 21-17, 18-21, 21-11. His first-round opponent is the experienced Frenchman Brice Leverdez.
Jia Wei failed to clear his first round in the qualifiers against China’s Ren Peng Bo. The Chinese won 16-21, 21-15, 22-20 in a closely fought 69 minutes.
Others who made the main draw after being promoted from the qualifiers are former international Iskandar Zulkarnain and Soo Teck Zhi. The other Malaysian shuttlers in the men’s singles main draw are professional Liew Daren, who is the No 8 seed, Cheam June Wei and Soong Joo Ven.
Two Malaysian pairs also came through the qualifiers in the men’s doubles. They are Syawal Ismail-Ng Chen Wai and Chang Yee Jun-Tee Kai Wun.
Meanwhile, in the mixed doubles number eight seeds Hoo Pang Ron-Cheah Yee See advanced to the second round with a 21-15, 21-13 win against China’s Yeung Shing Choi-Fan Ka Yan. Their second-round opponents are Chung Yonny-Ng Shiu Yee of Hong Kong China.