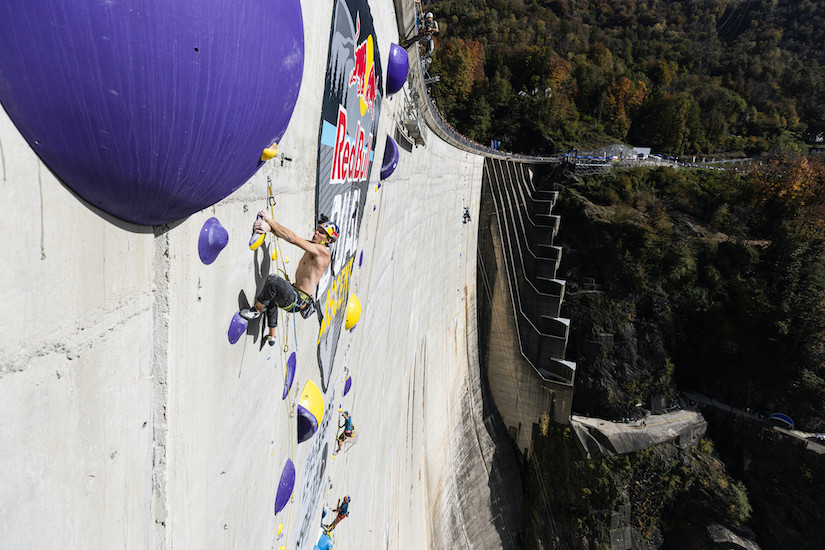 – Following two days of qualifiers – as climbers attempted to tackle the roughly 180m route, which had more than 280 moves and close to 400 holds – four teams advanced to Saturday’s final.

– In the small final, Italian duo Stefano Ghisolfi and Marcello Bombardi put in an outstanding effort to claim third place after a close climb against home favourite Petra Klingler and France’s Louna Ladevant.

– In the big final, it was an incredibly close head-to-head climb, with Škofic and Kruder seemingly heading to victory. However, Kruder fell on the last pitch, resulting in a penalty.

– This then led to Olympic champion Ginés López and overall World Cup winner Potočar dramatically taking the lead and completing the climb in 51:27 to secure the win.

– Ginés López, 20, said: “Today was much harder than the qualifying, the heat was very challenging, and with Domen and Jernej being faster than us we expected to end up second. Luka and I were saying to each other mid-wall, we cannot go faster than we can and if we end up second, that is a great result too. But in the end, Jernej fell, and we took this chance to come back.”

Potočar, 20, added: “Before the last pitch, we thought there is no way we can win. We were exhausted, I was screaming in the middle of my route because I was reaching my limit. But when I was pulling the rope up, I heard Jernej took a fall and realised there was a possibility to still win. At the end, Alberto was super fast and we did it!”

Commenting on the event, Škofic, 28, said: “I am really grateful to have been part of the first Red Bull Dual Ascent. Partnering with Jernej, I think we put up a really good show. We both pushed it, unfortunately with a fall at the end but that happens when you give your all. Overall, I am happy to have made it to the finals with such strong competition against us.”

Kruder, 31, added: “It was incredible. It is hard to find objects that are so high and putting a climbing route on it. Competing here with Domen was an incredible experience, the outcome was unfortunately not as expected but the most important is that we had lots of fun.”

– Switzerland’s world bouldering champion Klingler, 30, added: “Being the only female in the finals is something special, but in the end we are all athletes, all climbers, and that is what counts. We have pushed each other and pushed the sport to a new limit. I think I can say for all of us that we had so much fun doing this and being here.”