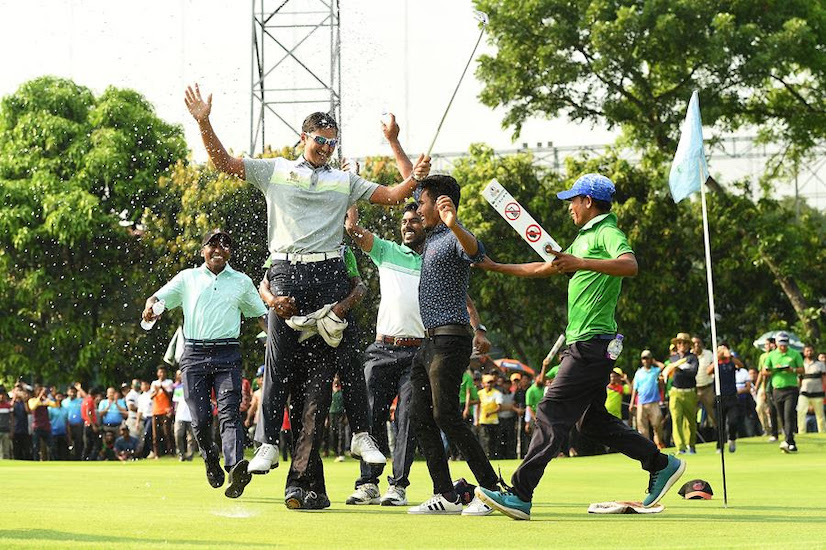 The Bangabandhu Cup Golf Bangladesh Open, one of the Asian Tour’s emerging tournaments with huge growth potential, will make a welcomed return to the schedule this season.

The event, which was last staged in 2019, will be played at its regular home Kurmitola Golf Club, in Bangladesh’s capital city Dhaka, from November 24-27 and will offer a purse of US$400,000.

It had to be postponed in 2020 and 2021 because of the COVID-19 pandemic but makes a popular return as the penultimate event of the season and will play a role in helping to determine the winner of the Asian Tour Order of Merit title.

The tournament has the reputation of providing breakthrough wins for the next generation of Asian Tour stars such as Thailand’s Sadom Kaewkanjana, who triumphed in the tournament three years ago, for his maiden success on the Asian Tour.

In 2017 his compatriot Jazz Janewattananond also lifted his first Asian Tour trophy there which kick started a monumental run which included another five wins and the Asian Tour Order of Merit title in 2019.

Singaporean Mardan Mamat was victorious in 2015 which was the first year the event was played on the Asian Tour; while India’s Gaganjeet Bhullar and Bangladesh’s most famous golfing son Siddikur Rahman triumphed in 2011 and 2010, respectively.

Said Cho Minn Thant, Commissioner and CEO, Asian Tour: “The Bangabandhu Cup Golf Bangladesh Open is an essential part of the Asian Tour schedule and so we are absolutely delighted it will return this year.

“The tournament presents everything that the Asian Tour is trying to achieve in terms of staging tournaments in new, untapped markets and helping to encourage golf at grass roots level. It’s a relatively new event with a very bright future.”

It was first played in 2009, as part of the Professional Golf Tour of India, before joining the Asian Tour later.

General S. M. Shafiuddin Ahmed, Chief of Army Staff, Bangladesh Army and President, Bangladesh Golf Federation, said: “We are proud to organise the Bangabandhu Cup Golf Bangladesh Open at Kurmitola Golf Club in the name of ‘The Father of the Nation’ who was a sports loving person.

“After two difficult years when we were unable to stage our National Open, we are overjoyed to see the tournament return during the current calendar year. Bangladesh being a promising golf country is honoured to be able to host such international sporting events on this scale. This Asian Tour event will be a tremendous boost for the game of golf in Bangladesh.”

Siddikur, a two-time winner on the Asian Tour, will once again lead to the local challenge.

While his victory in the event happened when it was not part of the Asian Tour, he did come close to winning in 2017, when he was runner up.

Remarkably, the Bangladesh star learned the game as a caddie at Kurmitola Golf Club and has an incredible track record in tournaments there.

He has claimed two Asian Development Tour events at Kurmitola: the Grameenphone Bangladesh Masters in 2011, and the 2018 City Bank American Express Dhaka Open.