Home 2020 Alex fights back in Australia for virtual Grand Prix 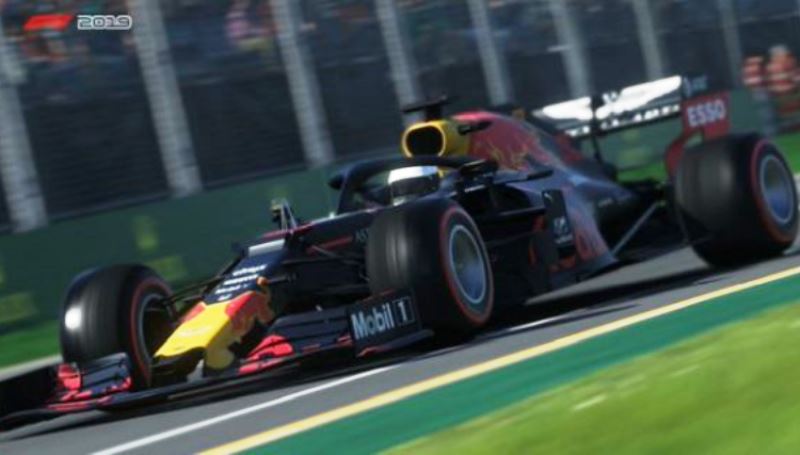 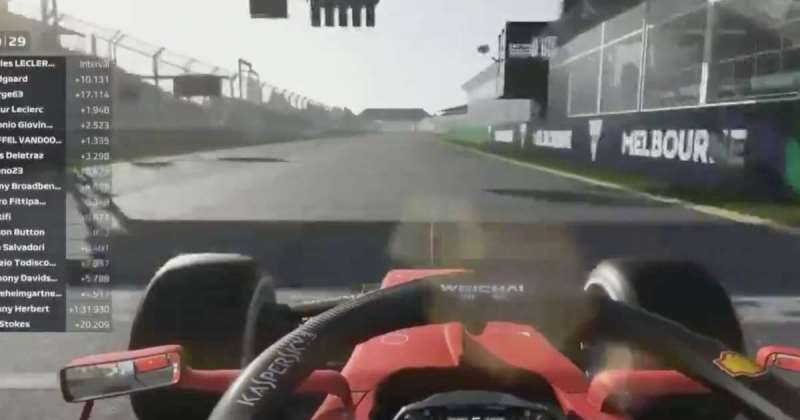 Alex Albon and Ben Stokes teamed up to compete in the second instalment of the Virtual F1 Grand Prix which took place at Albert Park Circuit, Melbourne, in place of the Vietnam Grand Prix.
Alex put in a strong performance, starting fourth on the grid with teammate and Ben qualifying 20th. At lights out, Alex was almost instantly up to third but a spin on the opening lap saw him drop back to 17th, but in true Alex style, he fought hard carving his way back through the field. At the halfway stage Alex was up to 11th behind Jenson Button’s McLaren. The two battled hard for a couple of laps but it wasn’t long before Alex made his move and passed the Brit. Alex continued the charge, crossing the line in eighth place.
Starting at the back of the grid for his first Esports race, Ben seized the opportunity when numerous drivers span, moving quickly up to 11th place. However, Ben slowly started to fall back down the field as the more experienced drivers got back on track. The English cricket legend looked like he was going to finish ahead of Johnny Herbert, but the former F1 driver was wily and overtook Ben with only a few laps remaining, putting him in 18th at the flag.
Red Bull athlete and cricketing legend, Ben Stokes, commented, “Well as much fun as that was I’m a bit gutted I came last. Its the sportsman in me I guess! I felt I started off pretty well but that spin out early on will haunt me forever. My plan for the tyres was to start with a medium compound, then finish on soft, but that didn’t happen. Instead I started on softs had to change to mediums, then went back to softs – so basically the whole the plan went out the window. My Red Bull teammate, Alex, tried his hardest to give me the best chance possible by giving me tips but he’s not a miracle worker! That being said, rest of the drivers obviously have been doing this for a long time so I’m pretty proud of my effort from only a week’s worth of practice. I would do it again in a heartbeat I absolutely loved it.”
Finishing eighth, Alex said, “I’m not sure what happened this evening. I’ve been pretty quick in practice but that didn’t reflect in my performance in the race, especially in qualifying where I forgot to open my DRS which was a bit silly. I had a good start but then I made a mistake on the first lap and had to play catch-up for most of the race. I had a good battle with Jenson Button which was good fun though. Ben was a great teammate, we practiced together quite a bit in the lead up and he just kept getting better and better. I think he did a really good job in the race. This game really isn’t easy, look how many drivers spun, so for Ben to finish only a lap down is impressive. Despite the result, it was good fun, I really enjoyed it and hopefully I can join some more virtual races in the future.”
F1 Virtual Grand Prix Results
1.         Charles Leclerc – FDA Hublot Esports Team
2.         Christian Lundgaard – Renault DP World
3.         George Russell – Williams
4.         Arthur Leclerc – FDA Hublot Esports Team
5.         Antonio Giovinazzi – Alfa Romeo
6.         Stoffel Vandoorne – Mercedes
7.         Louis Delétraz – HAAS
8.         Alex Albon – Red Bull Racing
9.         Jimmy Broadbent – Racing Point
10.       Nicholas Latifi – Williams