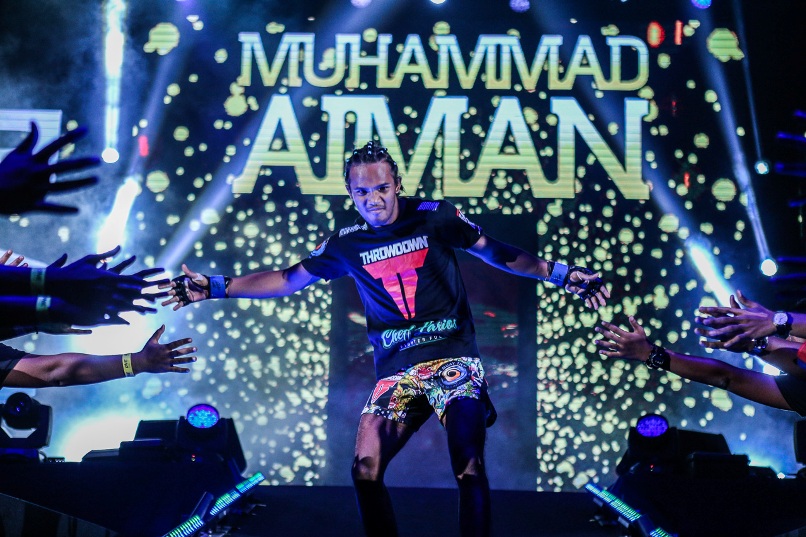 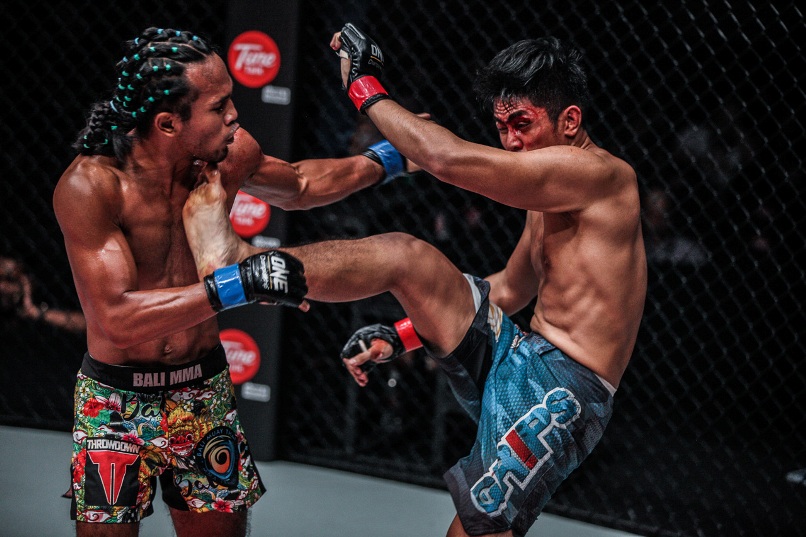 After a flourishing career in the amateur ranks, Malaysian fighter Muhammad Aiman attempts to carry over his success in the pros as he looks to secure his second consecutive victory inside the ONE Championship cage.

The former MIMMA featherweight titleholder is scheduled to go toe-to-toe against Eduardo Novaes of Brazil on the preliminary card of ONE: THRONE OF TIGERS in Kuala Lumpur, Malaysia on 10 February.

Aiman, who had a remarkable record of 8-1 during his days as an amateur competitor, now has a young win-loss slate of 1-1 and is coming off an impressive unanimous decision victory over compatriot Hisyam Sams last September.

Seeking to build a winning momentum in ONE Championship, the 22-year-old native of Seremban, Negeri Sembilan did not mince words of excitement about taking on different challenges that the professional world would bring.

“I’m very excited. I’m always looking for ways to improve my game and to be more confident and comfortable inside the cage,” he said. “I’m doing very well in training. Everyone in my team is helping me out in everything that I can learn in mixed martial arts.”

As he aims to make it two in a row under the ONE Championship umbrella, Aiman knows that he has a tough task in front of him as he is set to square off with a grappling ace like Novaes.

Novaes, who has one of the most superb ground games in the sport today, will be making his ONE Championship debut.

Now training in Singapore under one of the top mixed martial arts gyms in the world, Evolve MMA, Novaes is a silver medalist at the Brazil nationals and a three-time Sao Paolo state champion. Moreover, he has won various regional and national competitions in Brazil over his 20 years of experience.

“This is a exciting fight. My team and I know that he is a Brazilian Jiu-Jitsu black belt. I know I can fight and I got the heart. I want this fight to be memorable that everyone will enjoy,” Aiman said of about his upcoming bout with Novaes.

Even though most of his wins ended by way of submission during his amateur stint, Aiman has other plans on fight night.

Acknowledging the danger that his opponent can offer on the mat, Aiman prefers to stand and bang with his Brazilian foe.

“I exerted more training on the ground because he is a black belt in Brazilian Jiu-Jitsu, but I will force him to a stand-up fight. My biggest strength is my hands. I will let my strikes speak for me on fight night,” he ended.