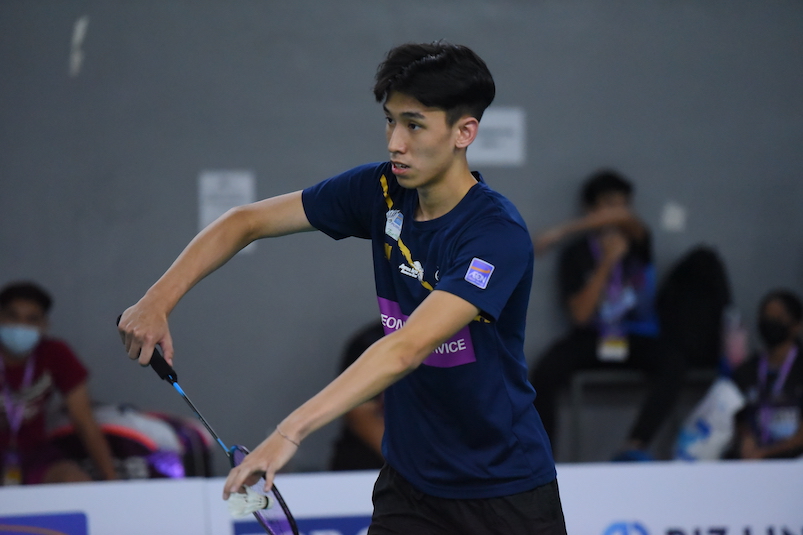 Ampang Jaya BC’s Tan Jia Jie will get a step closer to achieve his dream of becoming a national badminton player after clinching the AEON Credit Purple League Junior 2020 (ACPLJ 2020) Boys Under-18 title.

Jia Jie said he is looking forward to joining the Badminton Association of Malaysia&#39;s (BAM) extensive training camp which is a part of the reward for the champion besides the cash prize of RM1000 and medal.

The lanky teenager said he is grateful for the ACPLJ 2020 which provided him with the stage to showcase his talent.

“I had a good game against Ariffin, he was a bit tired and my training to improve my stamina worked in this match. I’m very happy with the win and I am looking forward to training with BAM,” he said.

“I could have done better in the final, my opponent was a good player and he gave me a good fight but in the end, I managed to get the win.”

“I’m looking forward to watching and learn from players like Lee Zii Jia during the training camp with BAM and I hope I can improve further and one day play for the country.”

In the Girls Under-18, unseeded Wong Ling Ching of Butterworth BC clinched the title after upstaging second seed Tan Yan Yi of Serdang BC 11-3, 11-2, 11-4.

She also completed a double after partnered Teoh Le Xuan to win the Girls Under-18 double with a win over Bayan Lepas BC pair Amanda Yap Hwa Leng-Tan Xin Zon 11-5, 11-9, 11-7.

The win saw Ling Ching return home with RM1000 cash prize and a medal for winning the singles and she shared the RM1500 cash prize with her double&#39;s partner Le Xuan and also the opportunity to join BAM’s intensive training camp.

A jubilant Ling Ching said she&#39;s glad to achieve her target of winning both finals.

“I had a good outing here and it feels good to win after not playing for a long time in competition due to the pandemic,&quot; said the Sarawak lass who trained with Le Xuan for a few days before the competition.

“I moved from Sarawak to Penang six months ago to get better training and this is the first competition for me and I am glad to win it.”

Her partner Le Xuan said both of them managed to click as pair due to their good basics.

“I think we did well although only trained for two to three days. We both had been a trainee with BAM before so our basics were strong and we managed to be on the same page in our matches.”

Butterworth BC emerged as the overall champion and returned home with RM10,000 and the championship trophy, while Perling BC who were named as the runners-up picked up RM5000.

“I am happy to see the players return to the court after the long Covid-19 hiatus, while some are taking time to adjust to competition, many others proved that the deadly virus could not dampen their winning spirit,” he said.

“Throughout the event, we have seen young and hopeful shuttlers showing signs of maturity and skills well beyond their age. I believe they are happy and eager to get back to competition.”

“Even though Kampar is under-recovery MCO, we made sure that we had no audience and international participants. The SOPs were strictly followed because we want to unearth the next badminton champion through our platform.”

“We truly appreciate the belief of our current set of sponsors and especially to our Purple League Junior main sponsor Aeon Credit for their continued confidence to organise the APLJ.

“We will continue to work hand in hand with the Badminton Association of Malaysia (BAM) for more development work and it’s worth mentioning that the Under-18 champions will earn an invitation to attend an extensive training camp run by the BAM.

The annual Purple League Junior (PLJ) Competition has entered its sixth year. Its purpose is to search for new young talents and provide a platform for promising youth to showcase their talent, gain competitive experience, and build confidence in badminton.