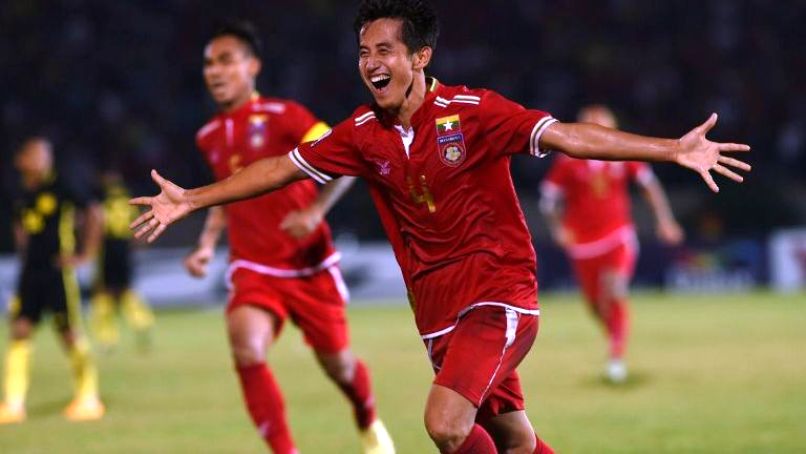 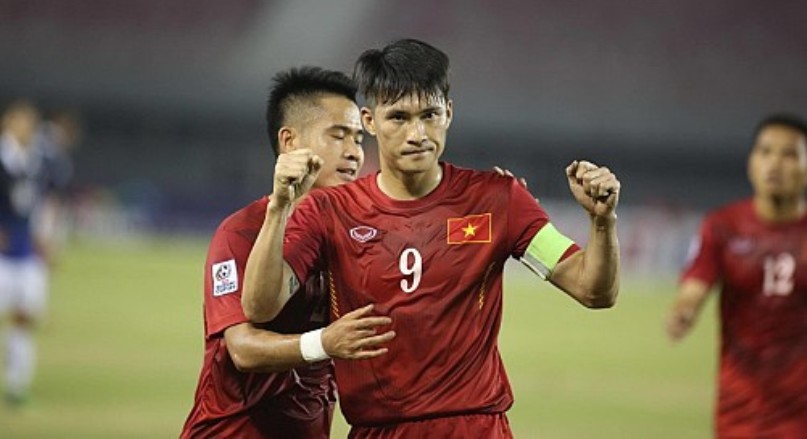 With favourites Vietnam doing just enough to beat Cambodia 2-1 to win Group B of the AFF Suzuki Cup, it was the battle in Yangon which had everyone talking last night as hosts Myanmar denied 2014 finalists Malaysia 1-0 to book their place in the semi-finals this year.

Needing just a draw to make it to the next round, Myanmar were certainly in no mood to compromise as they ran the Malaysian defence ragged right from the start.

And they could have dealt the Malaysians the early blow had Aung Thu converted a penalty in the 11th minute, whose attempt was denied by Malaysia’s Khairul Fahmi Che Mat much to the silent dismayed of their adoring crowd which completely sold out the stands at the Thuwunna Stadium.

Malaysia was on the back pedal for much of the tie as they tried to fend off the Myanmar onslaught.

And finally after coming so close for so many times, came David with his low cross to put the game beyond doubt as the whole of Myanmar went off in wild celebration.

“It was pulsating all the way. We stick to our attacking game plan although a draw was enough to put us through,” said Myanmar head coach Gerd Zeise.

“Now we are in the semi-finals after a long time.” 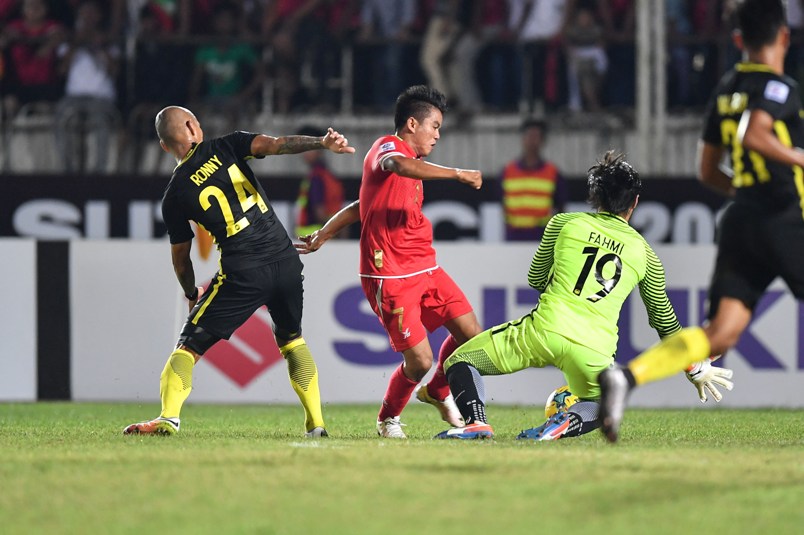 Over at the Wunna Theikdi Stadium, ten-man Vietnam survived a brave Cambodian onslaught to win 2-1 to cement their place at the top of the standings.

Defender Truong Dinh Luat was red carded after just three minutes into the game for a foul on Cambodian striker Chan Vathanaka for a denial of a goal scoring opportunity.

But that failed to dampen the spirit of Vietnam as 20 minutes on, striker Le Cong Vinh nailed the opener with a fabulous flick off a cross from Nguyen Van Toan.

Cambodia were not over-awed as they continued to press forward in search of their first goal and their first point of the competition.

Unfortunately just five minutes into the restart, they fell further behind when off a cross from Van Toan, defender Nub Tola turned the ball into the Cambodian goal.

Still persistent, Cambodia finally got the goal they were looking for when Chreng Polroth unleashed stinger from 20metres out to beat Vietnam keeper Tran Nguyen Manh.

“We made some changes to the line-up and I thought that we played well even though we only had ten men,” said Vietnam head coach Nguyen Huu Thang.

“Now we will look forward to the semi-finals.”

For the semi-finals, Vietnam will take on Indonesia in Jakarta on 3 December 2016 while Myanmar will play Thailand in Yangon on a day later.