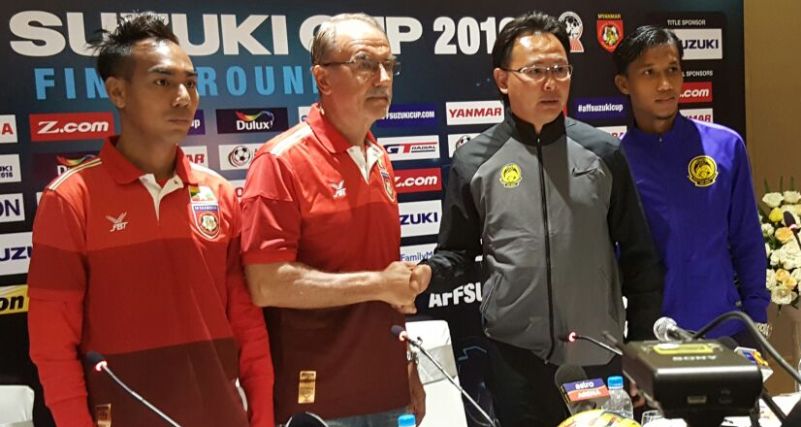 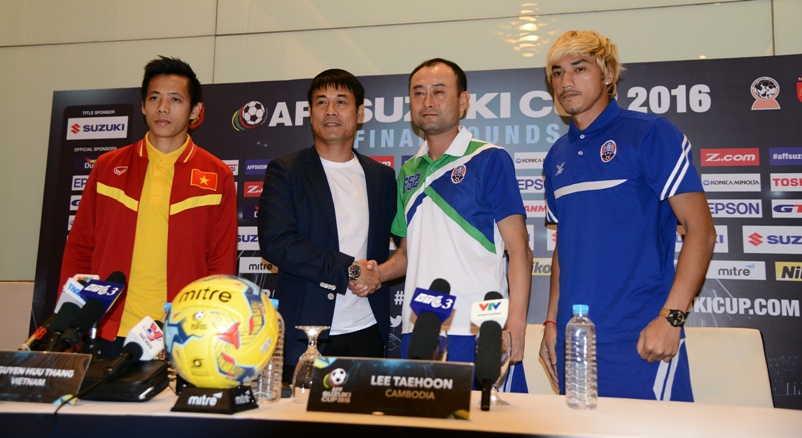 It is crunch time in Group B of the AFF Suzuki Cup tomorrow with all eyes on the Myanmar Malaysia game to decide who joins Vietnam in the semi-finals.

A mouthwatering match is expected to set the Thuwanna Stadium alight with emotion when the game kicks off at 6pm Yangon time.

Myanmar need only a draw to go through as they are equal on points with Malaysia but ahead on goal difference. Both teams have won one and lost one while Vietnam, who play Cambodia at the same time at the Wunna Theikdia Stadium in Nay Pyi Taw, lead the way with two handsome victories.

Myanmar coach Gerd Zeise is very clear how he wants his side to handle the situation.

He said: “You cannot speculate for a point, if you play for a point you lose. We will try to win. I cannot play for a point. If the players go for a point we will switch off, and that is not what we want. We will see tomorrowwhat performance we are able to bring. Malaysia are a different team from Cambodia, they are much stronger and we must find the right way to play.”

Zeise is fully aware how dangerous Malaysia can be and added: “When I think of Malaysia’s performance against Vietnam I was very impressed. They were very strong and it was a different team than what we faced in the friendly earlier this year. It will be a very tight match, a very tough match because it’s life or death. We don’t want to die now.”

Myanmar are hosting the Group stages of the tournament for the first time and are trying to emulate their heroics of 2004 when they finished fourth after losing to none other than Malaysia in the match for third place.

“We know Myanmar definitely have a very strong side with a lot of young players. I believe what they showed in their last two games with their determination will definitely make it tough for us. At the same time playing at home is always an advantage for the home team.”

Malaysia won the AFF Suzuki Cup in 2010 and were runners up two years ago as well as in 1996 so they have the pedigree in the region’s biggest and best football tournament.

“Back home in Malaysia the boys have played in front of big crowds, I think we can handle it. Most important we keep focus on what we need to do instead of focusing on what is happening outside the pitch,” he added.

Although Vietnam are through to the next round they still need to play well to top the Group. In the unlikely event they lose to Cambodia and either Myanmar or Malaysia win they could be relegated to second place.

“We arrived in Nay Pyi Taw yesterday and we have been training every day. At the moment our players are fully concentrated on tomorrow’s game. It will be a good match tomorrow to complete the group stage,” said Nguyen Huu Thang, the Vietnam coach.

“I admire the coach of the Cambodia team. We have all seen that Cambodia has improved a lot, he has made some changes to the team and introduced good players into the setup such as Prak Mony Udom and Chan Vathanaka. I expect them to challenge our players and that will make tomorrow’s match an exciting one.”

Having lost their two opening games Cambodia can no longer progress in the tournament but they have shown flashes of brilliance and their coach Lee Tae Hoon is keen for his young team to gain more invaluable playing time.

“Vietnam is one of the strongest teams in Southeast Asia and I think it will be a very difficult game for us tomorrow. Our players were always going to face strong teams in the group stages so the challenge will be to try our best. Even if we don’t get a result we must show that we have to deliver an improved performance,” he said.

“I think it will be very difficult to score against Vietnam. We have many young players and they have gone up against quality opposition in many games but we lack experience playing in the AFF Suzuki Cup Final Rounds. I do hope we can score tomorrow and get some points on the board.”