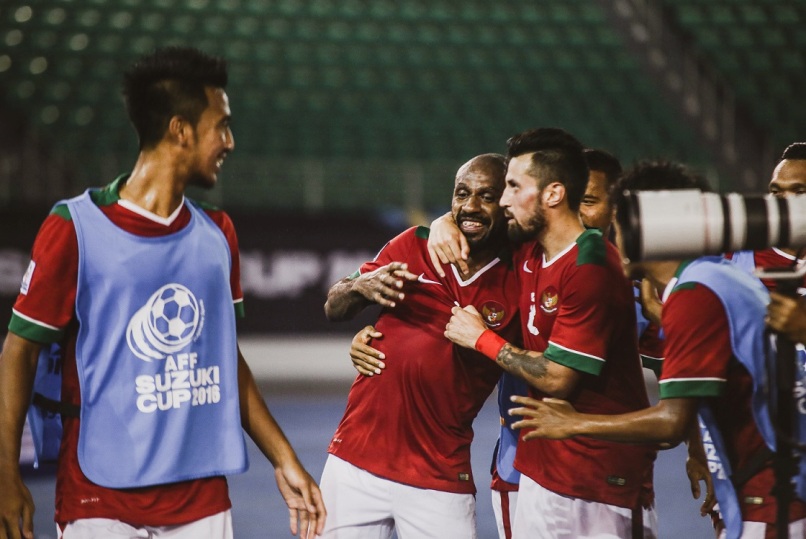 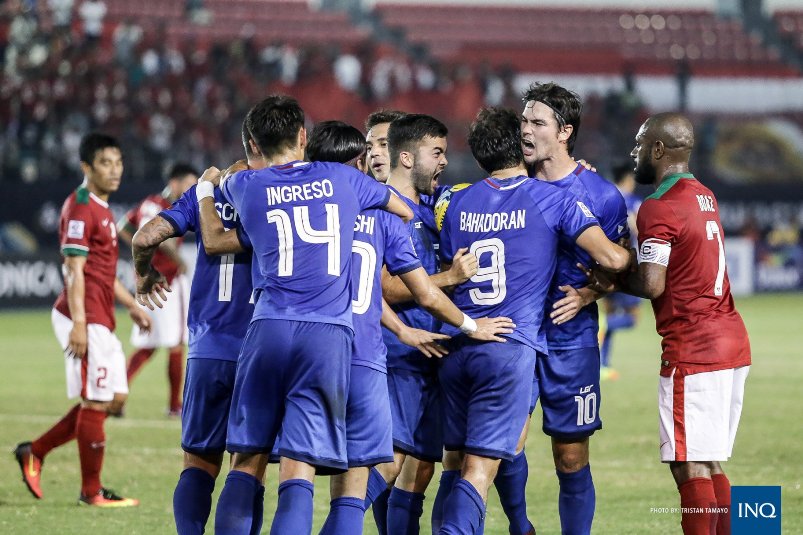 Philippines skipper Philip Younghusband’s sensational goal eight minutes from time handed the hosts a precious point and keep them in the running for a place in the semi-finals of the AFF Suzuki Cup. Indonesia, who led twice today, are also still in contention despite the 2-2 draw at the Philippine Sports Stadium tonight.

Philippines and Indonesia will join Singapore in a titanic battle for the second semi-final slot which will go down to the wire. After today’s games, defending champs Thailand top the group with six points with Philippines second with two points while Singapore and Indonesia are next with one point apiece.

For the record, Philippines will take on Thailand at the Philippine Sports Stadium while Singapore face Indonesia at the Rizal Memorial Stadium downtown.

Some fans were still making their way into the match when Indonesia hammered in the opening goal. The stunned home fans watched in dismay as Fachruddin Wahyudi Aryanto headed Indonesia in front in the seventh minute.

Manuel Gelito Ott almost struck the equaliser a few minutes later but his crisp shot was punched away by Kurnia Meiga Hermansyah. The Filipinos pushed on and levelled terms in the 31st minute. Stephan Schrock sent his freekick deep into box where Misagh Barhadoran stuck his boot out and connected the ball in. 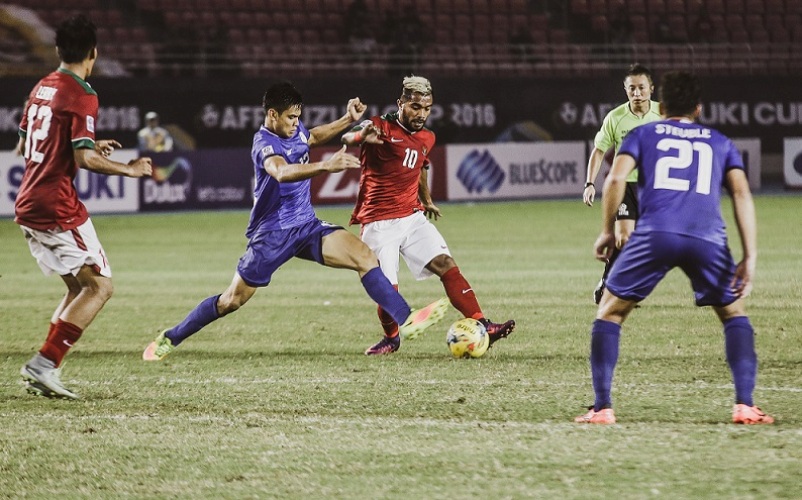 In the last few minutes of the half, Indonesian keeper made two crucial saves, in the 40th and 43rd minutes, off strikes from Mike Gelito Ott and Manuel.

Indonesia continued to press forward and struck again in the 68th minute through captain Boas Salossa but it was soon wiped out when Philip sent his freekick into the top left corner, beyond the reach of Kurnia Meiga.

“We had a good game and I feel we should have won,” said Indonesian coach Alfred Riedl. “Now we have to go and win the last match and hope to go through. We have a few days to decide on our plan for the next game.”

Thomas Dooley praised his skipper for scoring when it mattered most. “He has been working hard and it’s good that he scored.”