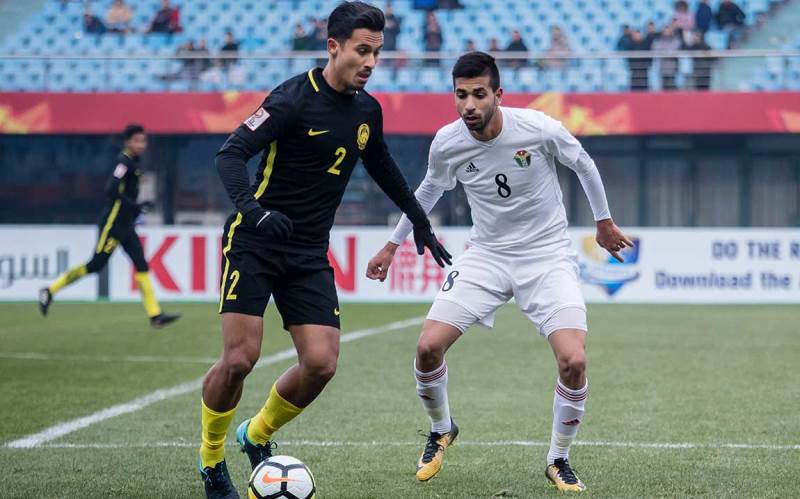 National football chief coach Tan Cheng Hoe has named a 26-player training squad for Malaysia’s AFF Suzuki Cup campaign without any player from Malaysia Cup finalist Terengganu.
“The squad may not please all but this is the best with youth and experience. We are in the process of building a strong team for the future and it starts with the Suzuki Cup,” said Cheng Hoe.
“There may be some other better players but they may gel into our style. There are several other factors taken into consideration in naming the squad.”
However, Cheng Hoe laments the absence of Pahang defender Matthew Davies who had to be left out due to a left knee injury after an MRI showed that he has a meniscus tear that will take some time for recovery. Also out is Johor Darul Takzim player Fazly Manan who has opted out due to personal matters.
“Matthew is playing well and he could have made a difference to the team. But we have to move on. This is the best squad we have. It has depth and well balanced in all departments.”
Cheng Hoe, however, has recalled another Pahang player Nor Azam Azih into the squad which will be pruned to 23 after Malaysia’s A international friendly against the Maldives on Nov 3 which will be played at the National Stadium in Bukit Jalil.
The final phase of preparations begins on Wednesday – minus the five players from Malaysia Cup finalists Perak. The Perak players are goalkeeper Hafizul Hakim Khairul Nizam Jothy, midfielder Kenny Pallraj and defenders Shahrul Saad, Amirul Azhan Azuan and Nazirul Maim Che Hashim. They will report for training on Oct 29 after the Malaysia Cup final on Saturday.
The national squad training will be held at the Universiti Sains Islam Malaysia in Nilai, Negri Sembilan, and the Institute Semarak Felda (artificial turf) in Bangi.
Eighteen players in the squad are from the National Under-23 squad who featured in Malaysia’s friendly against Kyrgyzstan at the Hang Jebat Stadium in Melaka. Malaysia lost 1-0.
Four players – JDT goalkeeper Haziq Nadzli, Mahali Jasuli (PKNS), Nik Akif Syahiran (Kelantan) and Nazmi Faiz Mansor (JDT) have been put on the standby list.
In the AFF Suzuki Cup which begins on Nov 8, Malaysia is drawn in Group A with Cambodia, Laos, Vietnam, and Myanmar.
Malaysia won their only AFF Suzuki Cup in 2010 under coach Datuk K. Rajagobal while Cheng Hoe was the assistant coach.
THE SQUAD
Farizal Marlias, Aidil Zafuan Abdul Radzak, Adam Nor Azlin, Azrif Nasrulhaq, Syamer Kutty Abbas, Safawai Rasid, Ahmad hazwan Bakri, Syafiq Ahmad (all JDT); Hafizul Hakim Khairul Nizam, Shahrul Saad, Amirul Azhan Azuan, Nazirul Naim Che Hashim, Kenny Pallraj (all Perak); Akram Mahinan, Syzwan Zainon, Akhyar Rashid (all Kedah); Zaquan Adha Abdul Radzak, Syazwan Andik Ishak, Irfan Zakaria (all Kuala Lumpur); Nor Azam Azih, Mohamadou Sumareh, Norshahrul Idlan Talaha (all Pahang); Khairul Fahmi Che Mat (Melaka); Azizan Nordin (Sabah); Syahmi Safari (Selangor); Shahrel Fikri Fauzi (Nakhon Ratchasima).