Home 2021 ASC2020: All square between Singapore and Indonesia 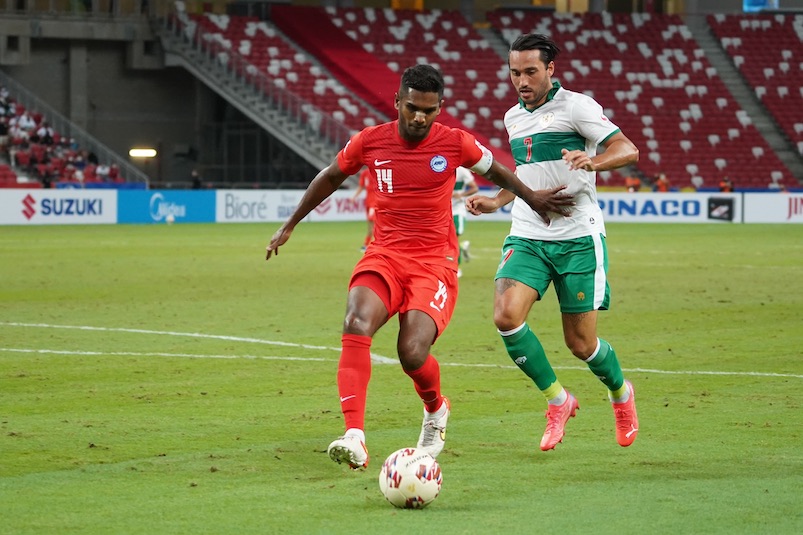 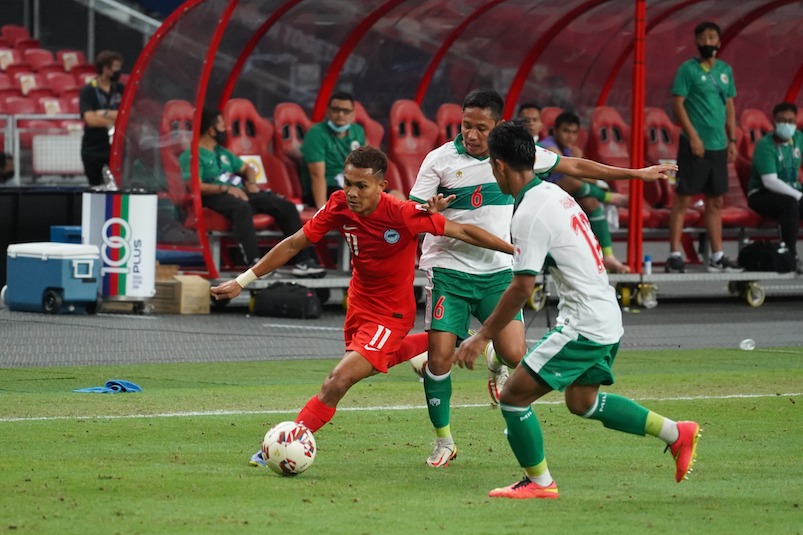 It was all square between host Singapore and Indonesia as both teams battled to a pulsating 1-1 draw in the first leg, semi-final 1 of the AFF Suzuki Cup 2020 last night at the National Stadium.

Buoyed by a sell-out crowd, Singapore started well but it was to be Indonesia who took the lead in the first half before the host replied after the break for both teams to return for the second leg in three days.

“It was not a bad result but it was not very good,” said Singapore head coach Tatsuma Yoshida afterwards.

“We were down in the first half but the players did not give up. Some players were nervous but it is understandable as it is a big match and they felt the pressure.”

Midfielder Song Ulyoung puts up a battling performance for Singapore at the centre of the park which forced the Indonesians down the flanks.

Shahdan Sulaiman tested Indonesian keeper Nadeo Arga Winata with a well-taken freekick in the seventh minute as they came close again with a looping header from Safuwan Baharuddin some time later.

But captain Asnawi Mangkualam was always a handful with his overlapping runs and in the 28th minute, a quick exchange with Witan Sulaeman saw the latter putting the ball beyond the reach of Singapore custodian Hassan Sunny.

Trailing by a goal well into the second half, Singapore created a flurry of chances off Ikhsan Fandi and Faris Ramli but the Indonesian defence stood firm until the 70th minute.

Ikhsan picked up on the through pass from Faris to slot the ball past Nadeo for the well-played equaliser.

“I am not satisfied with the result, of course. I felt that the players look tired at certain of the games. We were struggling,” said Indonesian head coach Shin Tae-yong.

“But we will have two days’ rest and we will improve in the next game.”

Added Witan, who picked up the Man of the Match award: “We had a better first half than the second. Now we will just have to work harder for the second leg.”