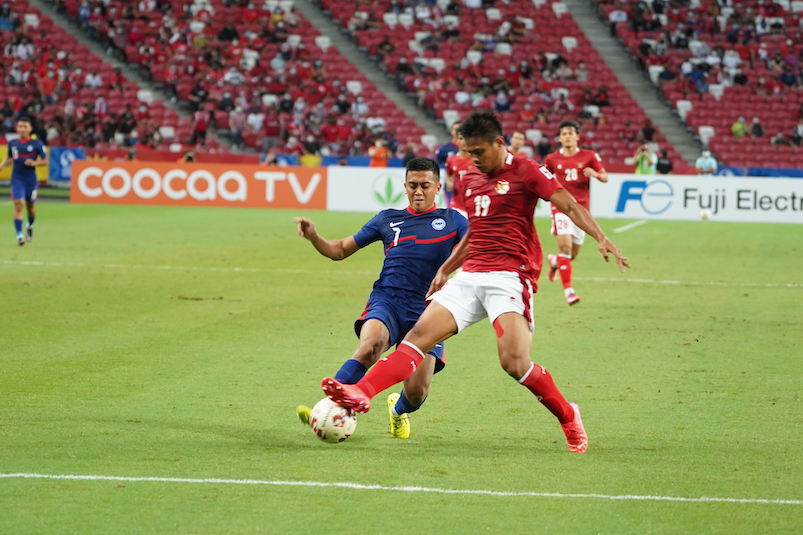 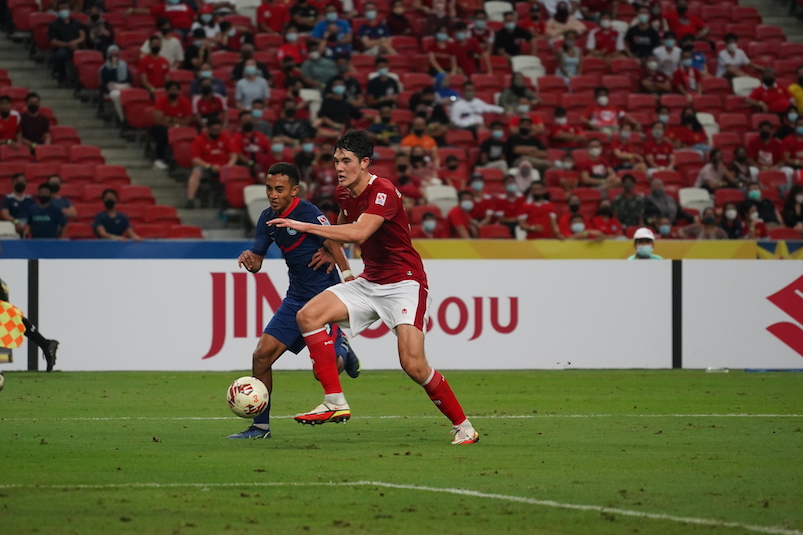 It took longer than both teams expected but at the end of the absorbing encounter in the second leg, semifinal 1 of the AFF Suzuki Cup 2020, it was Indonesia that emerged victorious following a 4-2 win after extra time here at the National Stadium.

With the score tied 1-1 from the first leg, both teams were tied 2-2 at the end of regulation.

But the extra time turned the match on its head as Indonesia took advantage of their numerical superiority to score twice for the 5-3 aggregate win and their place in the final for the first time since 2016.

“It was heaven and hell all at the same time,” said Indonesian head coach Shin Tae-yong after the game.

“Both teams worked really hard on the night. But Singapore were really good with the set-pieces. That allowed them to get back into the game. Obviously, we have to work on this.”

The match was every bit as pulsating as had been expected with the actions from end to end.

And it took Indonesia just twelve minutes to go in front when Witan Sulaeman broke through on the right flank for Ezra Walian to finish.

With Indonesia cautious and looking for the gaps to exploit, Singapore received a blow just before the break when Safuwan Baharudin picked up his second yellow card and was dismissed from the match.

However, that did not deter the Lions from grabbing the equaliser when Shahdan Sulaiman floated in a corner for Song Ulyoung to stab home.

Past the hour mark and Singapore found themselves down to nine men when striker Irfan Fandi was red carded in the 67th minute for a foul on Irfan Samaling Kumi.

But again, it was Singapore who found the back of the net in the 73rd when Shahdan fired a freekick to the top left corner before Indonesia then replied in the 87th minute off a tight angle from Pratama Arhan Rifai to put the score back on level.

And Singapore could have finished the game in their favour with minutes left on the clock, but striker Faris Ramli failed to convert a penalty as both teams were forced to go into extra time.

Just before Singapore settled down, Indonesia went ahead in the 91st minute when Shawal Anuar conceded an own goal as Egy Maulana Vikri then poked the ball home in the 105th minute to put the game beyond Singapore’s reach.

As if to add salt to the wound, Singapore finished the match with just eight men when goalkeeper Hassan Sunny was red carded for a foul on Egy right at the end.

“I have to thank the players and the fans for all their support. I have no excuse or complaint of the loss tonight,” said Singapore head coach Tatsuma Yoshida.

“I told the players not to miss this opportunity to be in the final. And they responded very well with perhaps their best performance today.

“The players showed a lot of fighting spirit and they continued to fight even when they were down to eight men.”

Added Man of the Match Shahdan Sulaiman: “we were leading at one time and yes, we let it slip. But we were pushing all the time. We cannot control the referee’s decision but we can control ourselves and keep going.”