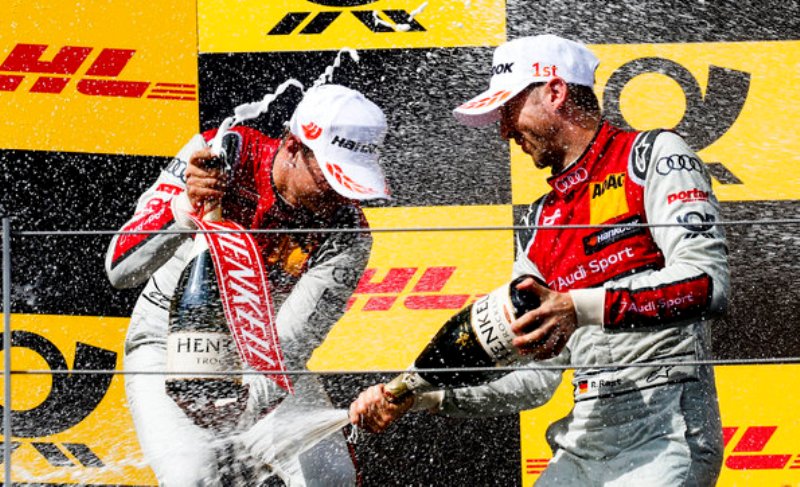 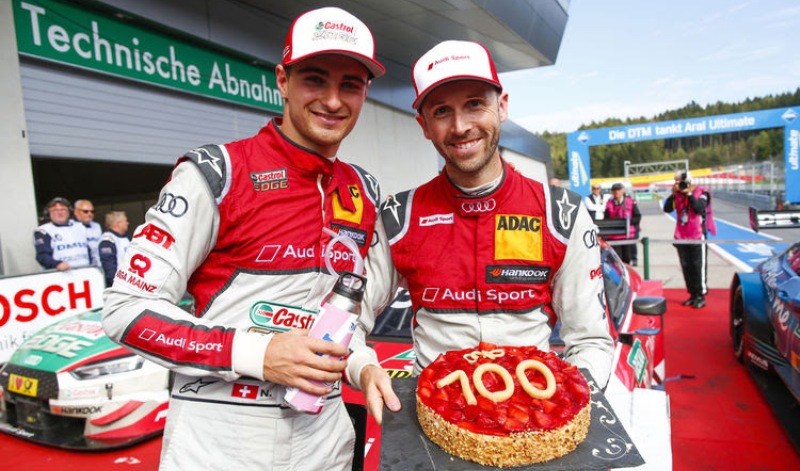 Drivers’ championship to be decided at the Hockenheim finale

“Before the event, we definitely didn’t expect to score our 100th victory here at Spielberg,” said Head of Audi Motorsport Dieter Gass. “This is simply incredible. After qualifying, we didn’t think we could win. We were hoping for Nico (Müller) to somehow manage to get in front of the Mercedes-Benz cars, and he did. René had a fantastic start. He put himself in a good position and subsequently drove an excellent race. The timing of the pit stop was perfect, too. Now we’re looking forward to Hockenheim.”

By clinching his fourth consecutive victory, René Rast managed to keep the DTM title race open. Mercedes-Benz secured an early win of the manufacturers’ classification at Spielberg, while in the more prestigious drivers’ classification the reigning champion before the last two races at the Hockenheimring on October 13/14 only has a deficit of 30 points to Paul Di Resta and 26 to Gary Paffett.

Rast closed a similar gap last year at Hockenheim by delivering a perfect performance during the final weekend. The DTM’s shooting star is already sure of finishing the drivers’ classification in one of the top three positions.

Like on Saturday, Rast on Sunday did not manage a perfect qualifying on a partially wet track. However, from seventh on the grid, the title defender in his Audi RS 5 DTM advanced to fourth position as early as on the first lap.

With strong lap times about halfway through the race and a quicker pit stop, Rast succeeded in overtaking his title rivals Gary Paffett and Paul Di Resta, and subsequently Nico Müller as well. The Swiss had started from the front row and fought a thrilling duel with Gary Paffett during the opening laps before being able to pull clear of the field shortly before the pit stops. “The duel was a lot of fun and my car was also fantastic today,” said Müller.

“Thank you very much to Audi and to my team! That I didn’t put up very much of a fight against René is logical when you look at the standings. Audi clinched four of the possible six podium places including both victories here. That’s simply fantastic.”

René Rast was rather speechless after the race. “It was an incredible weekend,” said the title defender who was presented with the winner’s trophy by “folk rock ’n’ roller” Andreas Gabalier. “I’m incredibly thankful for a good race, a good car, a good pit stop and, again, good teamwork. I’m simply overjoyed.”

The 31-year-old German again wrote a small chapter of DTM history: After Klaus Ludwig, Nicola Larini and Alessandro Nannini, he is only the fourth driver to have celebrated four victories in succession. Most recently, Nannini had achieved this feat in 1996. In the “new” DTM (since 2000), Rast is even the first ever driver to have done this.

Statistics: 100 Audi victories in the DTM