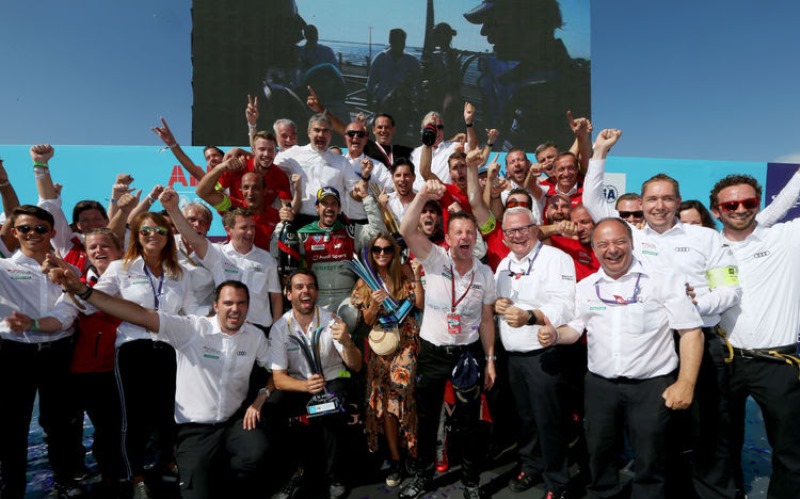 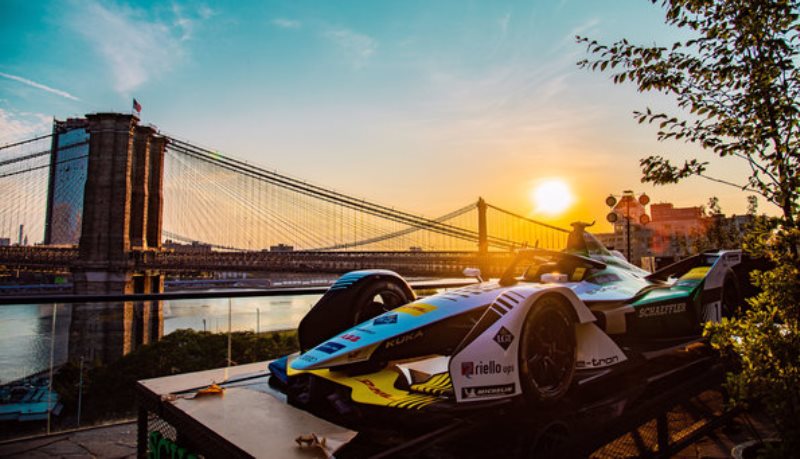 Audi Sport ABT Schaeffler secured the title in the teams’ classification with impressive comeback drives in the season finale. Four podium positons during the weekend, including a one-two finish and 78 of a maximum of 94 possible points, turned a near unassailable deficit of 33 points before the final weekend into a 2-point advantage.

Heart-stopping final in New York: the title decision for the teams’ classification in the ABB FIA Formula E Championship was open and hard-fought all the way to the final lap, with a mere two points finally making the difference. In Sunday’s race, Lucas di Grassi crossed the finish line in second place after 43 laps around the street circuit in Brooklyn, with its view of downtown Manhattan.

The Brazilian grabbed the championship runner-up spot with his seventh consecutive podium result. In the first four races of the season, di Grassi didn’t finish in the points once. From the sixth race onwards, he stood on the podium after every race.

“No points in four of the races and now I’m second in the drivers’ classification – this is a small miracle. It still turned out to be an exceptional season for me and also our team. We never give up and winning the teams’ title after such an incredible comeback is the best proof of this,” explained the Brazilian.

In the four years that Formula E exists, di Grassi scored 611 points and 27 podium finishes for Audi Sport ABT Schaeffler – in both instances, more than any other driver in the electric racing series.

Teammate, Daniel Abt, finished third and scored 15 points as well as an extra point for setting the fastest race lap, making a valuable contribution to the sensational victory in the teams’ classification in the final race. It was the fourth for the 25-year old, he is thus the driver with the most fastest race laps this season.

Audi Sport ABT Schaeffler achieved this seven times in twelve races – a record among the teams. “We had a big goal and we achieved it. What a comeback – I’m happy and delighted for the entire team.

And this includes people not at the track, but also every partner and employee in Ingolstadt, Neuburg and Kempten,” explained Abt, who with 120 points, two wins and two further podium results here in New York completed by far his most successful season in four years of competing in Formula E. Abt finished fifth in the drivers’ classification.

Team Principal Allan McNish explained: “Yes, we were biting our nails all the way to the last corner and the final second of the race, but now it’s reality: Teams’ Champions! I’ll now give Lucas and Daniel a big hug. This season was up and down, and they always did their best. Also, today when a push came to a shove, they delivered the goods. A big thank you also goes to our base camp in Germany. Great job.” Head of Audi Motorsport Dieter Gass added: “When we travelled to New York, it was clear that it would be a huge challenge. That it would be such a thriller and go all the way to the last corner kept us all speechless. A big thank you also to all the employees at Audi Sport, ABT and Schaeffler at home. This heart-stopping finale was really electrifying.”

During the Formula E finale, technology partner Schaeffler offered a view into the future of Formula E. On Saturday evening, Schaeffler invited almost 300 guests – including the German Ambassador to the U.S. Dr. Emily Haber – to one of the typical New York rooftops and showed a prototype of the spectacular new Audi e-tron FE05 in which jointly-developed powertrain technology from Schaeffler and Audi is being used again. The second era of Formula E will begin with the first race in Riyadh (Saudi Arabia) during mid-December.