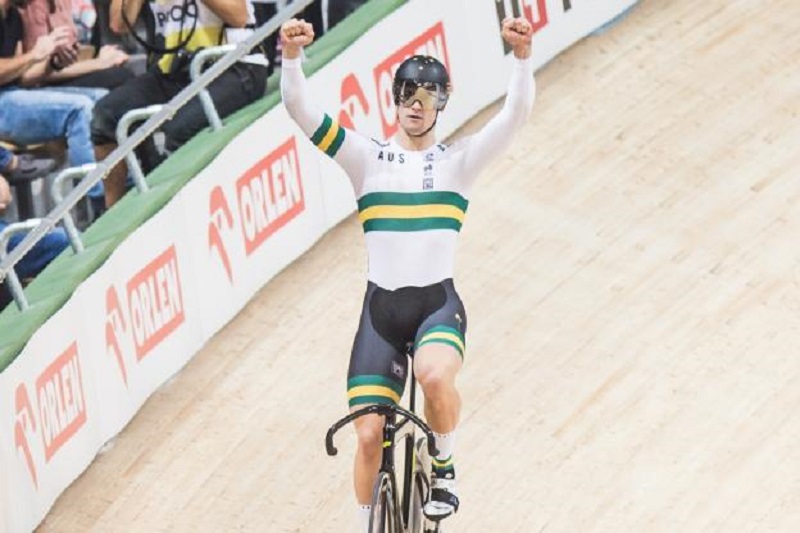 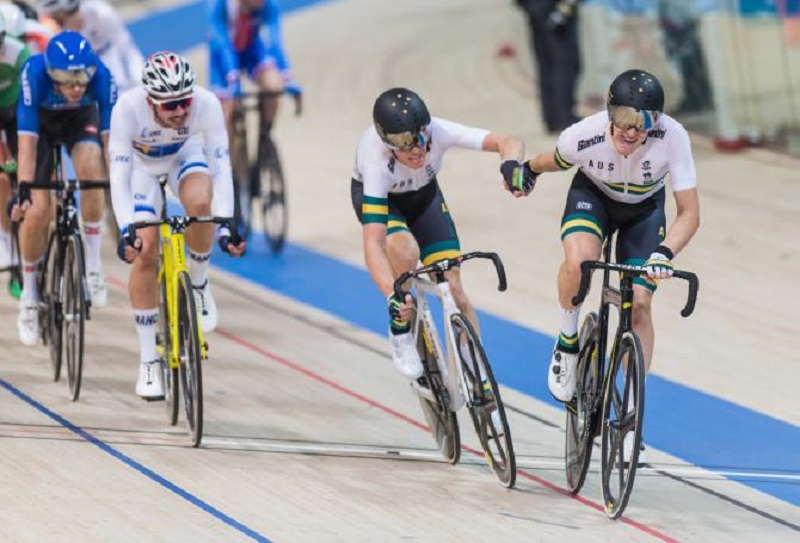 Australia’s Matthew Glaetzer said he had surprised himself by becoming the first rider to break the one-minute mark at sea level in the one-kilometre time trial while still a novice in the event.

The 25-year-old from Adelaide achieved the feat in the qualifying round of a World Cup meeting in Manchester on Sunday, recording a time of 59.970 seconds.

Glaetzer’s performance was all the more remarkable given that this was only the fourth time he had ridden competitively in the event ahead of trying to win gold in April’s Commonwealth Games in Australia’s Gold Coast.

Although numerous riders have dipped under 60 seconds for the four-lap event at altitude — most notably at Aguascalientes, Mexico where the current world record of 56.303 seconds was set by France’s Francois Pervis in 2013 — nobody had previously gone under the minute mark at sea level.

“I always thought it was possible, just not yet, this is sooner than expected,” said Glaetzer.

“But it was so quick tonight, there was an awesome crowd, it felt fast and this track has historically been pretty quick,” added the Australian, fourth in both the men’s team and individual sprints at the Rio Olympics.

“When I looked up at the scoreboard, I was stoked. I knew it felt good but I didn’t know it was that good.

“At that point, you’re pretty dazed from the effort, so I had to focus on the scoreboard and to see ’59’ up there, I thought ‘wow, I’ve done it’.

“There was a sense of relief, then a bit of shock, then I just enjoyed the moment.”

Glaetzer went on to win the gold medal in the later finals round, although this time narrowly missing out on a sub-minute ride as he recorded a time of 1 minute, 00.081 seconds.

But, to cap a phenomenal effort this weekend, the former team sprint world champion also won a silver medal in Friday’s individual sprint event and immediately after Sunday’s kilo final, competed in the final of the keirin.

Not surprisingly, given his earlier efforts, Glaetzer faded to finish fourth in the keirin.

“That keirin was savage,” he said. “Ten minutes to recover after a kilo is not quite enough!

“But what we do isn’t easy and you can’t expect a walk in the park. You’ve got to challenge yourself but, after the kilo, I didn’t quite have enough gas to stay with the boys in the keirin.”

High altitude offers a great advantage to athletes in high-speed, short-distance sprint events, such as track and field and cycling, due to the lower atmospheric pressure and air resistance which means Glaetzer’s sub-minute ride is ranked a world best, rather than a world record.

However, his effort has beaten the previous world sea-level mark of 1:00.042, set by Germany’s Joachim Eilers in London last year.

The kilo, considered the blue riband event of track cycling, was controversially removed from the Olympic Games schedule after Athens in 2004 but has remained on the Commonwealth Games programme.

With the 2018 Commonwealths being staged in the Gold Coast, Glaetzer and his fellow Australian cyclists regard the multi-sport event as the central goal of their season.

“It’s a home event so it would be hard not to (think of it that way),” he said. “The media obviously give it some attention and, while there is always pressure to perform, we love competing on home soil.”

Glaetzer added: “It makes a change from travelling halfway across the world at this time of year, it will be nice to race in Australia.”-Agence France-Presse