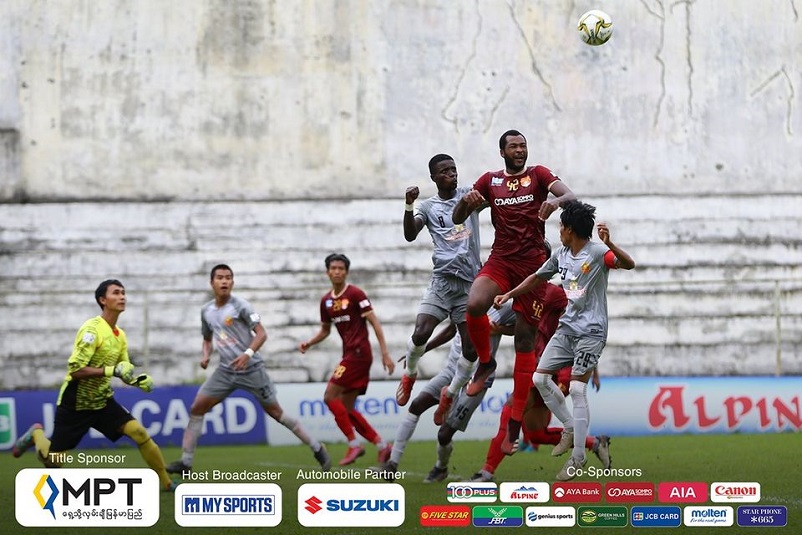 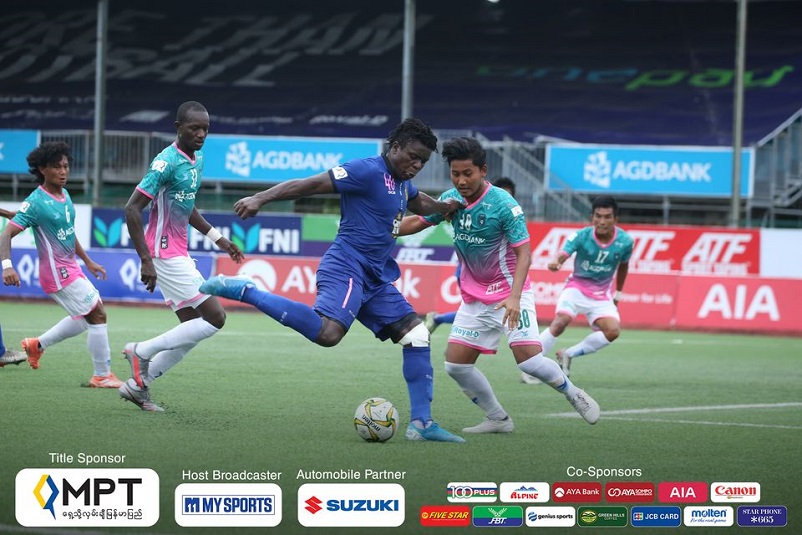 Ayeyawady United took advantage of a slip up by Hantharwady United to open up a two-point lead at the top of the MPT Myanmar National League 2020.

With closest challenger Hantharwady picking up just one point following their disappointing scoreless draw against Yangon United, Ayeyawady’s 2-1 win over Rakhine United made sure that they maintained their winning form for yet another weekend.

Following a close fight in the first half, it was Rakhine United who went ahead in the 55th minute through Ye Win Hlaing.

But an own goal from Thet Tun Aung ten minutes later handed the initiative to Ayeyawady as Soe Moe Kyaw then nailed the winner just four minutes later.

In the meantime, defending champions Shan United were also on a winning run when they beat Ispe FC 3-1 to keep pace with the leaders.

Dway Ko Ko Chit hit a brace off goals in the 22nd and 90th minute and another from Ye Min Thu (41st) as Ispe pulled in a goal in between through Khin Kyaw Win in the 38th minute.

The full points gave Shan United 36 points from 15 matches – a point behind second-place Hantharwady and four behind Ayeyawady.