Home International ‘Bad day at the office’ for Spain’s Muguruza 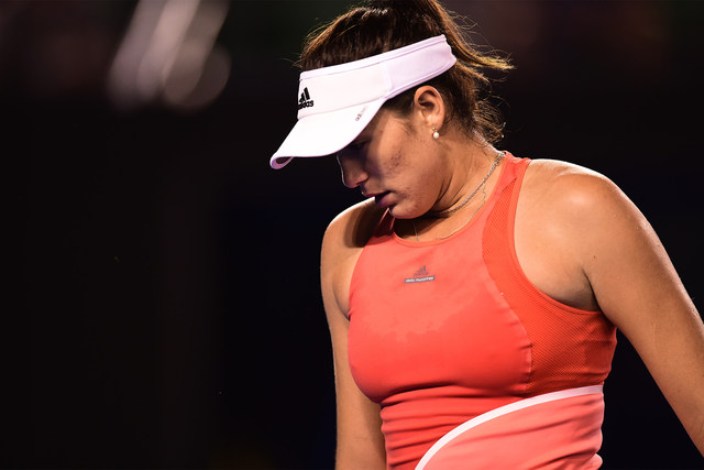 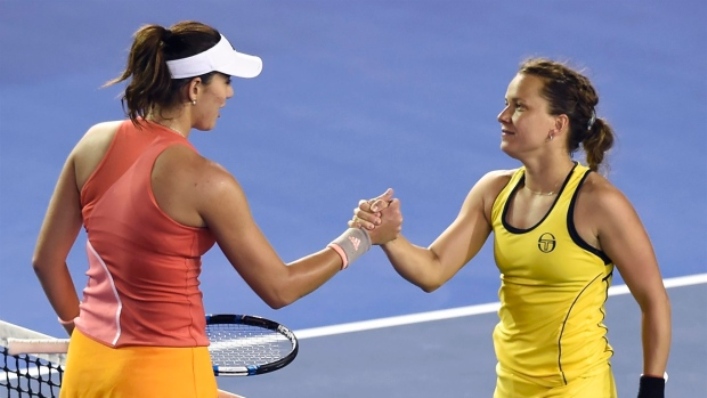 Garbine Muguruza admitted Saturday she had a “very bad day at the office” after failing to live up to her billing as third seed in a shock Australian Open loss to Barbora Strycova.

The Spanish star, a Wimbledon finalist last year, became the latest top-10 player to crash out of the season-opening Grand Slam with her error-strewn game exposed 6-3, 6-2 by the Czech veteran, who reached the fourth round for the first time in nine attempts.

It was a remarkable upset by Strycova, who had only gone beyond the third round once in 38 previous Grand Slam appearances — at Wimbledon in 2014, where she made the quarter-finals.

“Clearly not my best, for sure. I think today is a very bad day at the office,” said 22-year-old Muguruza, the breakout star of 2015 who had high hopes of claiming a first Grand Slam title at Melbourne Park.

“I think Barbora played good, very good. Also, I didn’t play good. But, I don’t know, I think I just couldn’t find the court, my shots. I didn’t really find my game.”

Strycova’s reward is a showdown with two-time champion Victoria Azarenka, seeded 14, for a spot in the quarter-final.

“What went well? I think everything,” added the 29-year-old. “I was serving very well, and the plan was to play my game, mix it a little bit, but to play deep.

“And it’s not easy against Garbine, because she plays fast and also very deep. Today I think she didn’t have the best day and I felt good on court, and that’s why I think I won.”

Despite her billing, Muguruza also found the going tough in the second round against Belgian Kirsten Flipkens. Against the 48th-ranked Strycova, she clocked 32 unforced errors.

The Czech was a bundle of energy and while the Spaniard looked dangerous in the opening game, working two break points, she was unable to convert them and Strycova held on.

Muguruza was then broken in the next game with Strycova, a former junior champion in Melbourne, dominating from the baseline as the Spaniard struggled to find her range.

She knuckled down and against the Strycova serve in the third game, rallied from 40-love down to break back on a double fault and haul herself back into the match.

But the experienced Czech kept the pressure on Muguruza’s wobbly serve and she got another break and then held for a 4-1 lead.

It went to serve until the struggling Spaniard smacked a backhand into the net to hand over the set in 38 minutes.

Fired-up, Strycova attacked her opponent’s second serve in the opening game of the second set to force consecutive errors as she chalked up another early break.

Muguruza’s service return was woeful and she was snatching at groundstrokes as the match slipped away. Strycova broke again in the seventh game as a forehand from the Spaniard drifted wide, before holding serve for one of the biggest wins of her career. – Agence France-Presse