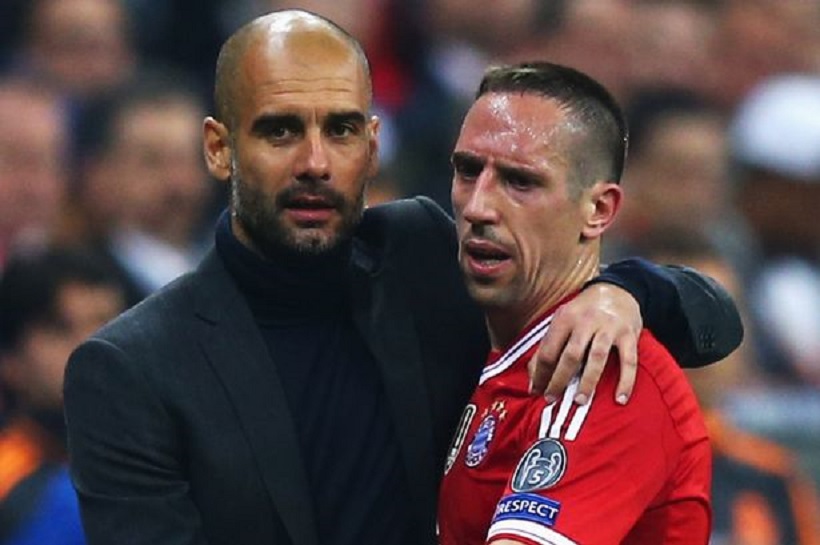 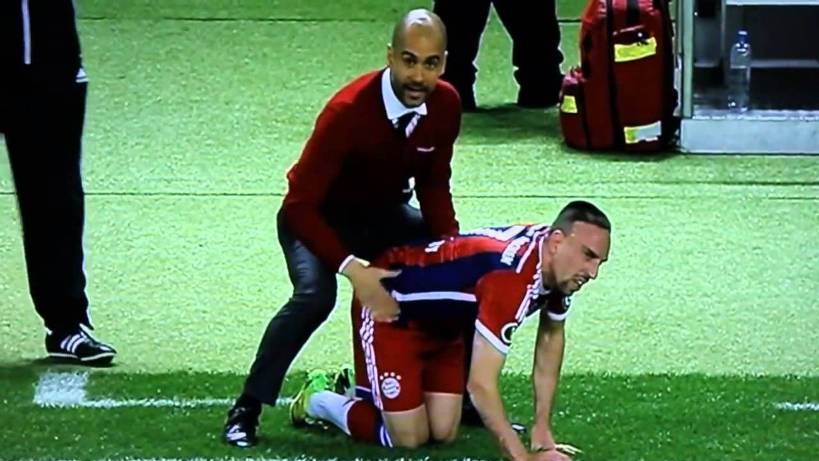 French winger Franck Ribery has again criticised his ex-Bayern Munich coach Pep Guardiola during the club’s tour of the United States, claiming the Spaniard talks too much and lacks experience.

Guardiola is now head coach of Manchester City after three seasons with Bayern and Ribery has wasted no time in criticising his former boss.

Bayern lost 5-3 to AC Milan on Wednesday in a penalty shoot-out after their friendly in Chicago finished 3-3 after extra time.

Ribery netted twice, including converting a 90th minute penalty, and has refound his form after injury restricted his number of appearances last season.

Carlo Ancelotti, 57, has replaced Guardiola as Bayern coach for the 2016/17 season and Ribery has been quick to praise the Italian, at the expense of the 45-year-old Guardiola.

According to Ribery, 33, Ancelotti is an experienced coach, “totally different” from Guardiola, who “has not had a long career as a coach” and the player says he feels “motivated and liberated” again on the pitch.

“I don’t need a coach to tell me what I have to do right on the pitch when I have the ball,” added Ribery.

Having sometimes had a strained relationship with Guardiola, the Frenchman says Ancelotti has given Bayern “what we have been missing a bit” while the Italian said Ribery was “one of the best” players on the pitch in Chicago.

In magazine Sport Bild, Ribery continued his criticism of Guardiola, pointing to the Spaniard’s lack of experience despite winning 14 titles in four years with Barcelona and seven trophies in three years with Bayern.

“He is still a young coach. He lacks experience. Sometimes he (Guardiola) talks too much, football is very simple,” added the Frenchman.

Ribery also criticised Guardiola for not starting key forward Thomas Mueller for Bayern’s 1-0 defeat at Atletico Madrid in the first-leg of the Champions League’s semi-final last season as Munich eventually bowed out in the last four for the third season running.

“You can’t make a mistake in the semi-finals of the Champions League, you have to have the big names, your best players, on the field,” added Ribery. – Agence France-Presse