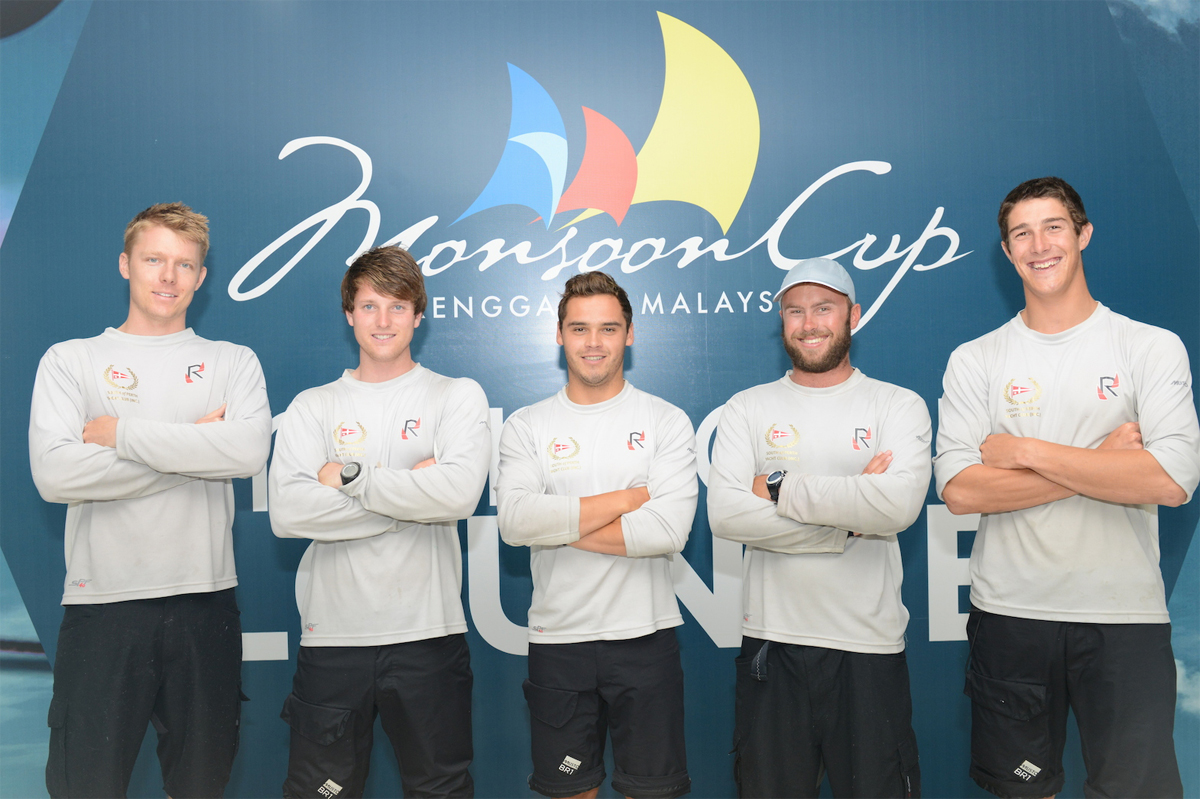 KUALA TERENGGANU – The Monsoon Cup Terengganu was becalmed on the second day, with sailors only managing to complete the final two flights of the first round-robin stage before lunch time.

Sam Gilmour extended his winning streak in the first half of the day, besting both his opponents – Maximilian Soh with Team Red Dot and Matthew Jerwood, skipper of Redline Racing – to stay at the top of the scoreboard with his team Neptune Racing.

Jerwood managed to hold on to second place followed by Arthur Herreman and Match The World team. Jeremy Koo and his Sime Darby Foundation / 1Malaysia Match Racing Team is fourth with three wins.

Australian Jerwood is happy with how his team performed and while he did not managed to topple his training partner Gilmour, Jerwood looks forward to race him in the second round-robin stage.

“We just want to keep doing our thing, nothing special and keep improving to build towards the finals,” Jerwood said.

Heavy rain and strong winds of up to 16 knots during the two flights in the morning abated and sailors had to stay on land for the rest of the day before officials decided to let them off early and start the second round-robin races tomorrow.

David Chapman of DC Racing did not manage to win any of his races today, and was pipped by Morten Jakobsen of EM Thailand for fifth place when the latter ended with three wins out of seven.

Asian champion Soh commented that most of his races were very close but did not manage to convert them into wins.

“We’ve had a lot of close races so far and lost a couple by only a few seconds. We’re also still getting used to the boats, we haven’t sailed the Foundation 36 in a long time,” he said.

“We want to sail in as many races as we can get, and hopefully win some. We know that we can win races,” Soh added.

The second round-robin stage will start tomorrow followed by the semi-final races.