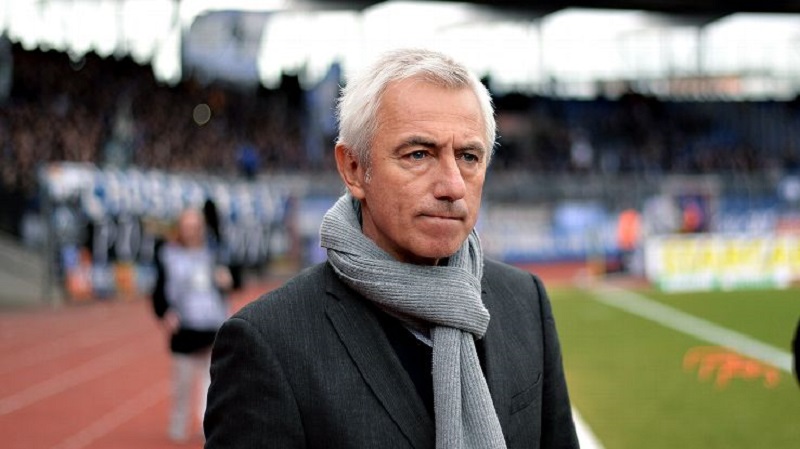 Dutchman Van Marwijk, who led Saudi Arabia to World Cup qualification before leaving in September last year over a contract dispute, was one of the leading foreign candidates to take on the short-term coaching stint.

“This is a great result for Australian football,” FFA chairman Steven Lowy said in a statement.

“He knows a lot about our team and how they play because he studied them closely as an opposition manager in the same (World Cup qualifying) group. These experiences make him a compelling choice.

“In Bert van Marwijk we have a manager who can achieve great things with this team.”

The 65-year-old took the Netherlands to the World Cup final in 2010 and has also coached Dutch club Feyenoord and Bundesliga sides Borussia Dortmund and Hamburg.

Van Marwijk said the Australians “are not going to Russia just to be competitive”, adding: “I want to win our matches.”

Van Marwijk is not the first Dutchman to coach the Socceroos, with Guus Hiddink and Pim Verbeek previously taking the reins.

The appointment could last only for the June-July World Cup, with the FFA saying that arrangements for the coaching role after the tournament “will be announced in the near future”.

Leading local contender Graham Arnold earlier this week ruled himself out of the Russia gig, but kept the door open to coaching Australia in the future.

Sydney FC said Arnold would remain as coach at the A-League club until the end of the current season, which finishes in May.

The global hunt followed Australian Postecoglou’s resignation after the Socceroos beat Honduras in an intercontinental play-off to qualify for Russia.

The Socceroos have been drawn in Group C of the World Cup together with France, Denmark and Peru, with their first game against Les Bleus on June 16.