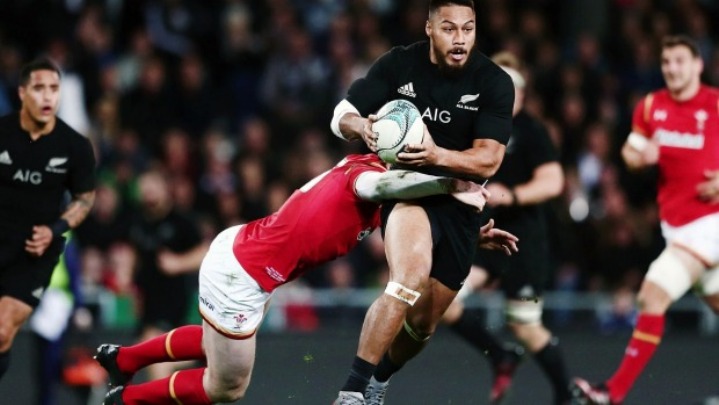 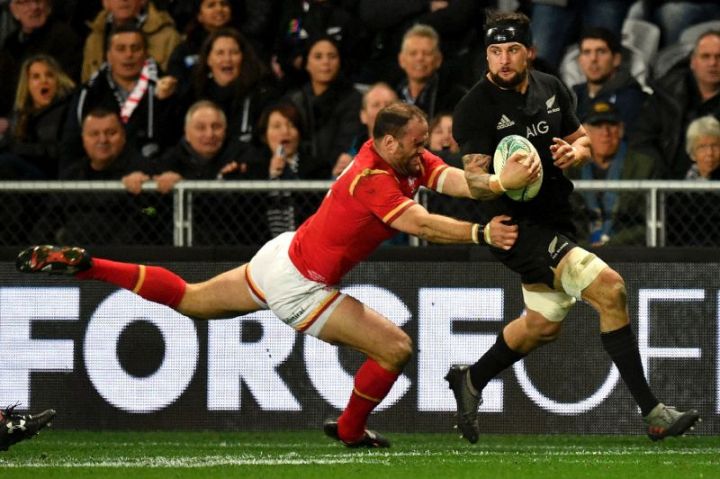 New Zealand pounded Wales with pace and intensity and a masterful performance by Beauden Barrett to sweep the three-Test series with a 46-6 victory in Dunedin on Saturday.

Barrett, in a rare promotion from his regular super-sub role to starting fly-half. commanded a relentless attacking game by the All Blacks as he seamlessly took over from the injured Aaron Cruden.

Wales started strongly, desperate to salvage something from a tough series against the world champions, but were effectively on the ropes after 10 minutes.

By half-time the All Blacks were ahead 18-6 and they piled on a further 28 points after the break.

Barrett finished with a personal total of 26 points from two tries, five conversions and two penalties.

Wales were unable to cross the All Blacks line with their points courtesy of two Dan Biggar penalties.

With the All Blacks convincingly winning the first two Tests, coach Steve Hansen used the dead rubber to tinker with combinations in what proved to be a smooth transition.

It should have benefitted Wales who were surprised in particular at the naming of Moala at centre but instead Moala and debutants Elliot Dixon and replacement Liam Squire played like seasoned veterans.

The overwhelming scoreline extended New Zealand’s domination over Wales to 29 consecutive Tests since they last lost 63 years ago, and stretched New Zealand’s unbeaten run against all sides on home soil to 41 matches.

Wales controlled the game at the start. They sent a high kick to Julian Savea, which the recalled wing dropped, drove over the rucks to claim turnovers and had first points on the board with a Biggar penalty.

But when the All Blacks settled the momentum shifted and the world champions began to camp for increasingly long periods in Welsh territory.

A Barret penalty levelled the score, and although Wales immediately regained the lead with a Biggar penalty from the kick off in the 16th minute it would be the last time they would score.

The All Blacks put away their kick-chase game and used Ben Smith and Israel Dagg to attack at pace down the right flank making life a nightmare for Wales wing Hallam Amos.

Smith scored the first try in a marginal call over whether he touched the ball down before his leg slid over the sideline.

Moala, recalled after nearly a year in the wilderness for his second Test, bagged the second try which was again decided by television replays after Liam Williams appeared to rip the ball away before it hit the ground.

Wales turned down the chance of a penalty just on half-time and opted for a five-metre scrum but then lost the ball when they tried to attack the line.

Barrett scored his two tries early in the second half and was instrumental in igniting the attack which led to Dane Coles try, with Dagg running the length of the field to score his try in the last movement of the game. – Agence France-Presse