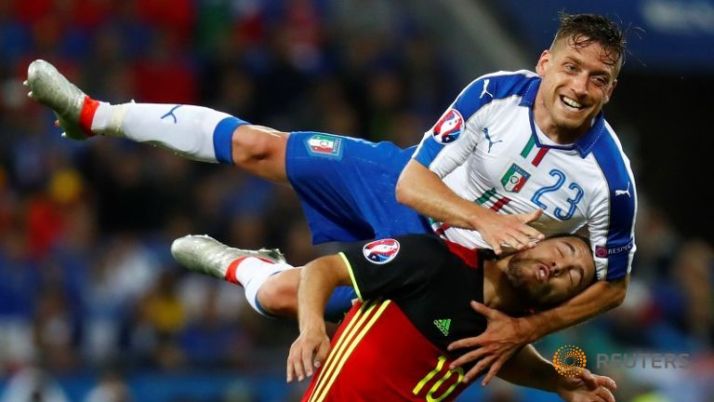 Belgium coach Marc Wilmots has warned against taking Hungary for granted when they face an ambitious modern-day version of the ‘Magical Magyars’ looking to book their quarter-final place at Euro 2016 on Sunday.

While Belgium have failed to live up to their status as the world’s second-best ranked team, Hungary’s feats at their first international tournament for three decades have inspired a nation.

Hungary, whose last major finals appearance came at the 1986 World Cup, finished top of Group E to join a host of other nations who have punched above their weight to reach the knockout phase.

But any Euro success hinges on Monday’s knockout clash in Toulouse, and Wilmots was quick to dispel any thoughts the Red Devils will have it easy.

“Have you not been watching the European Championships?” he said when asked about the threat of Hungary.

“You (media) were also laughing when Wales beat us (in the qualifiers), but look at where they are now. There are no so-called small countries any more.”

A recurring theme at these championships, which saw the number of teams increased from 16 to 24 with four third-placed group finishers joining the top two in the last 16, has been the emergence of traditionally smaller teams.

Wales, on their competition debut, cruised into the knockout phase with a 3-0 win over Russia on a night England’s draw with Slovakia pushed Chris Coleman’s side to the top of Group A.

The Republic of Ireland and Northern Ireland are still hanging on and Iceland have carved open a mouthwatering last 16 clash against England in Marseille.

Hungary’s encouraging campaign, meanwhile, has prompted an audacious comparison with the ‘Magical Magyars’ team that once struck fear into the hearts of Europe’s established sides in the 1950s.

Led by the legendary Ferenc Puskas, Hungary lost just one match between 1950 and 1956 — the 1954 World Cup final to West Germany.

Famously, they also beat England 6-3 in Wembley in 1953 in a game dubbed by the “Match of the Century” by Hungarians, and 7-1 in Budapest just before the World Cup the following year.

But midfielder Laszlo Kleinheisler has called for perspective.

“I believe that one day we will be similar to the great teams of the past,” the 22-year-old Werder Bremen player said.

“But now I’m talking now about the present. We’re putting together a very good team, everyone is continually developing.”

On the night Hungary continued to impress with a rollercoaster 3-3 draw against Portugal, team captain Balazs Dzsudzsak stole some of the spotlight with an impressive brace of his own to help propel his side into the last 16.

“My time came at last in this game, I had to wait a long time for it but patience finally paid off,” said Dzsudzsak, who has seen commentators pay tribute to his feat with poem readings live on television.

Hungary have a lot to live up to if they are to exceed the achievements of their prestigious peers.

And Storck admitted earlier this week: “The shadow of the past is huge over Hungarian football.”

But unfancied Hungary are only 90 minutes away from the last-eight and Wilmots added: “Forget what it says on paper, only what happens on the pitch counts.

“I’d rather play Spain or England, as we would have less to lose.” – Agence France-Presse