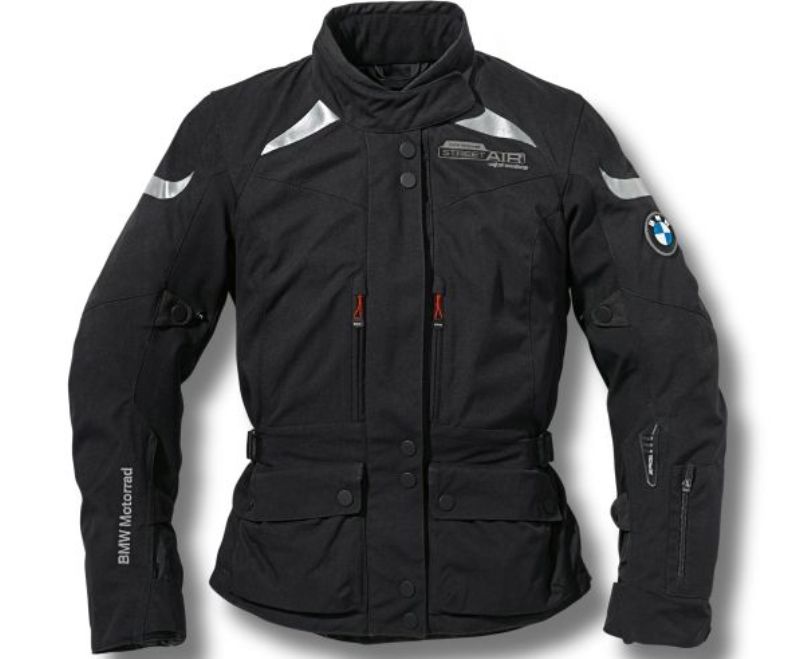 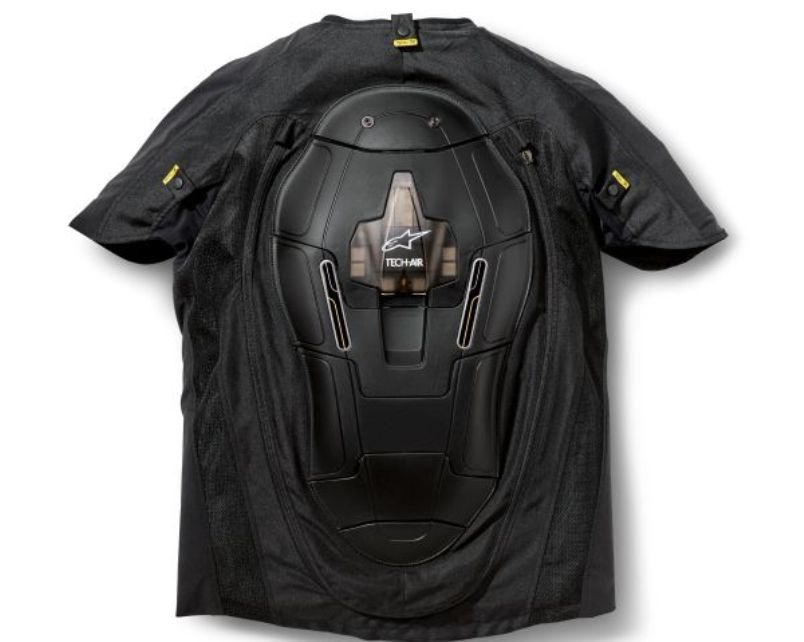 BMW Motorrad is launching the BMW Motorrad Street Air by Alpinestars, an advanced airbag system offering comprehensive upper body protection and the freedom to ride a motorbike in both on- and offroad situations.

The technology adopted from the current Alpinestars Tech-Air® street airbag system – a system requiring no motorbike-mounted sensors. The airbag system of Alpinestars utilizes a sophisticated algorithm that detects imminent danger with the greatest precision and inflates the full upper body airbag to provide a highly effective crash protection system, ahead of the first impact.

The BMW Motorrad Street Air Dry by Alpinestars textile riding jacket is designed to interconnect with the Alpinestars airbag system vest and is an essential component for the system to be fully operational.

It offers instantaneous inflatable upper body protection to the back, kidneys, chest and shoulders – the most exposed areas in a crash. It is also fully independent, incorporating its sensors close to the rider’s or passenger’s body means the airbag activates without the need for a triggering wireless signal to be sent from the bike.

This jacket is the first safety product to be launched under an exclusive agreement, between BMW Motorrad and Alpinestars and is available for both female and male customers in different colorways from October 2016. 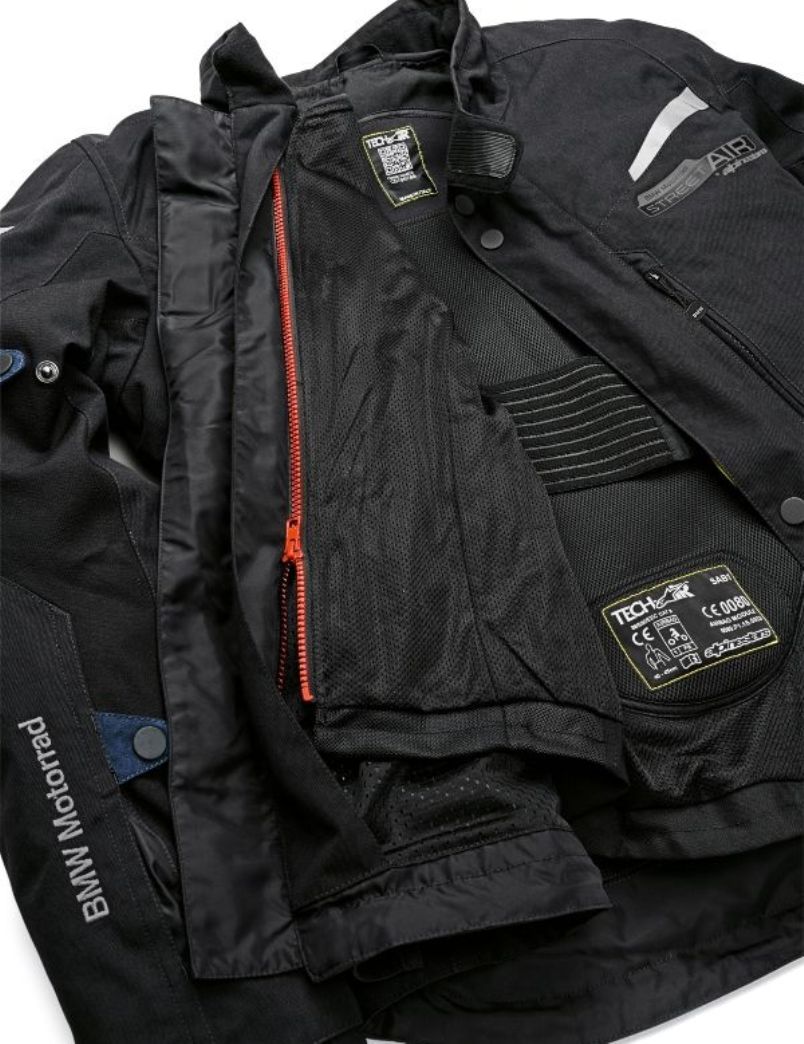 BMW Motorrad and Alpinestars offer the freedom to ride any bike on any surface at any time and can be used for on-road riding and off-road riding with any type of BMW motorcycle and also with all BMW scooters. BMW Motorrad is the only motorcycle manufacturer to have developed the complete range of rider equipment ever since the 1970s – from motorcycle helmets to rider suits, boots and gloves.

In doing so, high priority is attached to maximum comfort for the rider and passenger as well as minimizing the potential consequences of accidents.

BMW Motorrad has always regarded motorcycling and safety as being inseparably linked and anchored in the “Safety 360°” principle. “Safety 360°” breaks down the overall concept of safe motorcycling into three facets: safety technology in the vehicle, safety deriving from rider equipment and safety through rider training.

Alpinestars has been innovating motorcycle riding technology for rider protection, performance and comfort for over 50 years. The Tech- Air™ airbag system, which forms the basis of their active safety cooperation with BMW Motorrad, is the result of Alpinestars’ intensive research and development which commenced in 2001.

For decades, both companies have maintained a leading role in active and passive motorcycling safety. This new cooperation, between BMW Motorrad and Alpinestars, is now extending their position further through this joint development agreement. You will find press material on BMW motorcycles and BMW Motorrad rider equipment in the BMW Group PressClub at www.press.bmwgroup.com