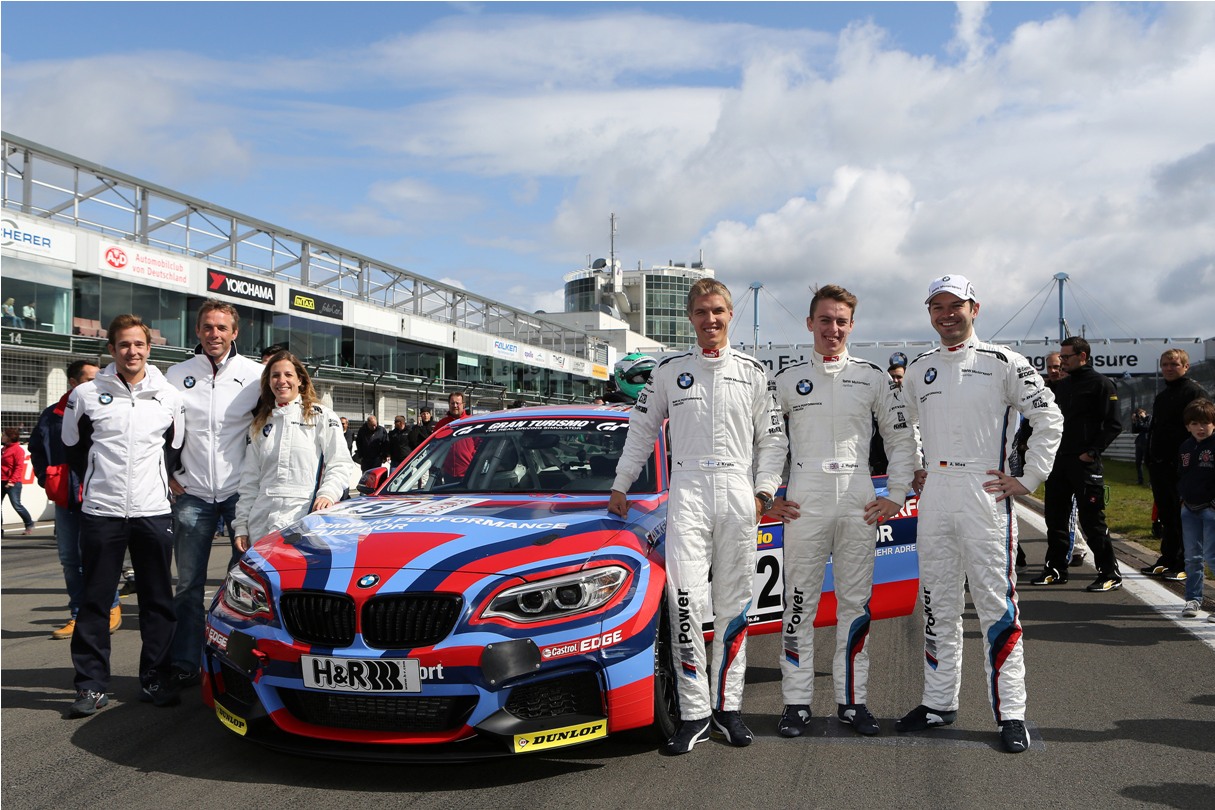 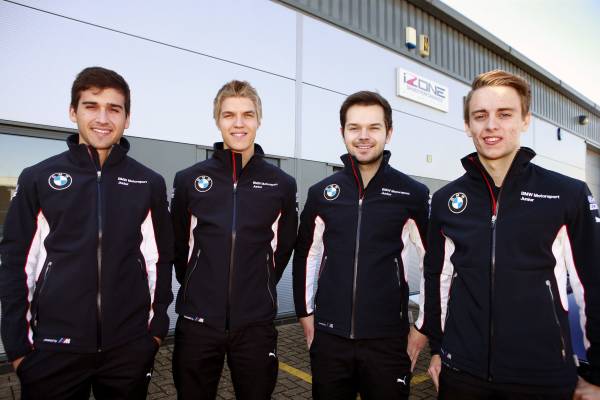 An intense week is underway for the BMW Motorsport Juniors. First up for Jake Hughes (GB), Jesse Krohn (FI), Alexander Mies (DE) and Moisés Soriano (ES) is a second workshop at the iZone Driver Performance Centre in Silverstone (GB). From Monday to Wednesday, they will undergo a three-part mental and simulator training course, under the guidance of renowned sports psychologist Prof. Dr. Dieter Hackfort (DE). The goal of the workshop is to delve deeper into what the Juniors learned during their first visit at the start of June.

From Silverstone, Hughes, Krohn and Mies head straight to Barcelona (ES) where, thanks to the experience they have already gained in the BMW M235i Racing at the Nürburgring-Nordschleife (DE), they will have the opportunity to start at the Barcelona 24 Hours. Mies will alternate with Axel Burghardt (DE), Volker Piepmeyer (DE), Liesette Braams (NL) and Michael Bonk (DE) at the wheel of a BMW M235i Racing fielded by the Bonk Motorsport team. Mies is a familiar face to the team, having already made multiple appearances for the team in the VLN Endurance Championship.

The Barcelona 24 Hours will take place at the Circuit de Catalunya, which hosts the Formula One circus every year. The race starts at 12:00 this Saturday. In total, about 70 participants have registered in the various classes, including numerous BMW customer racing teams. The variety of cars in action is similar to that on the Nordschleife, ranging from GT3 cars to production-based cars.

Jake Hughes:
“I am delighted to have the chance to drive in my first 24-hour race in Barcelona. Thank you very much to BMW Motorsport and Walkenhorst Motorsport for this opportunity. I know the circuit very well, having lined up there a few times in Formula Renault. This should prove particularly helpful in the night, as I have never driven in the night before. As such, it is good to get my first experience of driving in the dark on a relatively safe and well-known Grand Prix circuit, before hopefully being able to race during the night on the Nordschleife at some point. My goal for the weekend is to drive consistently and without making any mistakes, and to gain valuable experience for the future.”

Jesse Krohn:
“I have also driven at the Circuit de Catalunya before – never in a race, but during Formula 3 tests. I have already had the opportunity to get to know our fellow drivers at Walkenhorst Motorsport. They are very nice, and very quick. They prove that regularly in the VLN. I am grateful for the opportunity to drive with them, and am really looking forward to the weekend.”

Alexander Mies:
“I am looking forward to lining up alongside ‘old acquaintances’ at the Barcelona 24 Hours. I have known the guys at Bonk Motorsport for four years and have contested many races with them. It is nice to be able to meet up with them somewhere other than the Nordschleife. I have never driven at the Circuit de Catalunya, but have already familiarised myself with the layout. I will use the practice sessions for the rest. When I look at how short the laps are compared to the Nordschleife, I cannot help but feel that it will be very tight with about 70 cars out there. As such, you must remain completely focussed at all times.”