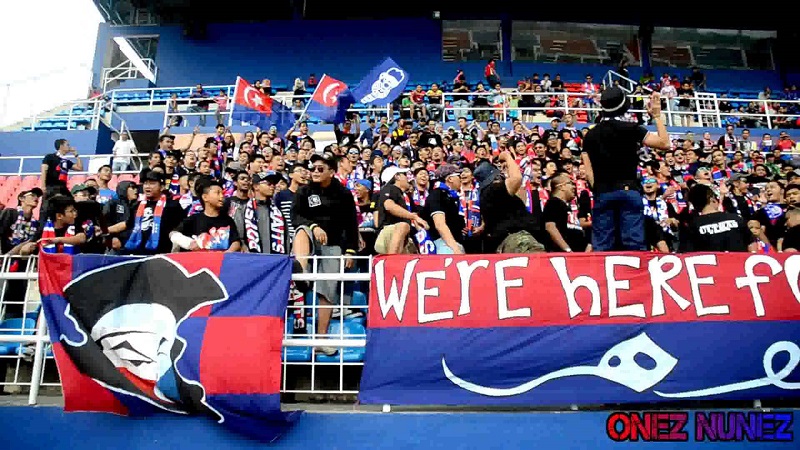 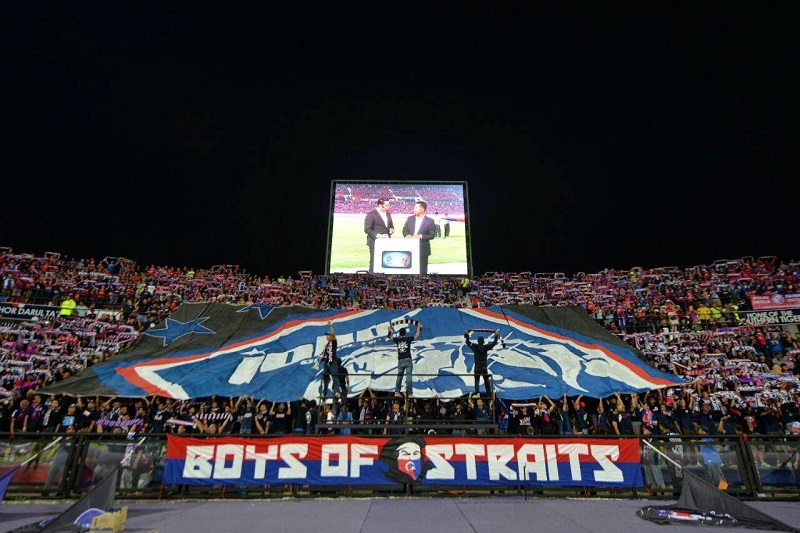 # They reflect the true ‘Bangsa Johor’ spirit
Described as the “best community” in the country ‘The Boys of Straits” have been named as among the best four at international level and among the best five ultras in Asia as they welcome 2018.
Formed to give undivided support to Malaysia’s current football kingpins Johor Darul Takzim (JDT) – the four-time Malaysian Super League champions and reigning Malaysia Cup champions – The Boys of Straits stand on par among the best internationally.
The Boys of Straits are also among the best five ultras along the ultras from Japan, South Korea, India and Indonesia on YouTube Channel Copa90.
Regardless of where a game is played The Boys of Straits always stand behind their team (JDT)- regardless in victory or defeat.
More importantly, as mentioned in the latest posting on Southern Tigers – JDT’s Facebook – besides encouraging the players on the pitch, they also show the true spirit of Bangsa Johor as Johoreans call themselves.
The Bangsa Johor spirit of unity unites all fans, regardless of race, age and religion to form a close-knit Bangsa Johor.
Not stopping at that The Boys of Straits have also been recognised as the best fans in Asia by Fox Sports Asia.
The year 2018 will be another season to “Luaskan Kuasamu Johor” as the Southern Tigers look at bigger things to come in the new season with an eye on the AFC Champions League.
The Southern Tigers will play Thailand’s Muangthong United in a Second Preliminary Round match at the SCG Stadium in Nonthaburi, Thailand on January 23.
On the local front JDT will face FA Cup champions Kedah in the Charity Shield at the Larkin Stadium – home of the Southern Tigers – on Feb 3. The match will also count towards the league points. – BY RIZAL ABDULLAH