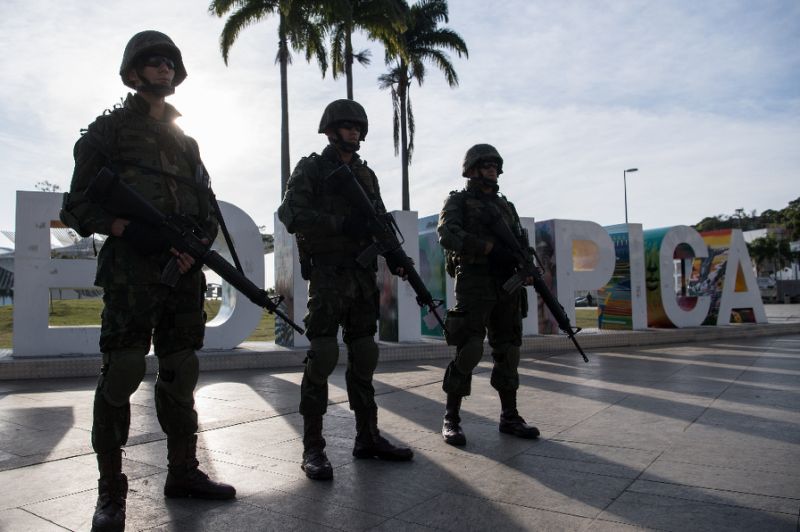 Brazil said Friday it will bolster security for next month’s Olympics in Rio following the truck attack in the French city of Nice.

Brazil’s interim president Michel Temer held an emergency meeting with his intelligence chief and members of his cabinet late Friday to weigh the next steps after the Nice attack, which killed at least 84 people.

Brazil had already planned to deploy 85,000 police and soldiers to provide security for the Olympics — running August 5-21 — double the number used in the 2012 London Games.

Etchegoyen said fears over security at the Rio Games had “gone up a notch” after the attack in Nice, where a Tunisian-born man drove a 19-tonne white truck into a huge crowd gathered to watch the annual Bastille Day fireworks display on Thursday, leaving a gruesome trail of bodies in his wake.

“We’re trading a little comfort for a lot more security,” he told a press conference at the presidential offices.

Brazilian intelligence officials met with French counterparts for a briefing on the Nice attack, he said.

“This worry will translate to more checkpoints, security, staff and procedures being put in place,” he told reporters at an air force base near the Rio international airport.

Jungmann said Brazil is corresponding with all 106 countries sending representatives to the event’s international intelligence center.

“As of now, none of these countries have informed us of a potential or concrete threat of a terrorist attack in Brazil,” Jungmann said.

Brazil is already on alert after the French military intelligence chief said France had been informed of a planned terror attack on its team at the Rio Olympics.

In June, Brazil’s intelligence service said it had detected Portuguese-language messages linked to the Islamic State group on an online forum.

An even more explicit warning came after bloody attacks in Paris in November, when a French jihadist tweeted that Brazil was the “next target.”

Jungmann said officials will supervise the Olympic delegations based on the security threat they face, with countries including the United States and France labeled as high-risk.

“The dozen or so countries in that group will have special accompaniment,” Jungmann said.

Another exercise on “confronting external threats” is planned for Saturday at the railway station in Deodoro, one of four Olympic zones in Rio along with Maracana, Copacabana and Barra da Tijuca.