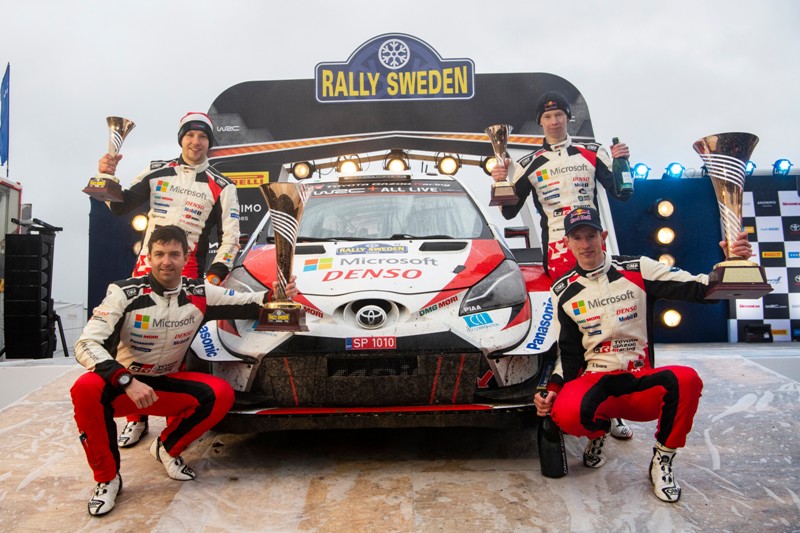 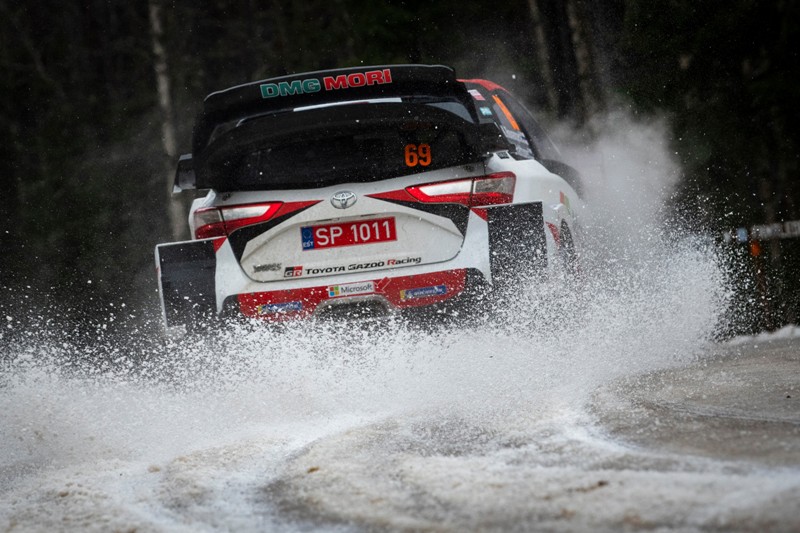 Elfyn Evans led from start to finish to secure a dominant Rally Sweden victory on Sunday afternoon and lead the FIA World Rally Championship for the first time in his career.

He became the first British driver to win the WRC’s only winter round after easing his Toyota Yaris through treacherous conditions in the closing Wolf Power Stage to finish 12.7sec clear of world champion Ott Tänak.

Unseasonably mild weather meant the schedule for the four-day rally, round two of the season, was shortened due to a lack of snow and ice. The conditions failed to deter Evans, who took the lead in the opening speed test and was never headed.

Heavy rain falling on icy roads brought an extra hazard for Sunday’s single test. With a 17.2sec overnight advantage, Evans was able to measure his pace and seal his second career victory, and a first for co-driver Scott Martin after 133 WRC starts.

“It was a tricky stage to finish and with the grip changing so much I didn’t take any chances. I felt it was a bit too much on the edge to take big chances,” said Evans, who celebrated victory on only his second rally with Toyota Gazoo Racing after switching from M-Sport Ford.

“It’s been a big effort trying to settle into a new team and these guys have made the job very, very easy and given us everything we possibly could have wanted to do this,” he added.

Second for Tänäk was a boost after a massive crash in Monte Carlo, which left the Estonian uncertain of his fitness. “The recovery took quite a bit of time and first week I was quite a bit in the pain so I was really not confident I would be fit for Sweden. The body was not really happy and it took a bit of time,” he said.

Tänak, driving a Hyundai i20, finished 7.5sec clear of Rovanperä, who stormed to fastest time to relegate Yaris colleague Ogier. After trailing the Frenchman by 0.5sec overnight, he finished 3.4sec ahead.

Esapekka Lappi was a further 8.8sec back in fifth in the leading Ford Fiesta, the Finn fending off first-round winner Thierry Neuville’s i20. Neuville is tied on points at the head of the championship with Evans, but the Welshman claims top spot on countback.

The season’s first gravel rally is next up. Rally Guanajuato Mexico is based in León on March 12-15 as the series journeys outside Europe for the first time this season.