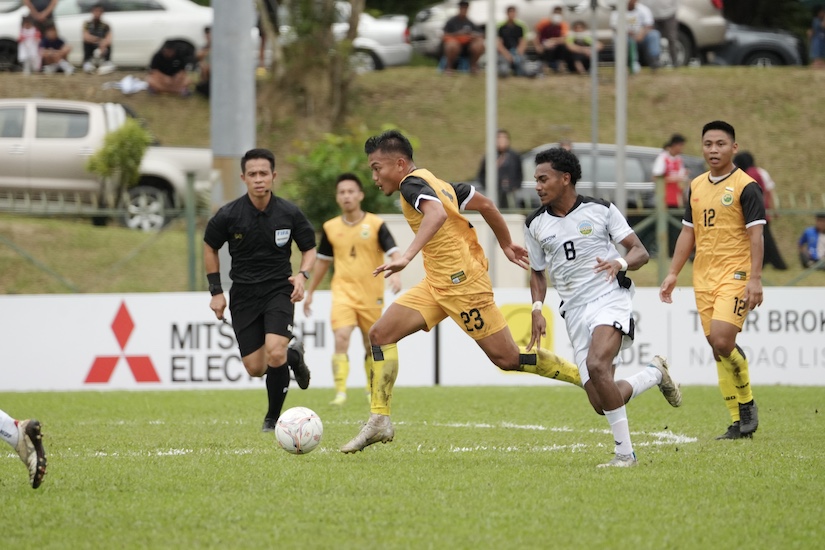 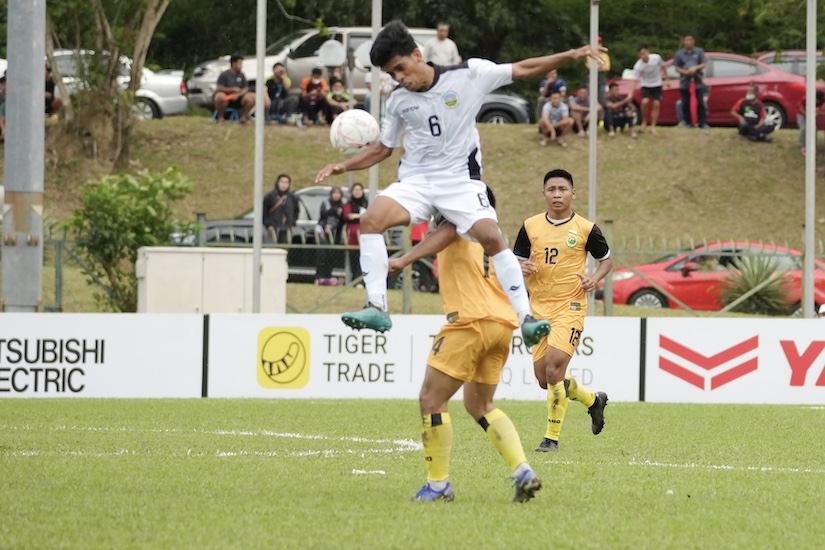 Host Brunei Darussalam took a huge step towards winning their place in the AFF Mitsubishi Electric Cup 2022 after beating Timor Leste 6-2 in the first leg of the qualification rounds here at the Track and Field Hassanal Bolkiah National Sports Complex.

Buoyed by some fervent supporters who never stopped singing throughout the exchange, Brunei DS played with a lot of confidence in the midst of the ever-changing weather conditions to pile on the goals as they seek to make a return to the blue riband event since 1996.

“We knew that the last 20 minutes were going to be crucial and we got the goals we wanted. Now we are within the chance of making the final rounds for the first time since 1996,” said Brunei DS head coach Mario Rivera.

After two near misses from two freekicks, Brunei opened the scoring in the 18th minute when lanky striker Abdul Azizi Rahman picked up the through pass from Hakeme Yazid to score.

In the 33rd minute, Azizi then smashed his and Brunei’s second goal of the game off a corner as Timor Leste then pulled a goal back from captain Mouzinho De Lima to put the score at 2-1 at the break.

Into the second half and the substitution for Razimie Ramli gave Brunei more pace and in the 59th minute, he duly paid that faith when he evaded his markers to restore the team’s two-goal advantage.

But Timor Leste were not giving up and in the 64th minute, Timor Leste closed the gap with a firing finish from Jhon Oliveira.

And just ten minutes later, Razimie turned provider with his hard work down the flank for playback to Azwan Saleh, who had little trouble finishing it off.

With the score at 4-2, Brunei were still not finished yet – not even by a long shot as Wafi Aminuddin (89th minute) and then  Razimie (90th) headed home two corners on a trot to put the game beyond Timor Leste’s reach.

“It was a game of chances and Brunei scored against the run of play,” said Timor Leste head coach R. Gopalkrishnan.