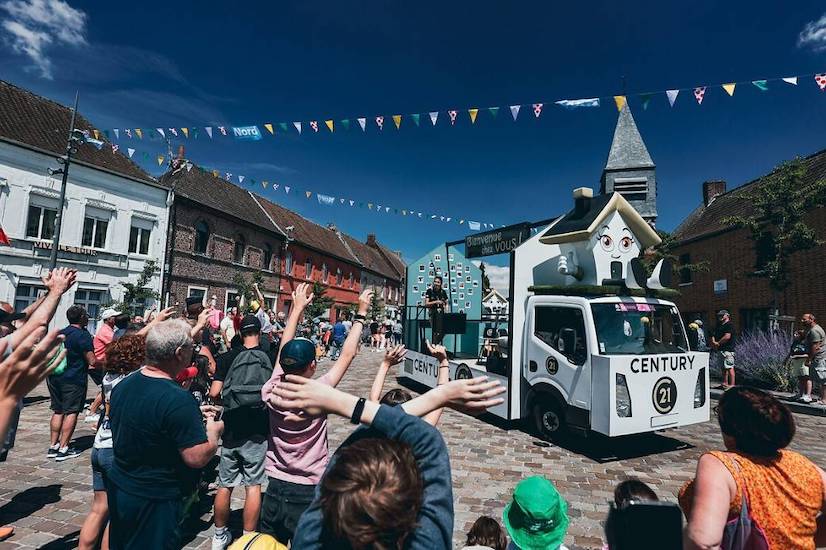 After six years as an Official Partner, CENTURY 21 is joining the select club of sporting award partners as the sponsor of the Combativity Award in three of the most prestigious cycling events in France: the Tour de France, Paris–Nice and the Critérium du Dauphiné from 2023 through 2025.

The Combativity Award is given at the end of each stage to a rider who has stood out for his sense of initiative, panache and motivation to push the limits, values which are closely aligned with the ethos of CENTURY 21.

The real estate franchise network was also one of the original partners that supported the Tour de France Femmes avec Zwift from day one. It will maintain this commitment for the next three years as an Official Provider.

The 950 agents that make up the network will get plenty of opportunities to meet the public, deepen their local roots and promote values such as engagement, team spirit, solidarity, proximity and combativity!

“We are proud to attach our name to this prestigious award, which has made a fine addition to the results of the greatest cyclists in history, such as Eddy Merckx, Bernard Hinault and Laurent Jalabert, but this prize also highlights the human qualities that we espouse within our network. By supporting new cycling races across France, as we did last year with the Tour de France Femmes avec Zwift, we also bring our network of agents closer to their local populations and give them a chance to share intense, beautiful emotions with the public.” Charles Marinakis, Managing Director, Century 21 France.

The real estate company will continue to shine through its charitable commitment to the “One kid, one bike” initiative, which has Bernard Hinault as its public face and aims to collect bicycles in perfect working condition to give them to children from underprivileged families. Since 2017, CENTURY 21 agents across France have given out more than 850 bicycles and counting! Onwards to 2023, 2024, and 2025 editions of the Tour de France!

Christian Prudhomme, Director of the Tour de France : “CENTURY 21 has been supporting the Tour de France since 2017 and it is with great pleasure that this joint adventure will continue for another three years. As proof of its deep commitment to cycling, CENTURY 21 is also involved in Paris-Nice, the Critérium du Dauphiné and the Tour de France Femmes avec Zwift. Cycling races are free shows for spectators, they pass by your home, visiting all the territories of metropolitan France, from the largest cities to the smallest villages. This deep-rootedness of the Tour is also present at CENTURY 21 with its network of 950 agencies.”